Tropical Storm "Ida" formed in the Caribbean Sea at 21:20 UTC on Thursday, August 26, 2021, as the 9th named storm of the 2021 Atlantic hurricane season. At the time, its center was located 160 km (100 miles) WSW of Negril, Jamaica and 205 km (130 miles) SE of Grand Cayman. Ida's core is expected to move over western Cuba Friday afternoon or evening (LT), August 27, and then across the southern and central Gulf of Mexico this weekend until landfall in Louisiana late Sunday or early Monday, August 30.

A Tropical Storm Warning is in effect for the Cayman Islands, Cuban provinces of Matanzas, Mayabeque, Havana, Artemisa, Pinar del Rio, and the Isle of Youth.

Tropical storm conditions are expected in portions of the Cayman Islands tonight and in portions of western Cuba and the Isle of Youth on Friday, where a dangerous storm surge is expected to raise water levels by as much as 0.6 to 1.2 m (2 to 4 feet) above normal tide levels in areas of onshore winds along the immediate coast of the Isle of Youth and near and to the east of where the center crosses the coast of western Cuba. Near the coast, the surge will be accompanied by large and destructive waves. Life-threatening heavy rains, flash flooding and mudslides are expected across Jamaica, the Cayman Islands, and western Cuba, including the Isle of Youth, the National Hurricane Center (NHC) warns.2

There is an increasing risk of life-threatening storm surge inundation along the coasts of Louisiana, Mississippi, and Alabama, where a Storm Surge Watch is in effect.

There is an increasing risk of dangerous hurricane-force winds beginning Sunday, August 29 along the portions of the coasts of Louisiana and Mississippi, including metropolitan New Orleans, where a Hurricane Watch is in effect. Ida is likely to produce heavy rainfall Sunday into Monday, August 30 along the central Gulf coast resulting in flash, urban, small stream, and riverine flooding. 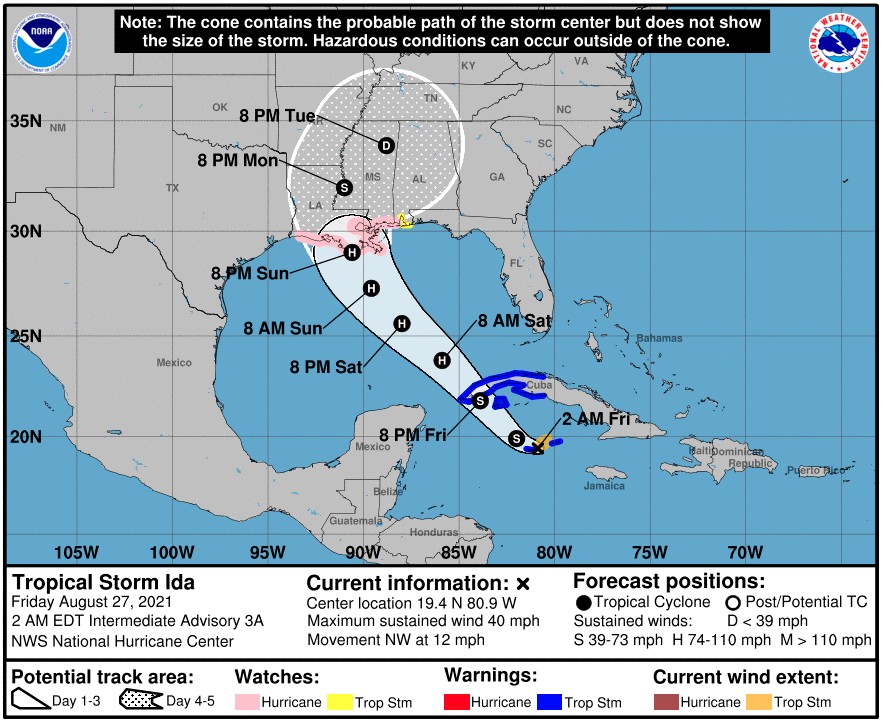 "A mid-level ridge centered off the southeast U.S. coast is expected to shift westward on Friday and over the weekend," NHC forecaster Cangialosi noted.2

"This feature should keep Ida moving on a general northwestward track for the next 2 or 3 days, taking the core of the system over western Cuba Friday afternoon or evening and then across the southern and central Gulf of Mexico this weekend.

"Although some model timing differences remain, they are in fairly good agreement that Ida will make landfall in Louisiana late Sunday or early Monday.

"The GFS and ECMWF ensemble members basically span a similar region and are most concentrated across the state of Louisiana. Users are reminded to not focus on the exact forecast track as impacts will extend far from the center and the average 72-hour track error is around 120 miles [200 km]." 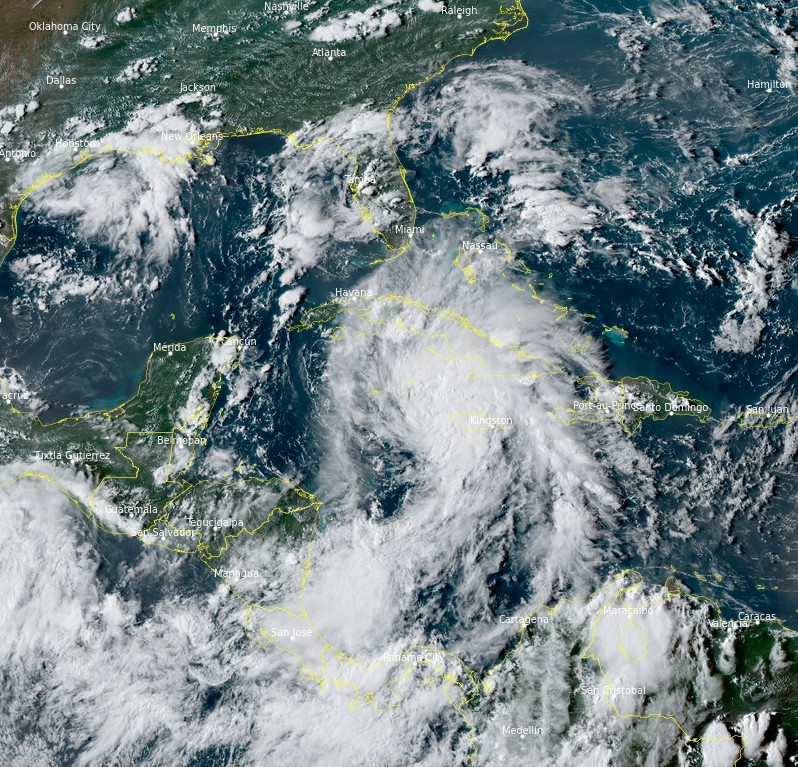