Multiple people had to be rescued from their flooded homes, including a young child, said AccuWeather National Reported Bill Wadell1 who was at the scene in Havenwood Garden Apartments at the time. This is less than 16 km (10 miles) N of Panama City, FL.

"This region just really got hammered by the back end of Fred," Wadell said.

"Storm surge, howling winds, and power outages all preceded Fred, and they continued to build upon landfall. Over 36 000 customers in Florida were without power at one point Monday evening," AccuWeather's Adriana Navarro reported.1

Fred weakened into a depression over extreme southeastern Alabama at 09:00 UTC on August 17. At the time, its center was located about 25 km (15 miles) SSW of Columbus, Georgia.

"By the middle of the week, Fred or its remnants will lift northward and impact the central Appalachians and Mid-Atlantic. Landslides are possible across the mountains of North Carolina and Blue Ridge Escarpment today." 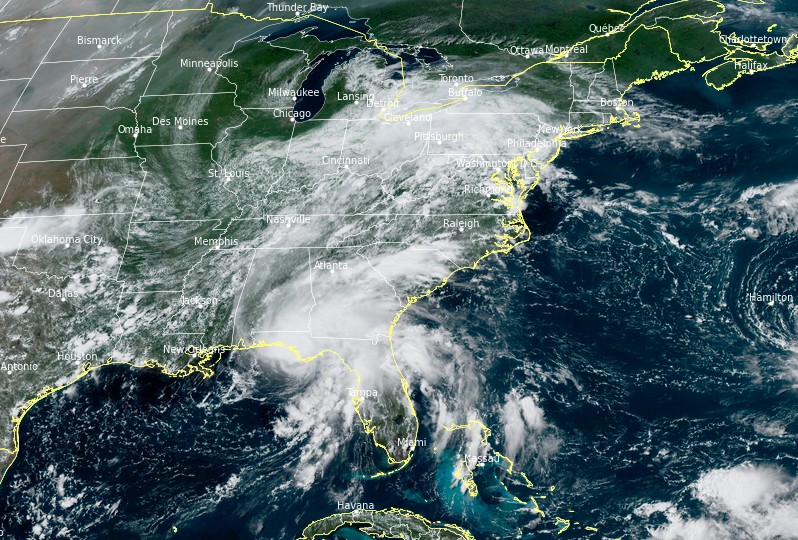 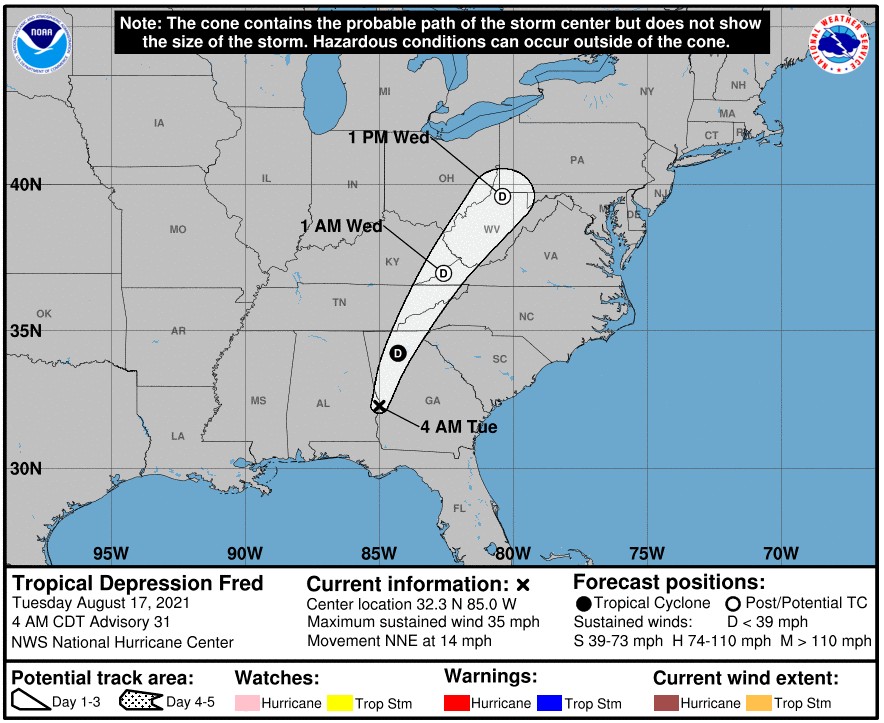 At the time Fred was making landfall, a new tropical cyclone was forming near Bermuda and was named Henri at 21:00 UTC. Meanwhile, Tropical Depression "Grace" was dumping heavy rains on quake-stricken Haiti.4