Wildfires that started in southern Turkey on Wednesday and Thursday, July 28 and 29, 2021, have devastated entire villages, claimed at least 4 lives, and forced the evacuation of hotels and dozens of villages.

More than 70 wildfires broke out on Turkey's Aegean and the Mediterranean coasts and some inland areas over the past week, with most of them under control as of Saturday, July 31.

14 of them are still burning today, mostly in the Mediterranean resort region of Antalya and the Aegean resort province of Mugla, Reuters reports.

The wildfire that started in Antalya's Manavgat on Wednesday, July 28 left a trail of destruction in its path, burning down houses, especially in villages. Some 2 300 buildings were affected, with 126 of them destroyed.

Another 465 buildings were affected in Silifke, Aydıncık, and Gülnar districts of Mersin province.

30 buildings were damaged and 4 villages were evacuated in Osmaniye.

No buildings were affected by the fire in Marmaris, except a hotel that sustained partial damage from the fire, Murat Kurum, Minister of Environment and Urban Planning said. 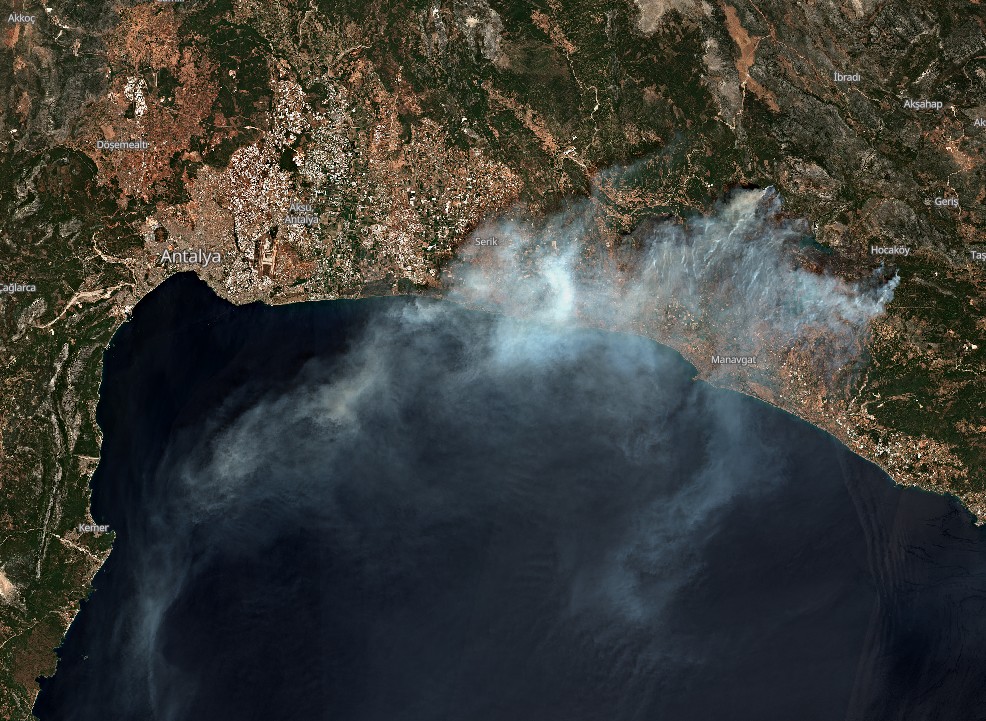 The death toll rose to 4 on Thursday, with 3 fatalities reported in Manavgat, 75 km (45 miles) E of Antalya.

The fourth victim was found in the Marmaris area of Mugla, 290 km (180 miles) W of Manavgat. These fires are still active but residential areas are now out of risk.

More than 180 people were injured.

President Recep Tayyip Erdoğan said that intelligence units and the Interior Ministry are looking into the causes of the fires.

"This is not something we will ignore. After all, these are fires that, although broke out in different places, happened almost at the same time, from Manavgat to Marmaris and Bodrum," he said.

What is going on in #Turkey can anyone confirm this video's??? Is it Conspiracy against #Turkey ? #fire was produced by someone???see this #Turkeyisburning #TurkeyIsOnFire #PrayForTurkey @trtworld pic.twitter.com/SyZ3HGcQ5Z

Erdoğan said 45 helicopters were dispatched to the fire-hit areas and the number of airplanes intervening in the blazes rose to six on Friday, The Daily Sabah reported.

Erdoğan added they were also receiving planes from Russia and Ukraine, and Azerbaijan would also send an amphibious plane, which is more effective in handling forest fires than regular planes.

"We have 1 080 fire trucks and 280 water tankers in affected areas, along with 2 270 'first response vehicles' and 660 bulldozers and other heavy equipment. 10 550 people, from firefighters to forest preservation officers are working on the ground. We have positive progress (in terms of extinguishing the fires)," he said 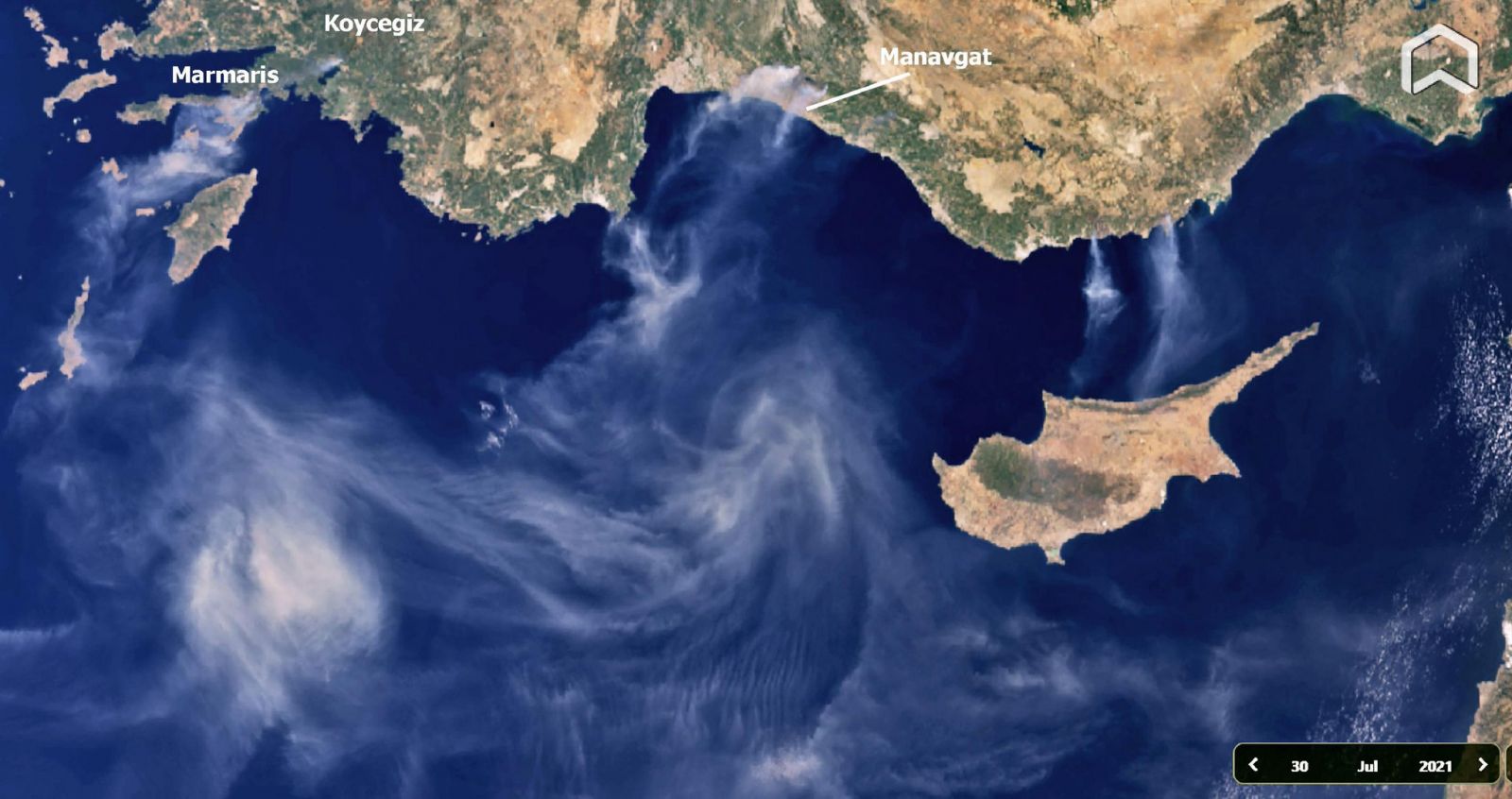