An artificial intelligence system developed by Oxford researchers and ESA's Φ-lab called Worldfloods, which will pioneer the detection of global flood events from space, has launched from Cape Canaveral in Florida, U.S., at 19:00 UTC on June 30, 2021. The work is a first step towards disseminating real-time information from space to disaster response teams.

The Oxford team has developed an AI model called Worldfloods, specifically designed for deployment in specialized hardware in space on low-cost satellites in Low Earth Orbit.

It is a flood segmentation model that will detect flood events, improving disaster response operations significantly. It has major implications in bringing down the cost of such technologies, making them available for low-income countries.

Some regions, like the USA, Europe, and Japan, have access to quality imaging resources from defense organizations and commercial satellite operators through domestic space agencies, like NASA, ESA, and JAXA. However, some of the worst flood-hit regions are in developing countries. Of the top 20 countries by disaster mortality in proportion to their population between 1990 and 2017, the top five are either low or lower-middle-income countries.

"We show that our models can process large volumes of hyperspectral data, yet fit the constraints of hardware deployed on the satellite. Specifically, we report results on the on-board co-processor Intel Movidius Myriad2, which we found was able to process a 12 MP image in less than a minute." 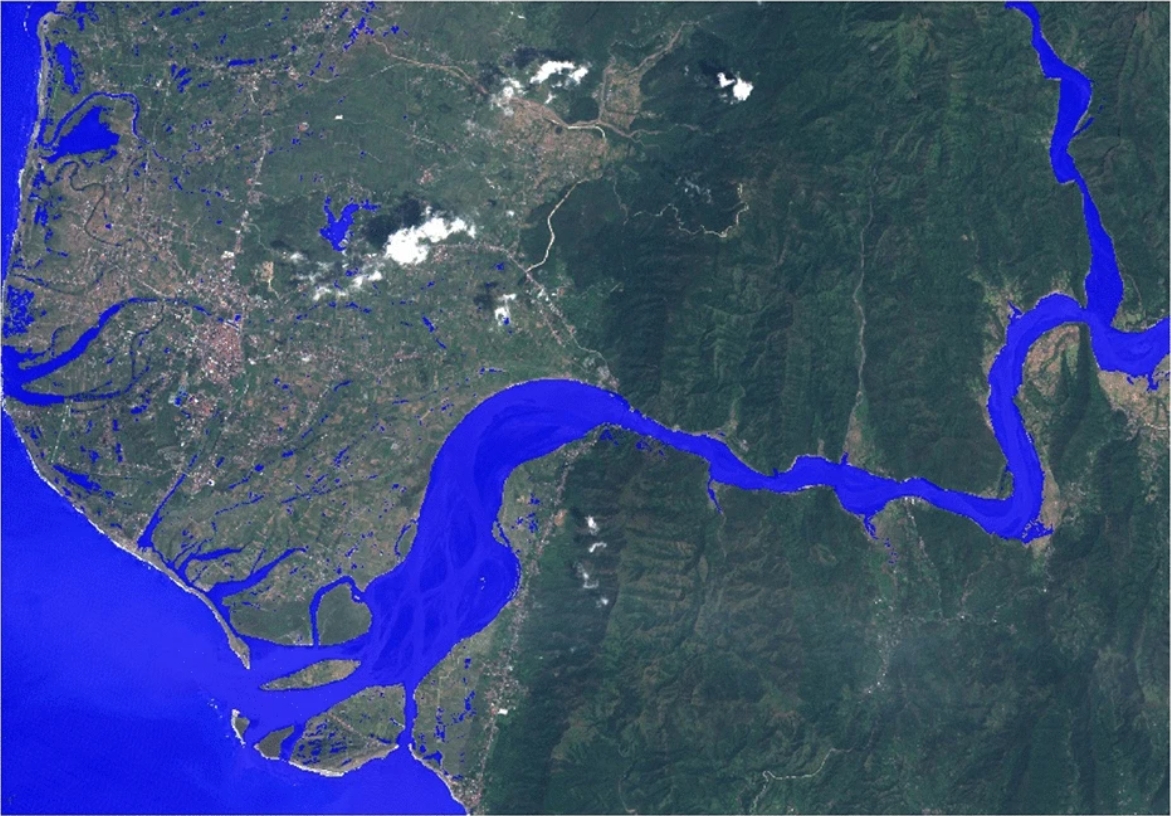 "This will be the first time a machine learning model for this type of task will be actually deployed in space, said Atılım Güneş Baydin, based at the Departments of Engineering Science and Computer Science, Oxford.

"It's a very significant step in bringing machine learning and artificial intelligence operations to space."

The international team conducted the research as part of the Frontier Development Lab Europe, a partnership among the University of Oxford, ESA's Φ-lab, Trillium Technologies, and other AI leaders like Google Cloud and Intel.

Spaceborne Earth observation is a key technology for flood response, offering valuable information to decision makers on the ground. Very large constellations of small, nano satellites— ’CubeSats’ are a promising solution to reduce revisit time in disaster areas from days to hours. However, data transmission to ground receivers is limited by constraints on power and bandwidth of CubeSats. Onboard processing offers a solution to decrease the amount of data to transmit by reducing large sensor images to smaller data products. The ESA’s recent PhiSat-1 mission aims to facilitate the demonstration of this concept, providing the hardware capability to perform onboard processing by including a power-constrained machine learning accelerator and the software to run custom applications. This work demonstrates a flood segmentation algorithm that produces flood masks to be transmitted instead of the raw images, while running efficiently on the accelerator aboard the PhiSat-1. Our models are trained on WorldFloods: a newly compiled dataset of 119 globally verified flooding events from disaster response organizations, which we make available in a common format. We test the system on independent locations, demonstrating that it produces fast and accurate segmentation masks on the hardware accelerator, acting as a proof of concept for this approach.