According to Chief Minister Mamata Banerjee, around 20 000 mud houses and temporary shelters in Bengal were already destroyed or damaged.

"I have not seen anything like this before," said Bengal minister Bankim Hazra after sea waters inundated low-lying areas in Digha.

Tidal waves of 2 – 3 m (6.5 – 10 feet) above the astronomical tides were expected to continue to flood the low-lying areas of Balasore, Bhadrak, Kendrapara, and Jagatsinghpur districts over the next few hours. 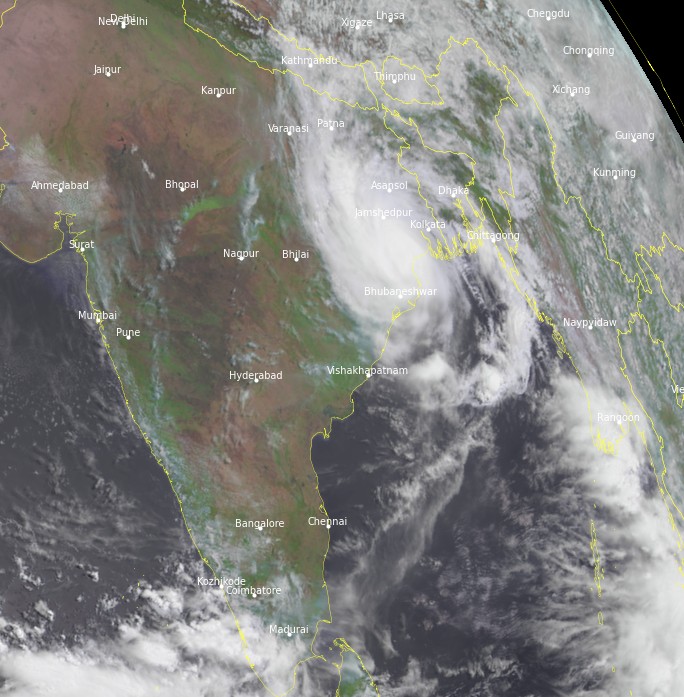 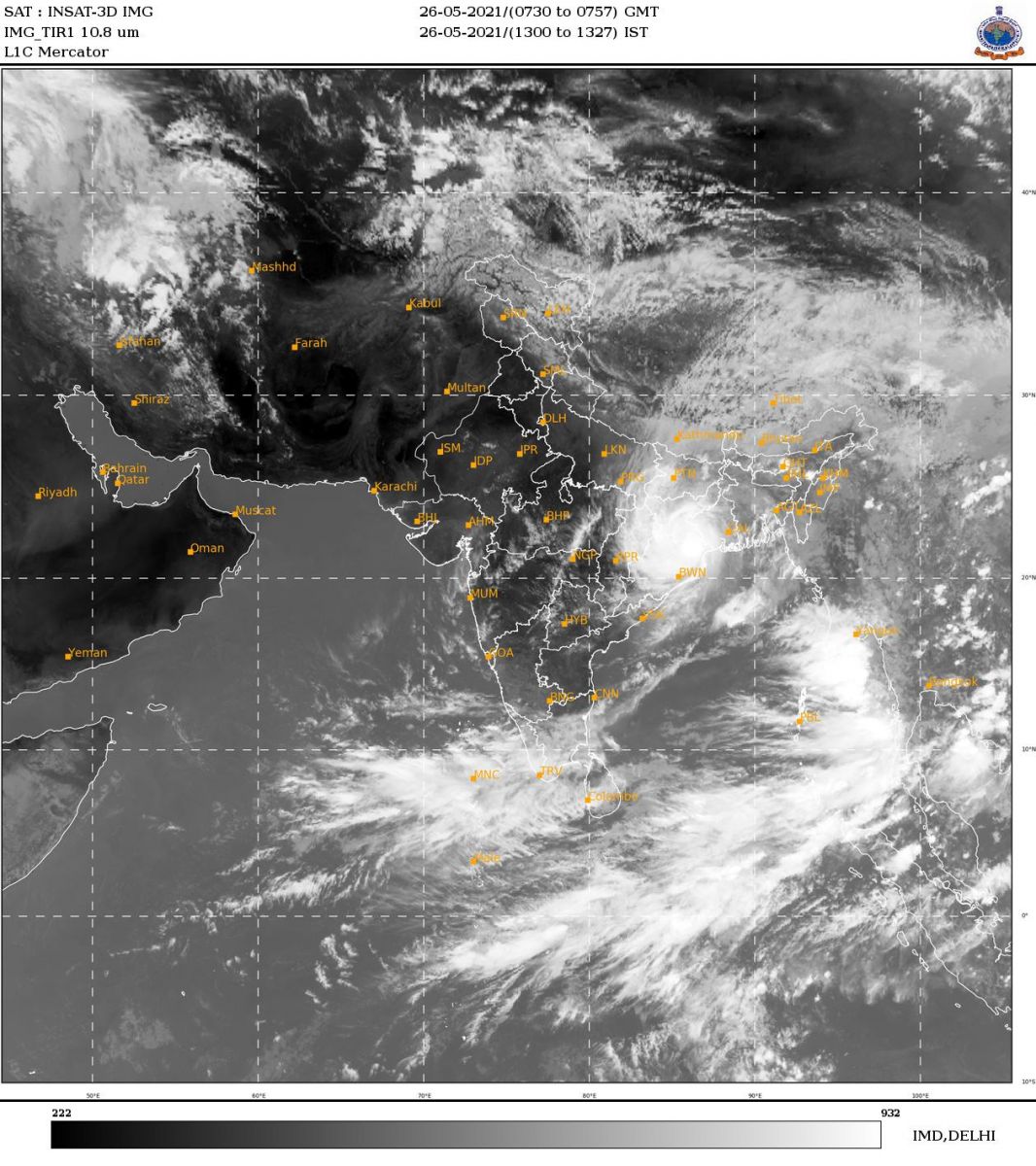 A record 115 National Disaster Response Force teams have been deployed.

Nearly 1.8 million people have evacuated ahead of the landfall, around 600 000 from low-lying areas of Odisha and 1.15 million from West Bengal.

At least 2 people were electrocuted to death and around 80 homes were partially damaged after a tornado hit Hooghly and North 24 Parganas on May 25, Banerjee said. 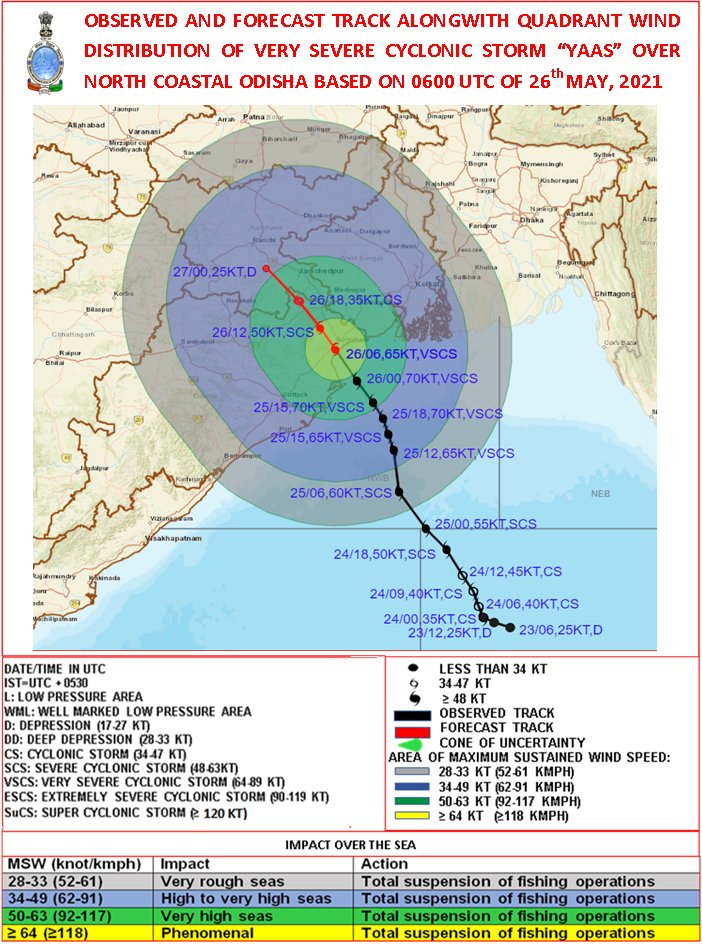