A short-lived explosive eruption began at Great Sitkin volcano, Alaska at 05:04 UTC on May 26, 2021, and lasted for about 1 to 2 minutes. The Aviation Color Code was raised to Red at 05:30 UTC. This was the first significant explosion at the volcano since 1974.

"Since that explosion, seismicity has decreased and satellite images show that the ash cloud has detached from the vent and is moving towards the east," the Alaska Volcano Observatory (AVO) said at 06:03 UTC.

Additional explosions are possible and the Aviation Color Code remains at RED and the Volcano Alert Level at WARNING. 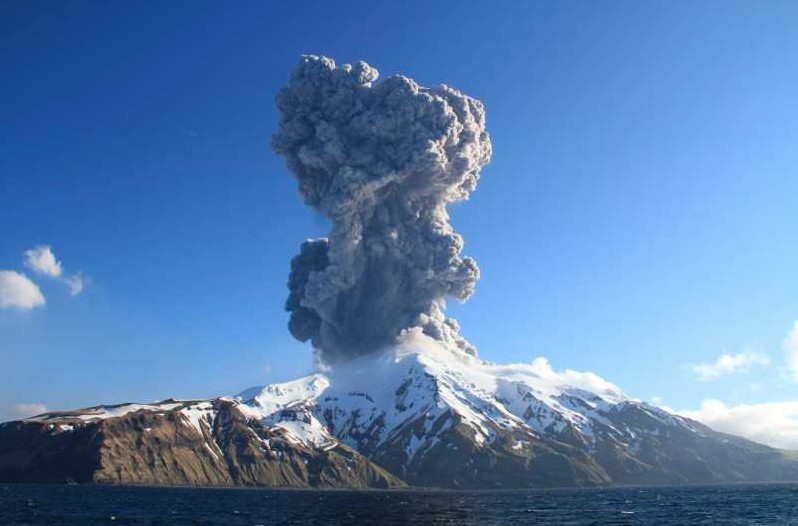 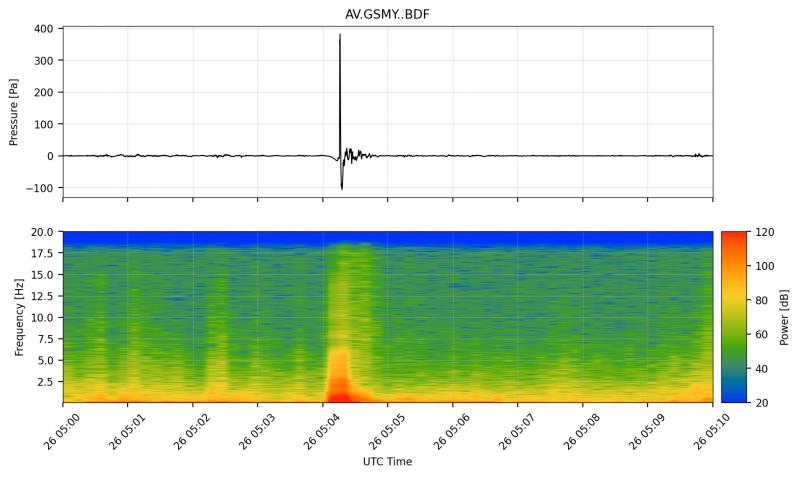 Infrasound signal from the eruption of Great Sitkin on May 26, 2021. The top plot is the infrasound (low-frequency sound) wave recorded on station GSMY, roughly 6 km (3.7 miles) from the vent. The eruption produced a single, loud blast at around 05:04 UTC. The bottom plot is the spectrogram, showing the frequency content of the infrasound over time. Credit: AVO/UAF-GI, David Fee

"It had a very loud, audible and low-frequency sound to it. I guess a good analogy would be if you shake up a bottle and then you pop the cork and get an explosion out the top. That’s kind of what happened here." said David Fee, a coordinating scientist at AVO.

"We haven’t seen an eruption like this from Great Sitkin at least as long as I’ve been around here," Fee said. "So it could quiet down or we could expect continued activity. We’ll just have to wait and see." 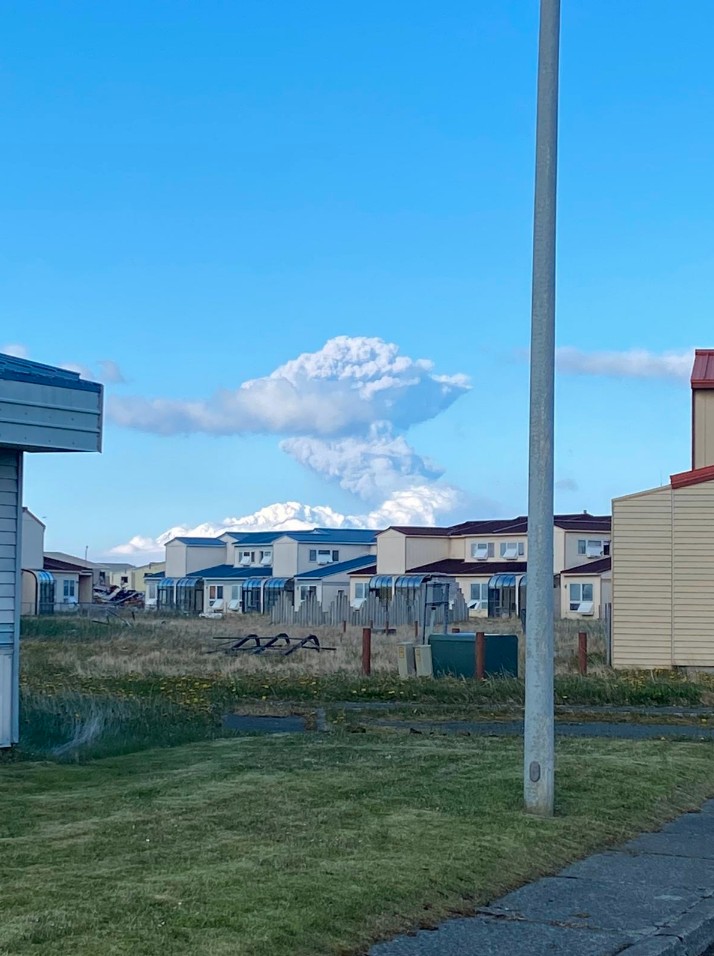 AVO started detecting an increase in local earthquake activity on May 24, indicating an increased potential for eruptive activity, and prompting the observatory to raise the Aviation Color Code to Orange and the Volcano Alert Level to Watch.