Parts of southern Madagascar are under the worst drought conditions since at least 1981. The region is now in its fifth year of drought which wiped out harvests and hampered access to food. In three months to January 2021, there was less than 50% of the normal quantity of rainfall. In addition, up to 60% of harvests are expected to be lost in the coming months.

This is the fifth below-average rainy season reported in southern Madagascar in the last six years, with the Grand Sud affected by its most severe drought since 1981.

The worst affected are children and women, with three out of four children quitting school, mostly to help their parents forage for food.

As of May 12, there are at least 70 000 children who are acutely malnourished and the number is rising daily, Welthungerhilfe (WHH) reports.

If rapid emergency assistance is not provided, there is a risk that the famine will spread, endangering the lives of up to a million people, WHH said.

Marlene Müller, WHH Programme Director described the situation in the south as dramatic.

"Our colleagues in the south report that some fields have turned to dust and sand because of the lack of rain," said Müller.

"The small farmers normally harvest their crops at this time of year to feed their families. Instead, the children must go hungry because they are not getting enough to eat. People are feeding on leaves, berries, and locusts. The small farming families have no way to get enough healthy food, or to earn an income."

"They have no reserves left. Without rapid assistance from outside, they are threatened by starvation."

Over the past six years — 2015/16 – 2020/21 — southern Madagascar has experienced five below-average rainy seasons. The past two consecutive below-average seasons have led to a severe reduction in staple food production and declined livestock herd size and body condition, FEWS reported. 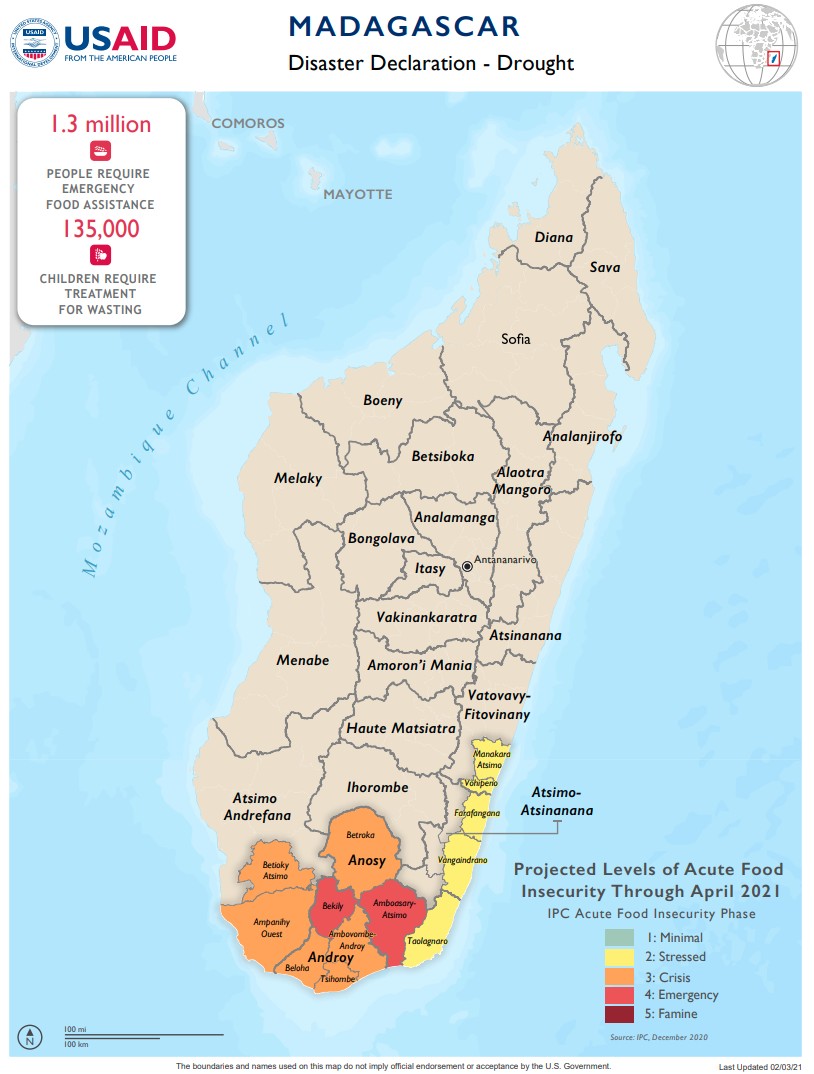