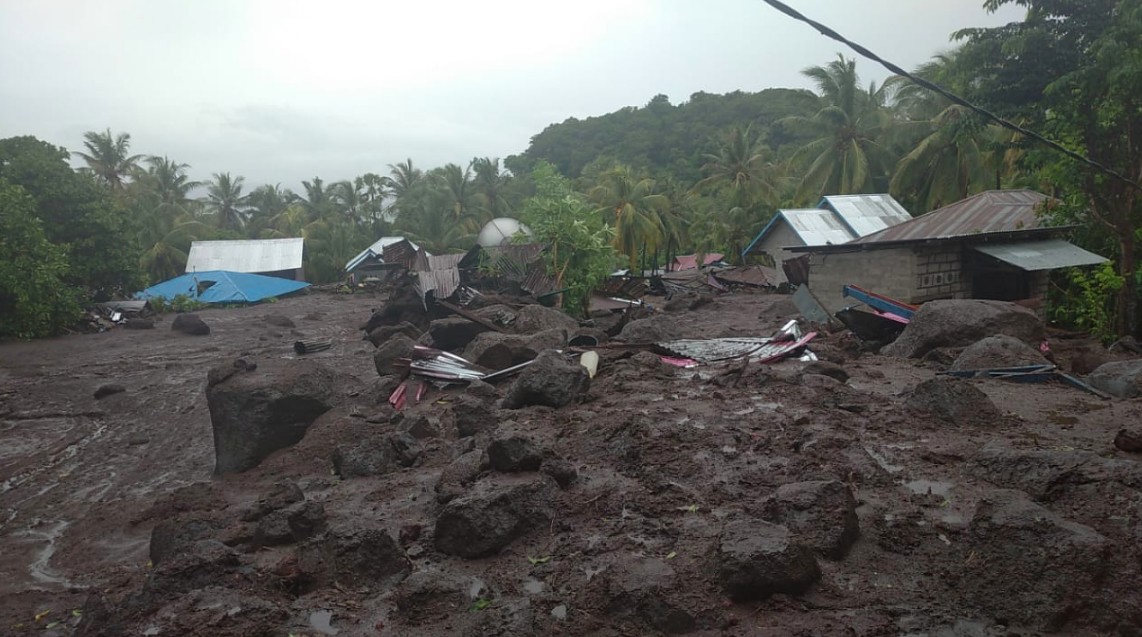 At least 44 people have been killed and hundreds are reportedly missing after heavy rains struck Indonesian East Nusa Tenggara province, triggering floods and landslides early Sunday morning, April 4, 2021. The worst-hit area is East Flores regency where heavy rains are expected to continue into the next week.

According to the National Disaster Management Agency, the disaster buried dozens of homes, swept away several other houses, and destroyed roads and bridges.

Two people are missing and four were injured in Waiburak village where overnight rains caused rivers to burst their banks, flooding large areas of the East Flores district.

According to the head of Nele Lamadike village, hundreds of people are missing after a massive landslide hit part of the village in the early hours of Sunday.

Severe flooding was also reported in the town of Bima, West Nusa Tenggara after dams in four sub-districts overflowed, submerging nearly 10 000 homes. At least 2 people were killed and nearly 10 000 forced to evacuate.