After a few months of low-level activity, a strong explosion took place at Japan's Sakurajima volcano at 02:55 UTC on December 2, 2020.

Part of the eruptive column was obscured by a meteorological cloud, making height estimate difficult. 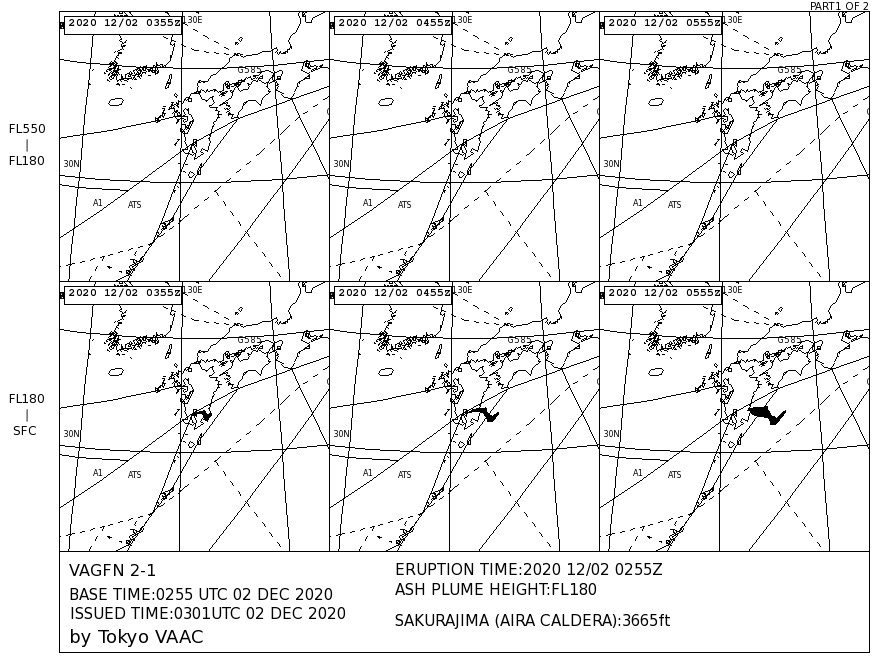 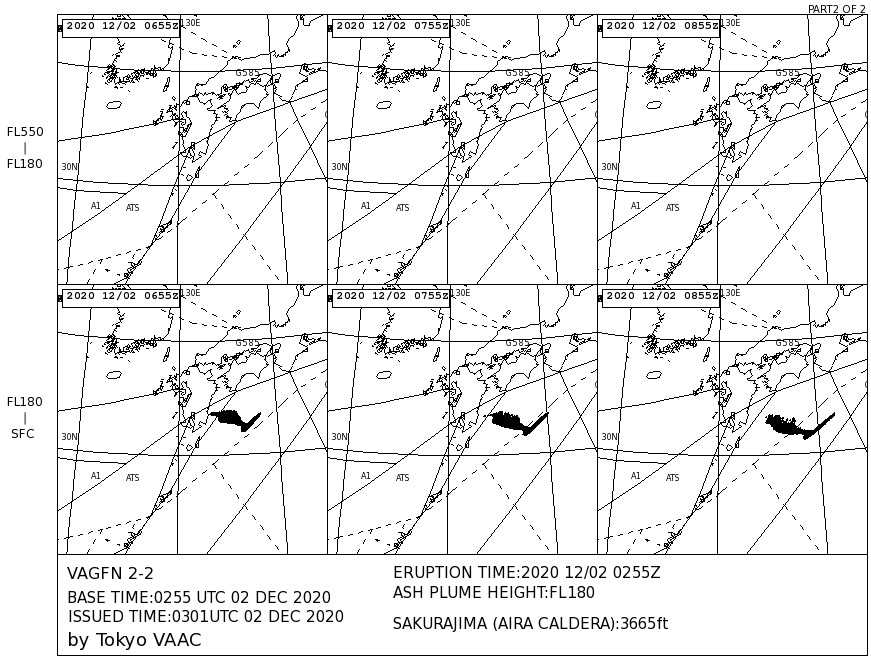 Sakurajima's Volcanic Alert Level remains at 3 (do not approach the volcano) since February 5, 2016.

On July 1, 2020, a panel organized by the Japan Meteorological Agency warned Sakurajima may erupt on a larger scale sometime in the future.

The frequency of eruptions at Minamidake summit crater has been on the decrease, while the volume of volcanic ashes remains constant– indicating that the upcoming eruption may be bigger than usual, JMA said.

In addition, the panel noted that the bloating and lifting of the mountain, as well as crustal movement, have been observed on the volcano since September 2019.