The alert level at Indonesia's Merapi has been raised from level 2 to 3 (on a scale of 1 – 4) on November 5, 2020, after a significant increase in seismicity. The volcanic-tectonic activity has remained elevated since powerful eruptions on June 21, when the volcano ejected ash up to 6 000 m (20 000 feet) above sea level.

After the explosive eruption of Merapi on June 21, there was a shortening of the base distance in the Northwest Babadan-RB1 sector by 4 cm (1.5 inches).

The distance shortening continued at a rate of about 3 mm (0.12 inches) per day until September.

The seismicity then intensified since October as the shortening rate reached 11 cm (4.3 inches) per day. 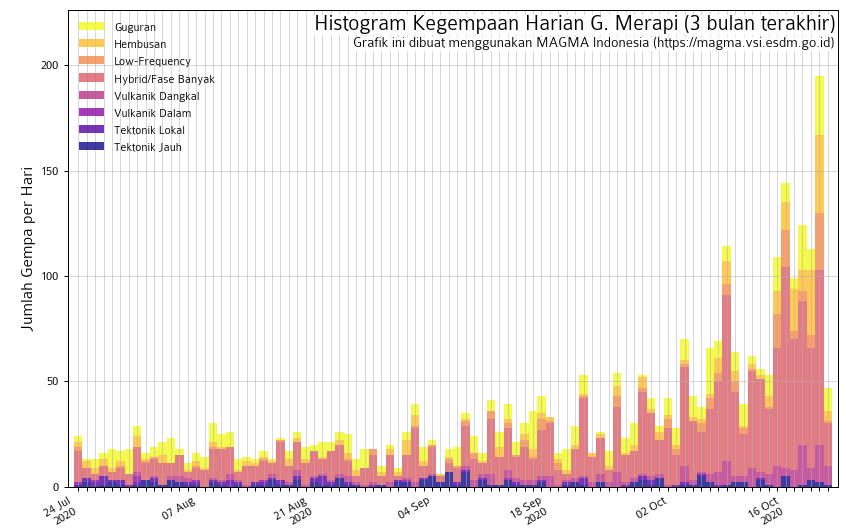 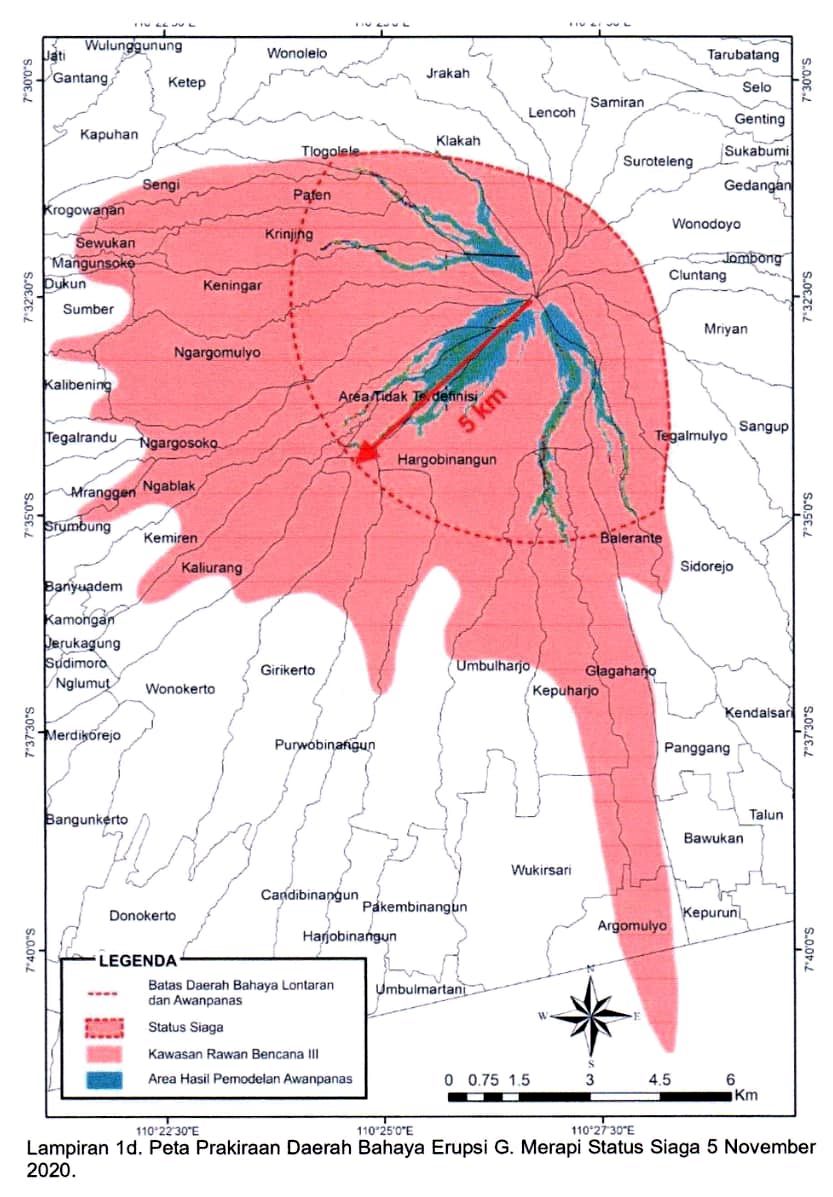 As of November 3, no new lava dome has been observed. However, under these conditions, a rapid extrusion of magma or an explosive eruption is possible.

The warning bulletin stated that ballistic impacts and pyroclastic flows may affect an area of about 5 km (3 miles) from the main crater.

This prompted authorities to raise the alert level to 3, with 4 being the highest, as of November 5.

Miners were advised to stop activities in the river channels nearby. Tourists were also warned not to engage in activities, including climbing the mountain.