Migrating tornadoes that are increasingly occurring in the southeastern United States have been found to be more dangerous and twice as deadly as twisters elsewhere in the country, according to an analysis by the Environment & Energy Publishing (E&E News). A shift of tornado activity from the Great Plains to the Southeast exposed heightened danger by concentrating such storms in a far more perilous landscape covered by forest that conceals tornadoes and occupied by mobile homes that are easily destroyed.

During the March 2019 Alabama tornado in eastern Alabama, 19 of 23 victims died in mobile homes. A year later, March 2020, a tornado packing 273 km/h (170 mph) ripped through central Tennessee, killing 19. The tornadoes swirled along the ground for only a few minutes, but the two are considered the deadliest natural disasters in the U.S. since 2019.

These storms show an alarming trend that is disregarded amid concern about wildfires and floods– tornadoes are increasingly occurring in the Southeast, where they are twice as fatal as twisters elsewhere in the U.S.

According to NOAA records dating back to 1950, tornado activity has increased in the Southeast since the late 1990s, and the trend and death toll has risen in the previous years.

"The number of killer tornadoes in the Southeastern U.S. is disproportionately large when compared to the overall number of tornadoes throughout the country," said NOAA. 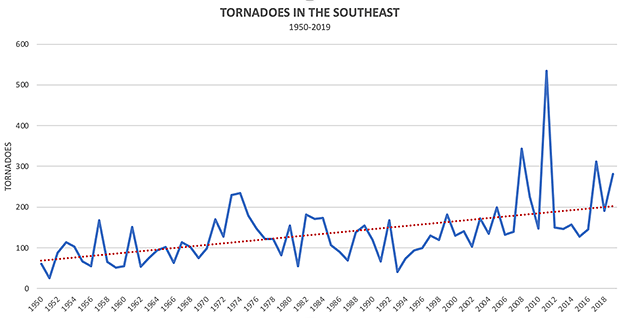 Since January 2019, NOAA records show that 99 of the country's 120 tornado-related fatalities, or 83 percent, occurred in the Southeast.

In the 2010s, 54 percent of tornado deaths happened in the Southeast, while 25 percent occurred in the 1980s. The Southeast includes Alabama, Arkansas, Georgia, Louisiana, Mississippi, and Tennessee– an area called "Dixie Alley" by some tornado analysts. Meanwhile, west of the Mississippi River, the Great Plains region called "Tornado Alley" has become safe.

Throughout Tornado Alley, there have been 24 tornado fatalities since the beginning of 2016, according to NOAA data. This region includes Iowa, Kansas, Missouri, Nebraska, Oklahoma, South Dakota, and Texas. 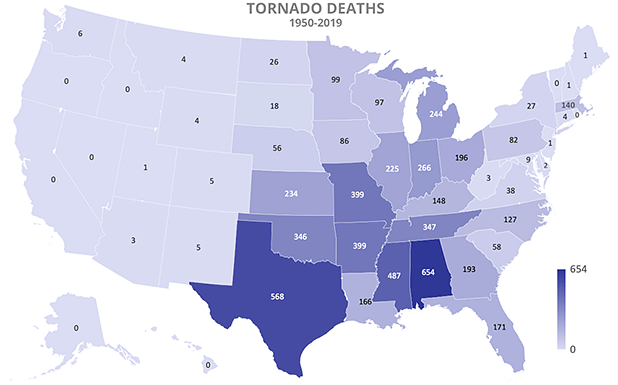 Agee's study published in the Journal of Applied Meteorology and Climatology concluded that Alabama and Tennessee had replaced Oklahoma as the epicenter for annual tornado activity.

The migration of tornadoes has raised scientific questions, mainly about the impact of climate change and whether tornadoes in the Southeast have certain unique traits that make them more dangerous, such as a tendency to occur in the middle of the night.

"Whether tornadoes are driven by trends in a climate still needs more research," said Christopher Nowotarski, a tornado researcher at Texas A&M University.

"The shift is interesting from a scientific perspective. But the cause does not matter," said Northern Illinois University professor Victor Gensini, a leading tornado researcher.

"The reality is, we have people in these [Southeastern] regions who are way more vulnerable. The shift is real, and it's putting a lot more people at risk."

The analysis found that tornado activity nationwide was almost identical in the two 35-year periods. There were 18 992 tornadoes from 1950 to 1984, and 19 418 tornadoes from 1985 to 2019. In the Southeast, the number of twisters increased by 42 percent, while the number decreased by 20 percent in the Great Plains.

The analysis also noted that the number of tornado-related fatalities nationwide dropped by 37 percent, from 3 629 deaths between 1950 and 1984 to 2 281 deaths from 1985 to 2019. The decline was due to better warnings and safety measures.

"You have a pretty similar tornado risk for each region, but the Southeast has greater population density mixed with all those vulnerabilities," said Stephen Strader, an atmospheric scientist at Villanova University. 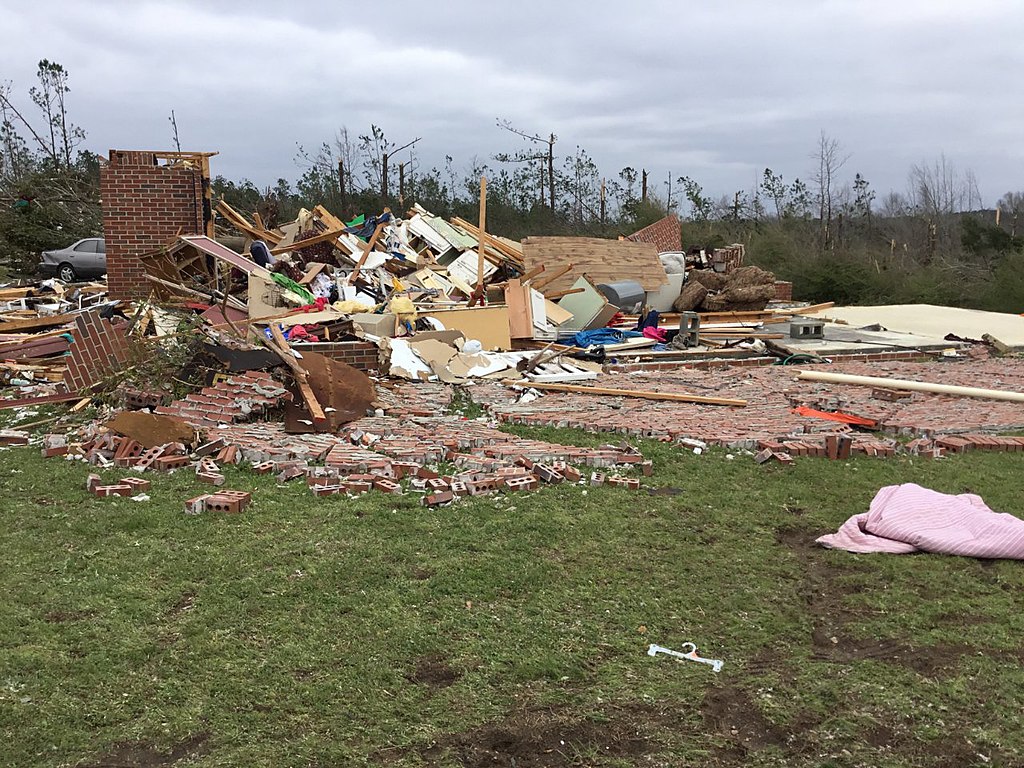 E&E mentioned as well that the tornado damage from 1950 through 209 is 176 billion dollars, which adjusts for inflation and does not include crop damage.

"That's roughly the same as the $170 billion cost of Hurricane Katrina, the most damaging disaster in U.S. history, according to NOAA's estimate. The relatively minor property damage is one reason tornadoes have received less attention than other disasters from researchers and insurance companies."

Strader added, "Mobile homes are not a huge loss for insurers, so there's not much incentive for insurance companies to get involved unless they want to save lives. Most people in mobile homes aren't really in a financial position to make big changes to their homes."