Medicane Cassilda, known as Ianos in Greece, formed on September 16, 2020, as the first named storm of the 2020/21 Mediterranean medicane season.

At least 3 people have been killed, one person is missing and nearly 1 000 had to be rescued.

Ionian Sea islands of Zakynthos, Kefalonia, and Ithaca, and areas around the cities of Kardiutsa and Farsala in central Greece are among the worst hit.

According to official estimates, 5 000 properties were flooded in Karditsa alone.

The storm moved through central Greece after striking the Ionian islands and exited back into the Mediterranean Sea. 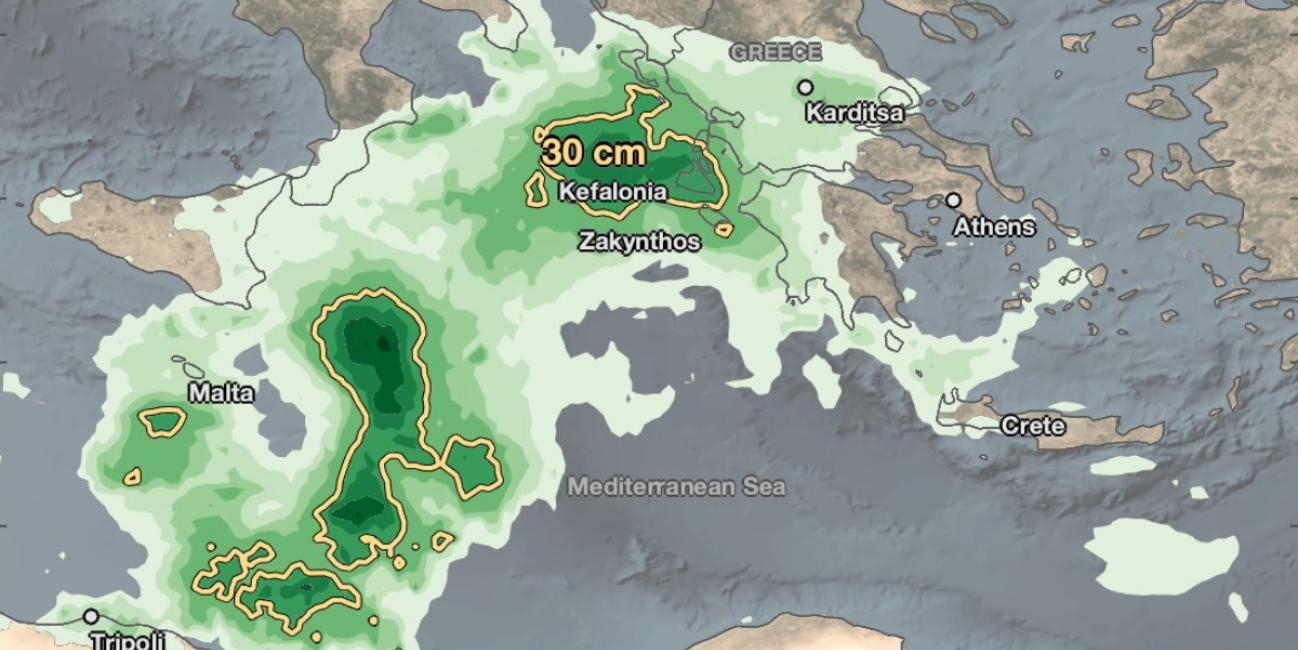 The yellow line shows the approximate location of the storm’s low-pressure center, based on output from NOAA’s GFS model analysis.

By 23:00 UTC on September 20, IMERG estimated that the storm left rainfall accumulations in excess of 150 mm (5.9 inches) in central and western coastal Greece and 300 mm (11.8 inches) in parts of the Ionian Islands, in particular Kefalonia.