Significant flash and urban flooding is occurring and will continue for the middle and upper Texas coast today, NHC forecasters noted.

The slow motion of Beta will continue to produce a long duration rainfall event from the middle Texas coast to southern Louisiana. Flash, urban, and minor river flooding is likely. 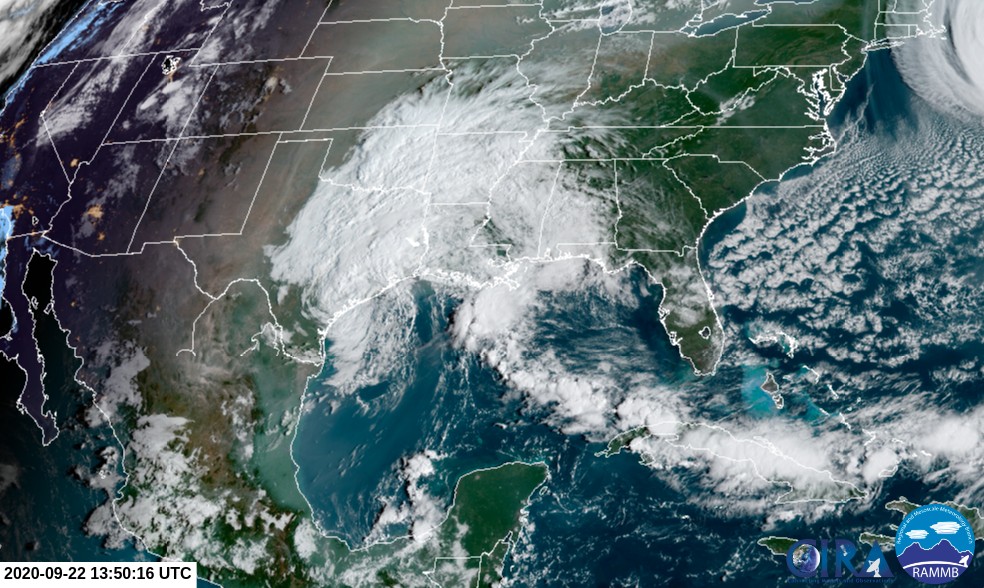 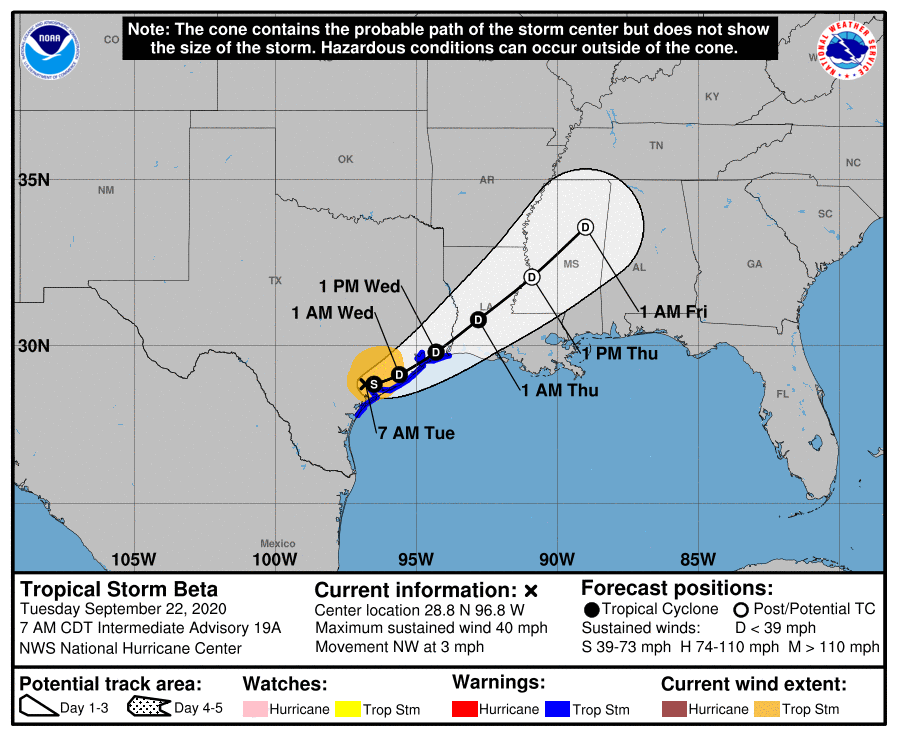 Periods of rainfall will continue into the ArkLaTex region and spread east into the Lower Mississippi Valley and portions of the Southeast through the end of the week. Flash, urban, and isolated minor river flooding is possible.

Storm surge flooding will continue throughout the morning, around the times of high tide along portions of the Texas coast within the storm surge warning areas.

Tropical-storm-force winds will continue near portions of the Texas coast within the warning area today.

"Beta is expected to stall inland over Texas today but will then begin to move slowly toward the east-northeast tonight," NHC forecaster Stewart noted.

"An east-northeast to northeast motion with increasing forward speed is expected Wednesday through Friday. On the forecast track, the center of Beta will move inland over southeastern Texas through Wednesday and then over Louisiana and Mississippi Wednesday night through Friday."