Indonesian Sinabung volcano started erupting at 18:58 UTC on August 7, 2020, for the first time since June 2019. Authorities are urging residents and tourists to stay outside a 3 km (1.8 miles) radius from the crater. The Alert Level remains at III (Siaga/Alert).

According to the Darwin VAAC, the eruption ejected volcanic ash up to 4.5 km (15 000 feet) above sea level, drifting ESE. Volcanic ash was not discernable on satellite imagery due to the presence of a meteorological cloud.

Another eruption took place at 10:18 UTC with volcanic ash rising up to 3.3 km (11 000 feet) a.s.l., moving ESE. Height was based on ground reports due to meteorological cloud obscuring ash on satellite imagery. 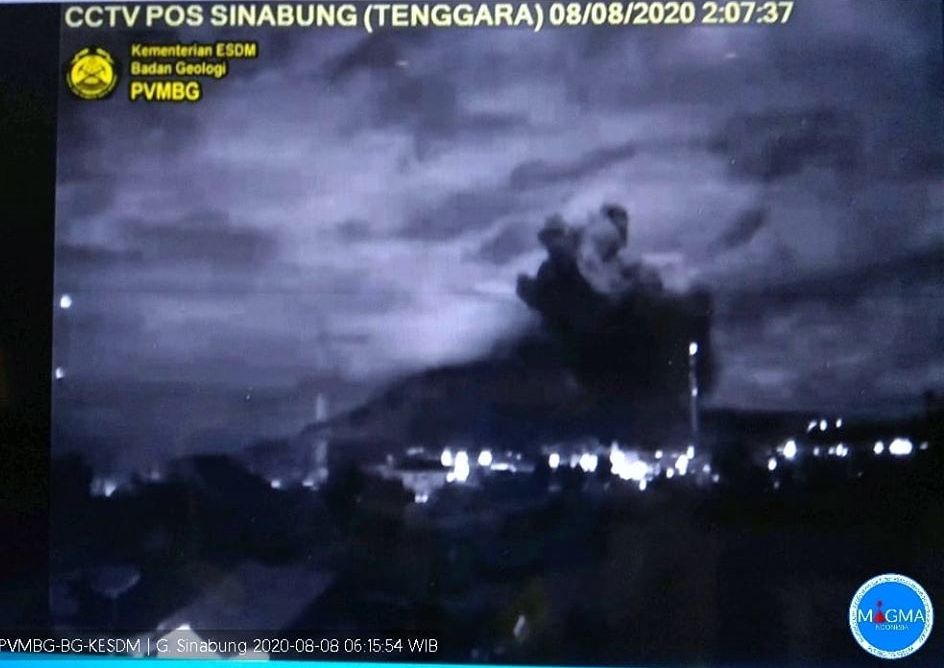 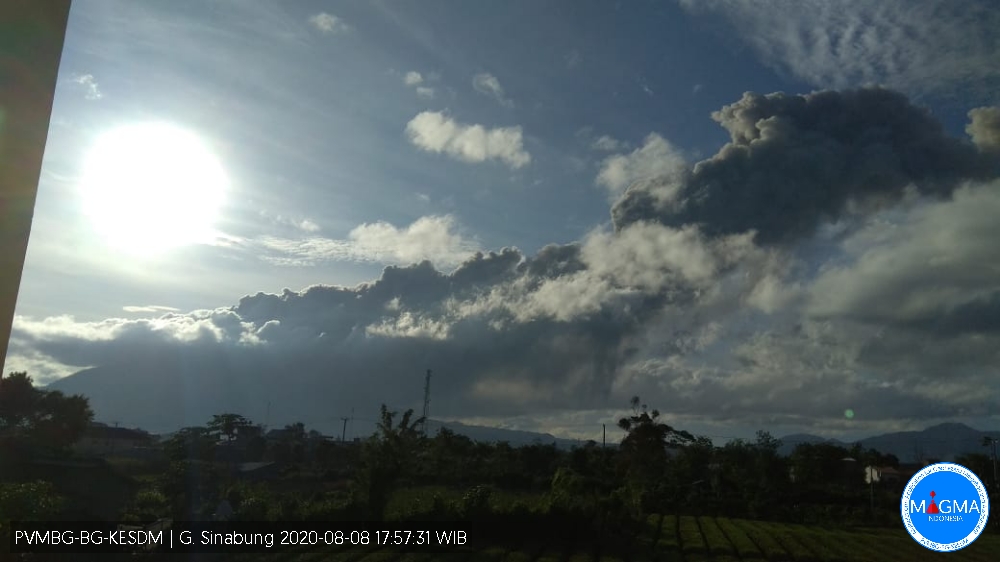 Muhammad Nurul Asrori of the Sinabung observation post said the volcano started erupting at 01:58 LT and continued for one hour.

Karo Disaster Mitigation Agency (BPBD) acting chairman Natanael Perangin-angin said that at least four districts were affected by the eruption – Naman Teran, Merdeka, Berastagi and Dolat Rayat. Although the volcanic ash covered the districts, authorities said no residents had been displaced by the eruption.

Ash was reported as far as Berastagi, some 30 km (18 miles) from the volcano.

Local authorities said there were no casualties caused by the eruption, but locals living around the volcano were shocked by the event after ash covered their plantations and killed crops.

Officials of the disaster agency, along with local military and police personnel, had distributed 1,500 masks and assisted locals in cleaning the volcanic ash. The local fire department dispatched five trucks to help the cleaning. 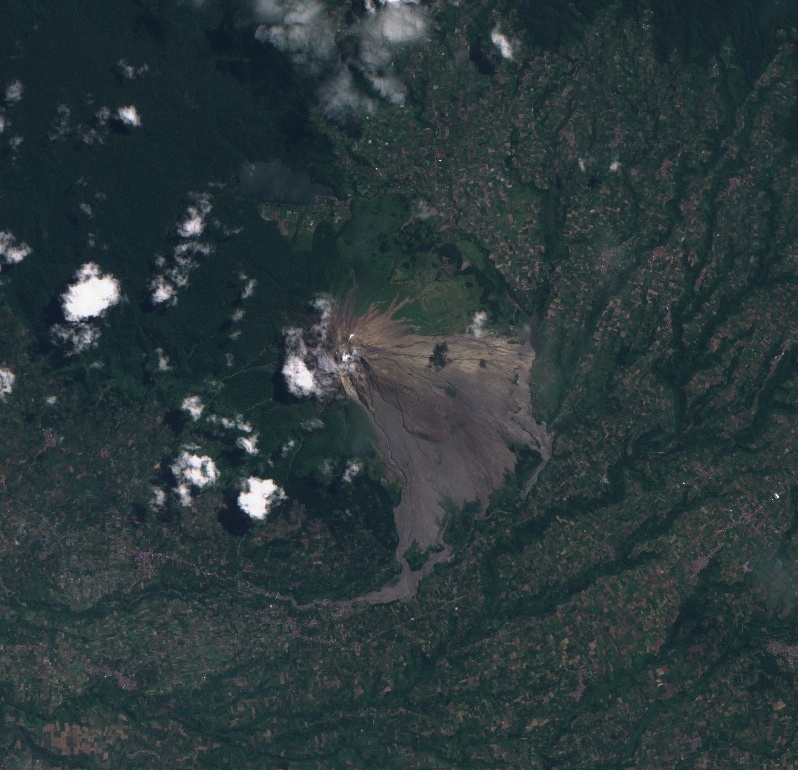