A major wildfire emerged in Cherry Valley, Southern California, on Friday evening, July 31, 2020, prompting evacuation orders for more than 8 000 people in Riverside and San Bernardino counties. The blaze, called the Apple Fire, has spread to 10 860 ha (26 850 acres) of land by Tuesday, August 4, and is only 15 % contained.

The fire burned up the side of Mount San Gorgonio overnight. One single-family home and two outbuildings were destroyed near Avenida Maravilla by Saturday, August 1.

Officials urged evacuations in parts of Cherry Valley and Banning Bench in Riverside County. Residents in Oak Glen and the Potato Canyon area were also ordered to flee. More than 2 500 households were prompted to leave, affecting some 8 000 individuals.

The Forest Service closed the San Gorgonio Wilderness, as well as the associated roads and parking lots. Other places closed down were Big Falls Trail, Falls Picnic Area, and the Pacific Crest Trail between the Forest boundary and Onyx Summit. 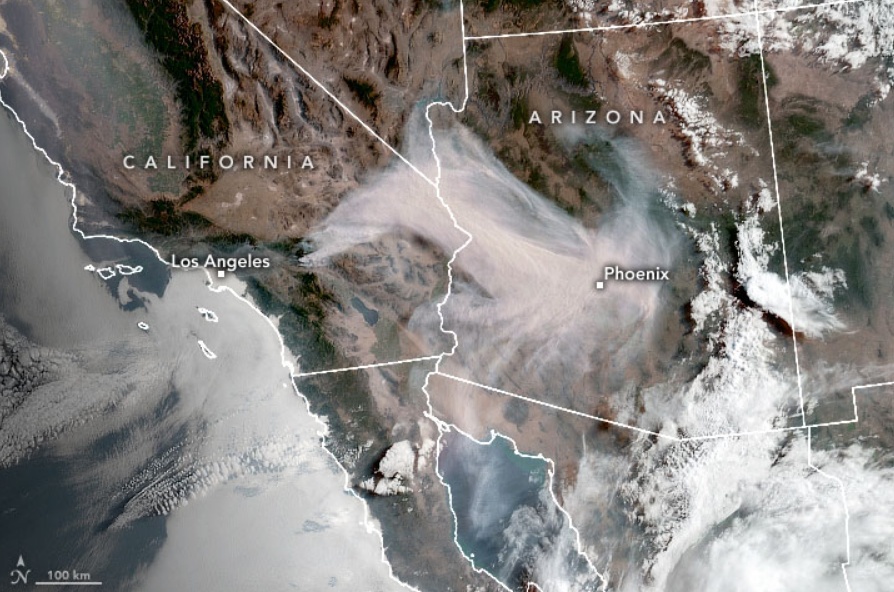 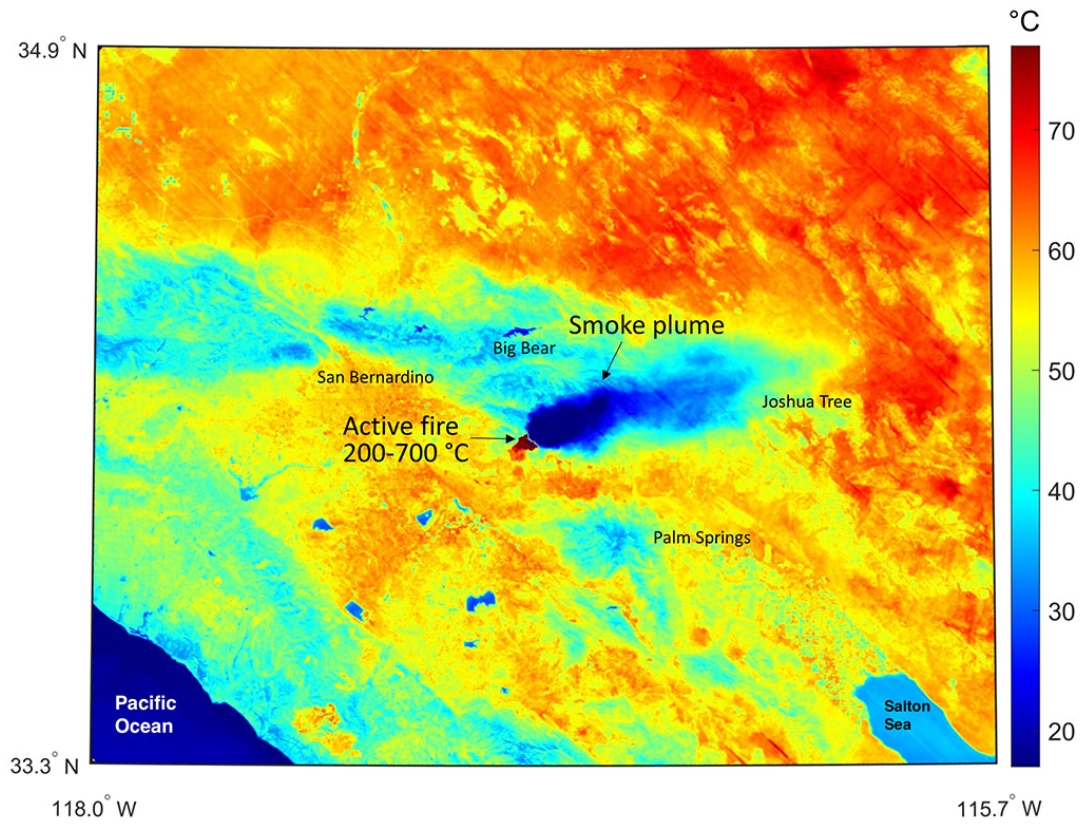 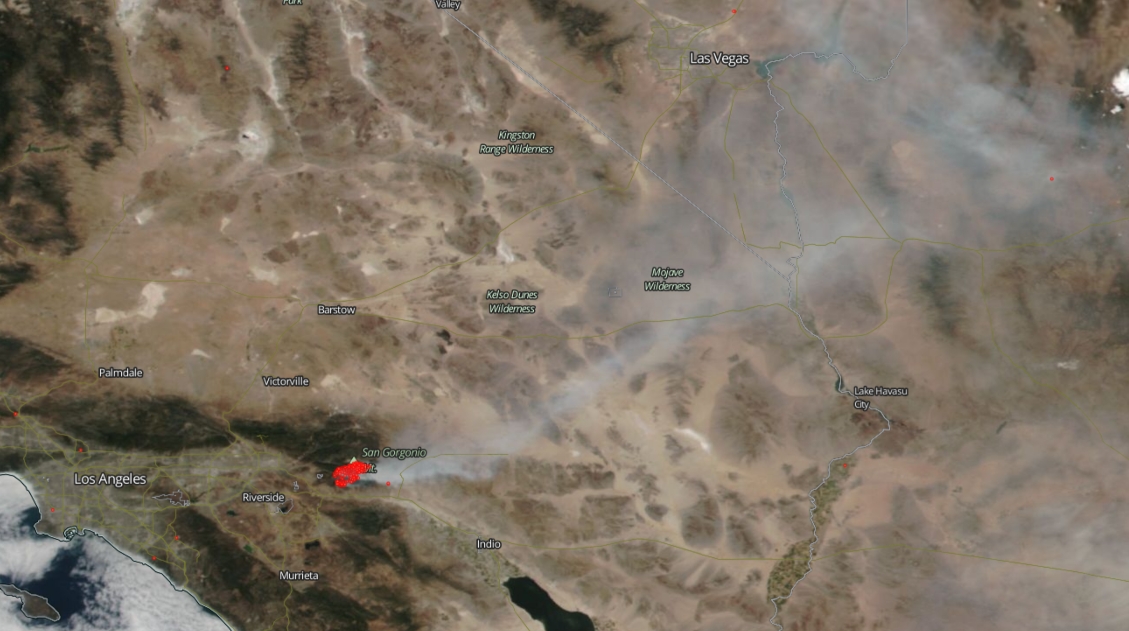 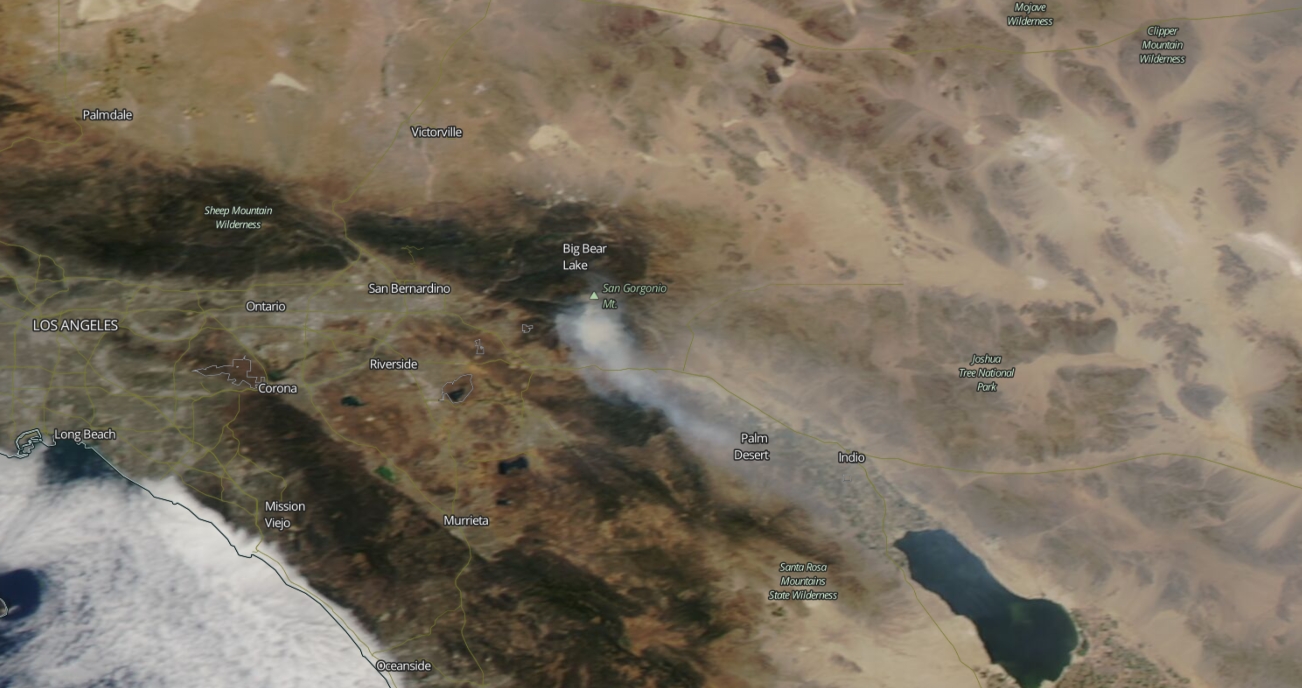 Record-low moisture in the vegetation and hot temperatures contributed to the spread of the fire.

Weather.com senior meteorologist Chris Dolce said it has been in the low to mid 100s during the past several days at the area of the wildfire, which is above the average high of around 36 °C (97 °F).

Temperatures are expected to drop near average this week, but will still be dry and hot.

"The fuels are there, and they’re ripe," said Daron Wyatt, a spokesman for incident commanders.

Almost 2 600 firefighters are at the scene fighting the blaze, which is headed for the heart of the San Bernardino National Forest.

Smoke may cause unhealthy air quality levels in parts of the San Gorgonio Pass, the Coachella Valley, and eastern Riverside County and in the East San Bernardino Mountains, warned the South Coast Air Quality Management District.

According to the Associated Press, officials reported Monday that the wildfire was sparked by a malfunctioning diesel vehicle.

The California Department of Forestry and Fire Protection said the vehicle emitted burning carbon from its exhaust, igniting fires on Oak Glen Road. Authorities asked anyone who may have seen such a vehicle to coordinate with investigators.