Based on all available data, hazardous tsunami waves are forecast for some coasts, PTWC said at 06:55 UTC, adding that it's still waiting for more data to confirm.

A Tsunami Warning is in effect for:

A Tsunami Advisory is in effect for:

If you are in a tsunami warning area:

* Evacuate inland or to higher ground above and beyond designated tsunami hazard zones or move to an upper floor of a multi-story building depending on your situation.

* Move out of the water, off the beach, and away from harbors, marinas, breakwaters, bays and inlets.

* Be alert to and follow instructions from your local emergency officials because they may have more detailed or specific information for your location.

* If you feel a strong earthquake or extended ground rolling take immediate protective actions such as moving inland and/or uphill preferably by foot.

* Boat operators, where time and conditions permit, move your boat out to sea to a depth of at least 55 m (180 feet).

* Do not go to the shore to observe the tsunami.

* Do not return to the coast until local emergency officials indicate it is safe to do so.

The Tsunami Warning was canceled for the coastal areas of South Alaska and the Alaska Peninsula and the Aleutian Islands at 10:23 UTC.

"A tsunami was generated by this event, but no longer poses a threat," NTWC said. "Some areas may continue to see small sea level changes. The determination to re-occupy hazard zones must be made by local officials." 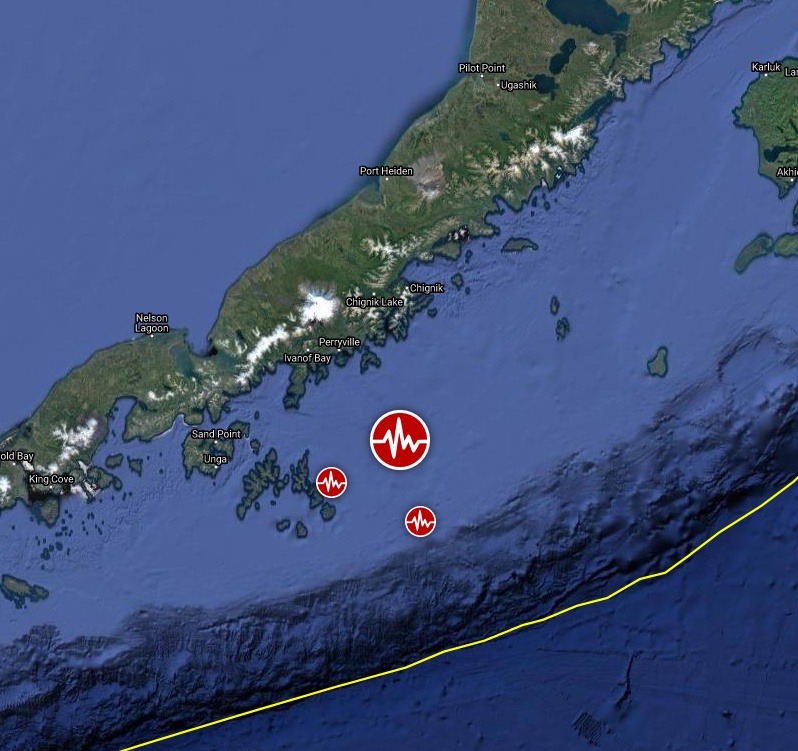 Over the next 1 week, there is a 4% chance of one or more aftershocks that are larger than magnitude 7.8, according to the USGS forecast.

It is likely that there will be smaller earthquakes over the next 1 week, with 140 to 13 000 magnitude 3 or higher aftershocks.

Magnitude 3 and above are large enough to be felt near the epicenter. The number of aftershocks will drop off over time, but a large aftershock can increase the numbers again, temporarily. 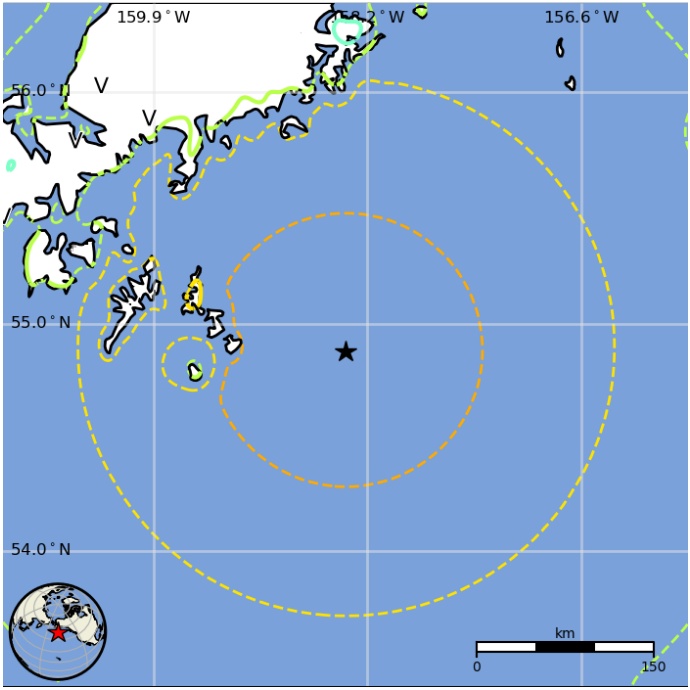 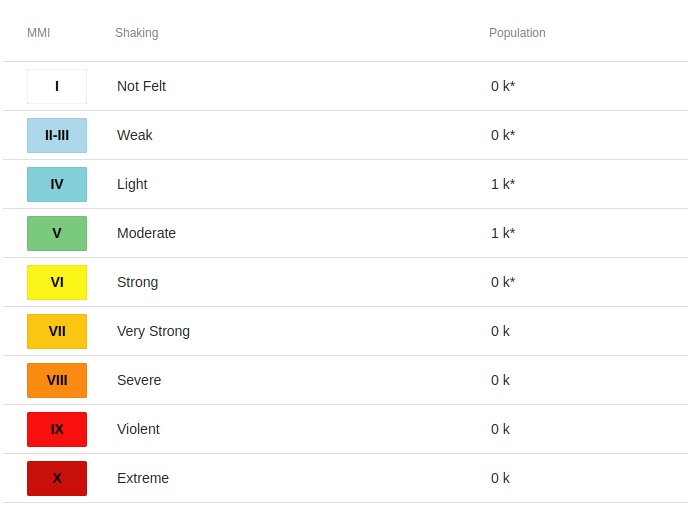 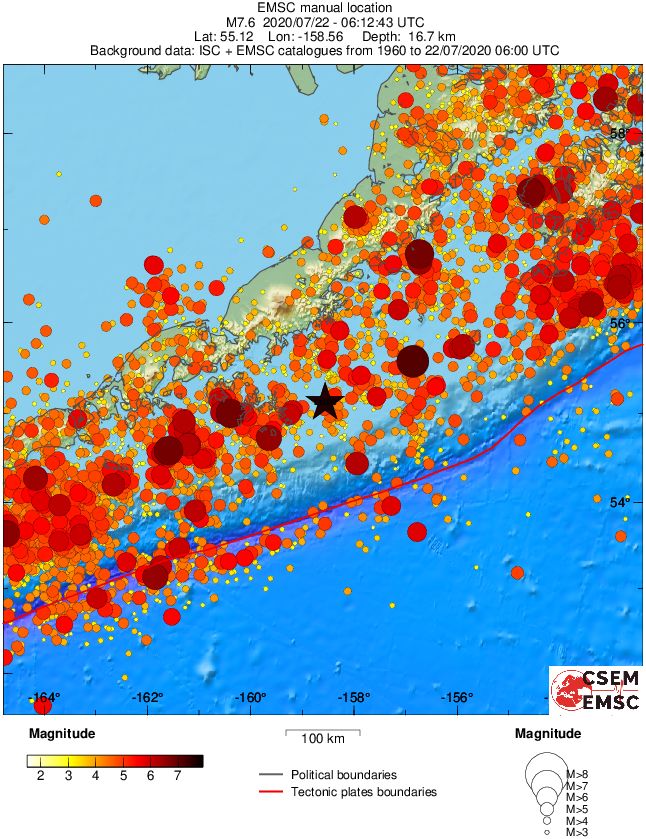