The Northern Hemisphere noctilucent cloud (NLC) season has officially begun. The first cloud was detected by NASA's AIM spacecraft inside the Arctic Circle on May 17. The detection marks one of the earliest starts in the 14-year history of the spacecraft.

"In previous years, we have seen the first NLCs appear between May 15 and 27," said Cora Randall, a member of the AIM science team at the University of Colorado. "Only once, in 2013 (May 15), has the northern season started earlier than this."

To find out why NLCs appeared so early this year, Lynn Harvey of the University of Colorado's Laboratory for Atmospheric and Space Physics looked at data from NASA's Microwave Limb Sounder (MLS), specifically at moisture and temperature data — key ingredients of NLCs. 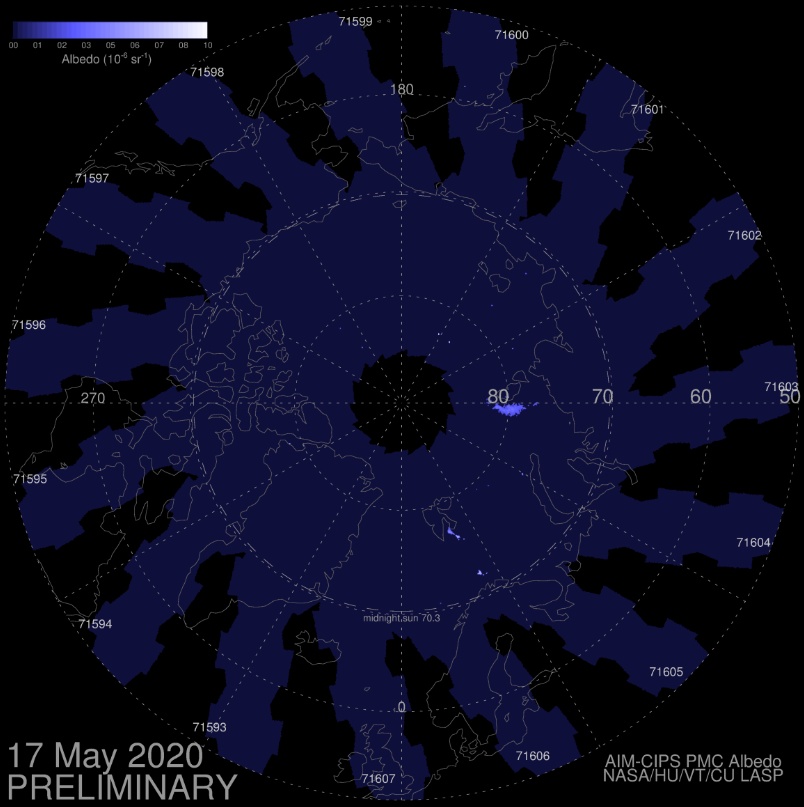 Between May 1 and 17, conditions in the mesosphere significantly cooled and moistened, making 2020 the second coldest (except 2013) and third wettest (except 2013 and 2019) year in the AIM record.

The following plots show moisture and temperature in the mesosphere for the past 14 years, with 2020 traced in red: 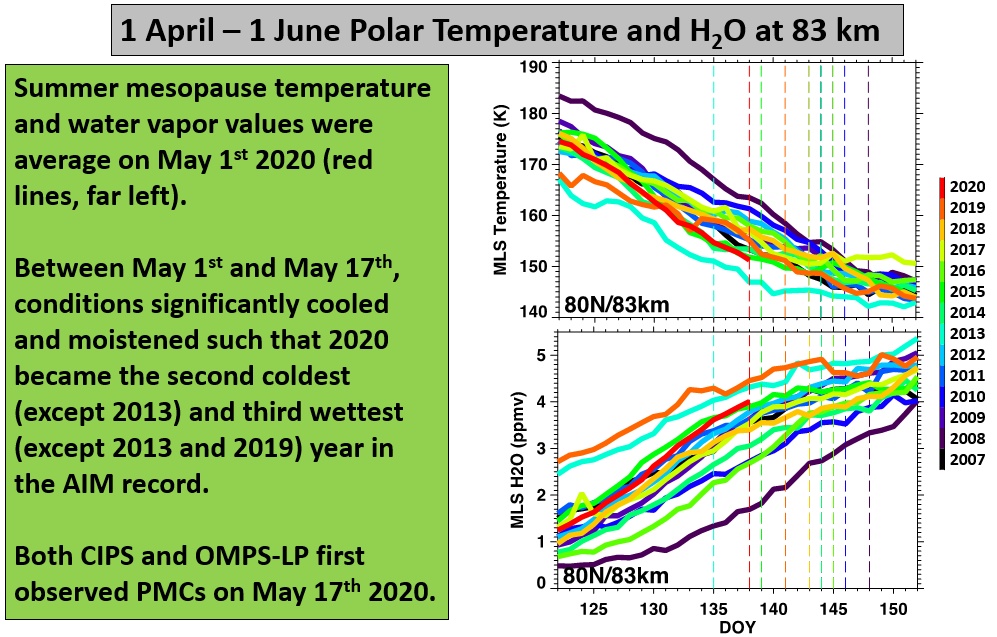 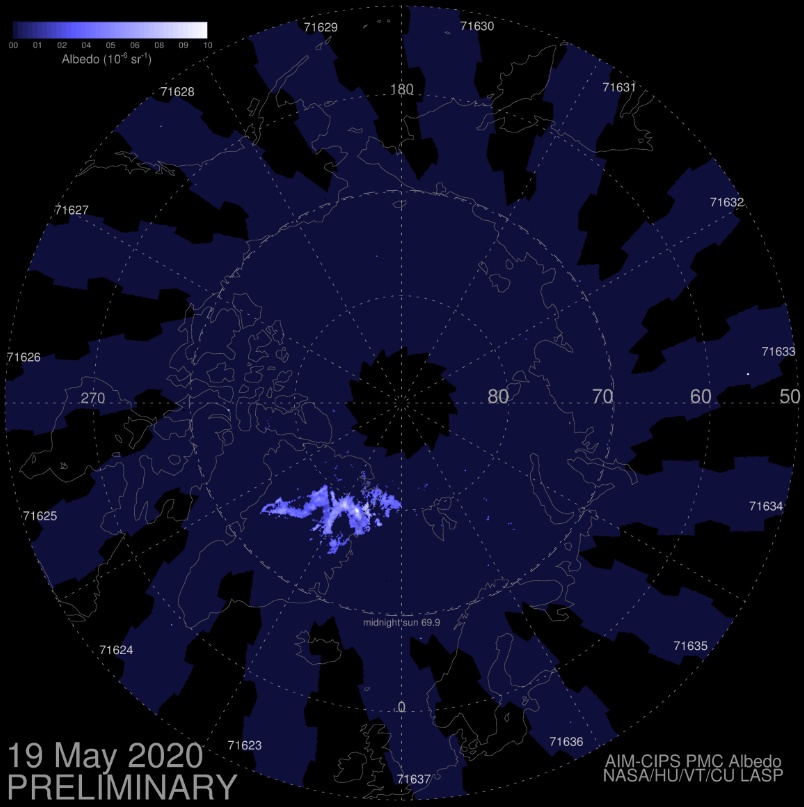 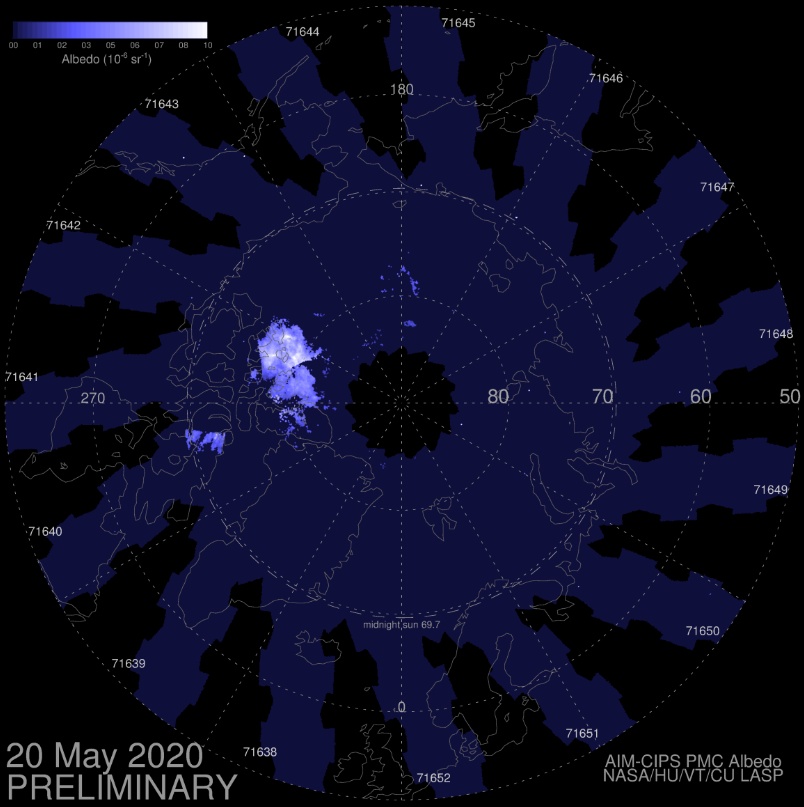 Over the next few days, skywatchers on the ground started seeing them too. By May 23, they were seen from Helsinki, Finland and recorded by Pentti Arpalahti: 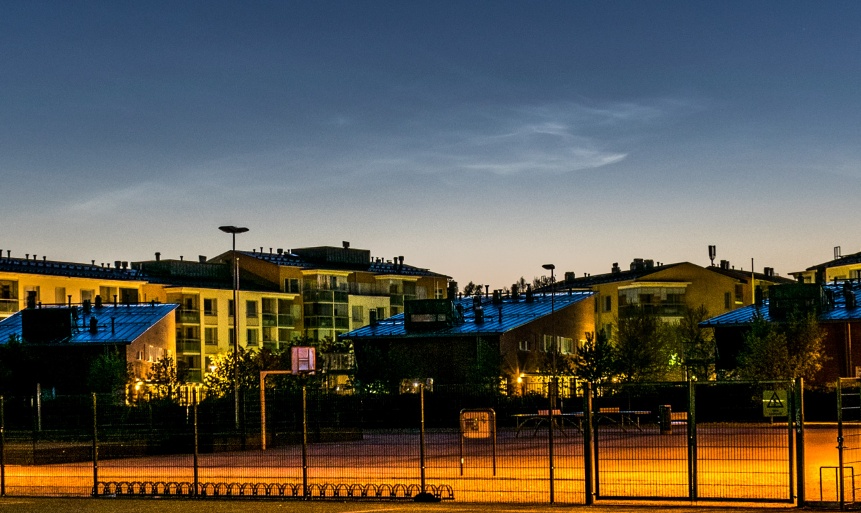 NLCs seen from Helsinki, Finland on May 23, 2020. Image credit: Pentti Arpalahti via SpaceWeather.com