Very heavy rains accompanied by lightning and destructive hailstorms hit northwestern India, particularly Uttar Pradesh and Delhi, this week, causing severe crop damage and claiming the lives of at least 28 people. Meteorologists said the storms were triggered by a western disturbance — extratropical cyclonic storm originating in the Mediterranean Sea. The storms are following one of the coldest winter seasons on record. Delhi has already recorded its wettest March on record.

Rains in and around Delhi started on Tuesday, March 10 and continued through Saturday, March 14, when the city recorded 37 mm (1.45 inches), according to data provided by the Indian Meteorological Department (IMD).

Official recording station for Delhi, the Safdarjung observatory, recorded 101.9 mm (4.01 inches) of rainfall by March 15, which is already the highest March rainfall ever recorded.

Heavy rains over Delhi follow one of its coldest winter seasons in years. 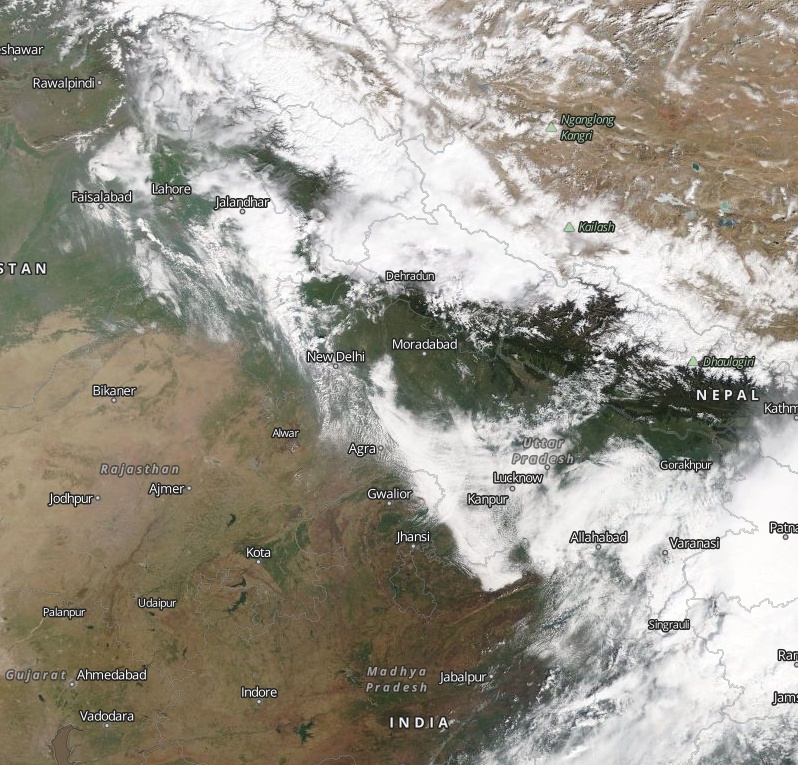 Officials said they are still assessing losses suffered by farmers and family members of the people who died.

Widespread damage to crops, including wheat, mustard, maize, peas, potato, and cauliflower was reported. The worst affected districts include Muzaffarnagar, Bijnor, and Rampur.

One farmer in Muzaffarnagar said the mustard crop has been completely destroyed due to hailstorm and rain, asking the government to come forward with compensation soon. Huge losses were also reported by mango cultivators.

"Though the moisture feed from the Arabian Sea has been cut off with the eastward movement of the system, low-level southeasterly winds from the Bay of Bengal are feeding moisture towards eastern India, where the upper-level features are also conducive for development of thunderstorms and hailstorms," IMD said.

The storms are expected to shift further eastward by Sunday, March 15, but another western disturbance is expected to affect the region after March 19.

Western disturbances are winter-time extratropical cyclonic storms in northern India. They originate over the Mediterranean Sea and travel eastwards to enter the Indian subcontinent from the northwest.