According to a myth told by the Aborigines of southeastern Australia passed down for generations for 37 000 years now, an ancestral-creator being transformed into a volcano now known as Mount Eccles or the extinct Budj Bim. New scientific evidence indicates that this legend could be based on real geological events.

A long time ago, four giant beings were believed to had arrived in southeastern Australia– three continued to voyage inland, but one stayed. The one giant bent down close to the ground, transforming into a volcano, Budj Bim. His long teeth were said to have turned into molten lava and hat had started pouring from his mouth into the surroundings.

This is the legend of the Dreaming, which refers to a religious-cultural worldview attributed to the beliefs of Australian Aboriginals. It represents the time when ancestral spirits created life as they progressed over the land.

According to new research, this ancient oral tradition told by the Aboriginal Gunditjmara people could be based on true geological events. The researchers said the experience could have reasonably been so shocking and traumatic to the early settlers of the land that they have been passing down the story ever since.

Moreover, it is plausible that the early settlers witnessed the eruption, although the oldest accepted evidence for human settlement in the area could be traced back to no more than 13 000 years. If so, the Gunditjmara peoples' folktale could be one of the oldest myths recounted until the present time. 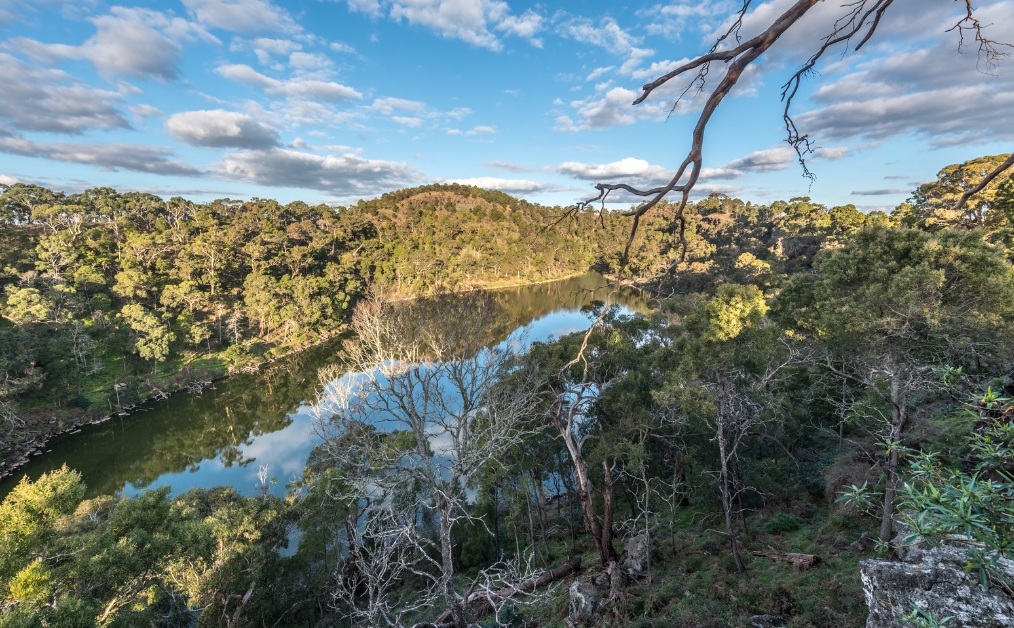 Researchers conducted mineral-dating measurements which highlight the possibility that the Budj Bim's myth may be an actual historical event of two ancient volcanic eruptions that occurred in the region about 37 000 years ago.

"If aspects of oral traditions pertaining to Budj Bim or its surrounding lava landforms reflect volcanic activity, this could be interpreted as evidence for these being some of the oldest oral traditions in existence," said lead author Erin Matchan, a geologist from the University of Melbourne.

"The oral traditions of Australian Aboriginal peoples have enabled [the] perpetuation of ecological knowledge across many generations, providing a valuable resource of archaeological information," Matchan and co-author David Phillips explained.

"Some surviving traditions appear to reference geological events such as volcanic eruptions, earthquakes, and meteorite impacts, and it has been proposed that some of these traditions may have been transmitted for thousands of years."

The team dated a sample form a lava bomb from another nearby inactive volcano called Tower Hill, and a sample of a lava flow from Budj Bim. Findings indicated that the explosions may have been contemporaneous– Tower Hill's lave dated to about 36 800 years ago while Budj Bim around 36 900 years ago.

Tower Hill's eruption was the most recent, suggesting that its eruption age "directly constrains a minimum age for human presence in Victoria." On the other hand, researchers say people need to be cautious about interpreting stories from long ago but at the same time, it should spark one's curiosity.

"We in the West have only scratched the surface of understanding the longevity of Australian Indigenous oral histories," said archaeologist Ian McNiven from Monash University.

In Australia, the onset of human occupation (≥65 ka?) and dispersion across the continent are the subjects of intense debate and are critical to understanding global human migration routes. New-generation multi-collector mass spectrometers capable of high-precision 40Ar/39Ar dating of young (<500 ka) samples provide unprecedented opportunities to improve temporal constraints of archaeological events. In southeastern Australia, a novel approach to improving understanding of occupation involves dating key volcanic eruptions in the region, referenced to stone artifacts and Aboriginal oral traditions. The current study focuses on two monogenetic volcanoes in the Newer Volcanic Province of southeastern Australia: Budj Bim (previously Mount Eccles) and Tower Hill. Budj Bim and its surrounding lava landforms are of great cultural significance and feature prominently in the oral traditions of the Gunditjmara people. Tower Hill is of archaeological significance due to the occurrence of a stone tool beneath tephra. 40Ar/39Ar eruption ages of 36.9 ± 3.1 ka (95% confidence interval) and 36.8 ± 3.8 ka (2σ) were determined for the Budj Bim and Tower Hill volcanic complexes, respectively. The Tower Hill eruption age is a minimum age constraint for human presence in Victoria, consistent with published optically stimulated luminescence and 14C age constraints for the earliest known occupation sites in Tasmania, New South Wales, and South Australia. If aspects of oral traditions pertaining to Budj Bim or its surrounding lava landforms reflect volcanic activity, this could be interpreted as evidence for these being some of the oldest oral traditions in existence.