The center of Severe Tropical Cyclone "Tino" passed over Tonga on January 18, 2020, as a Category 3 cyclone. Luckily, it only grazed the capital Nuku'alofa, previously expected to suffer a direct hit.

Torrential rain and destructive winds, with estimated gusts up to 180 km/h (120 mph) hit northern Tongan groups of Vava'u and Ha'apai.

According to the Government of Tonga, there had been no reported casualties or deaths but many areas in Ha'apai remained without power and are now in urgent need of repair. 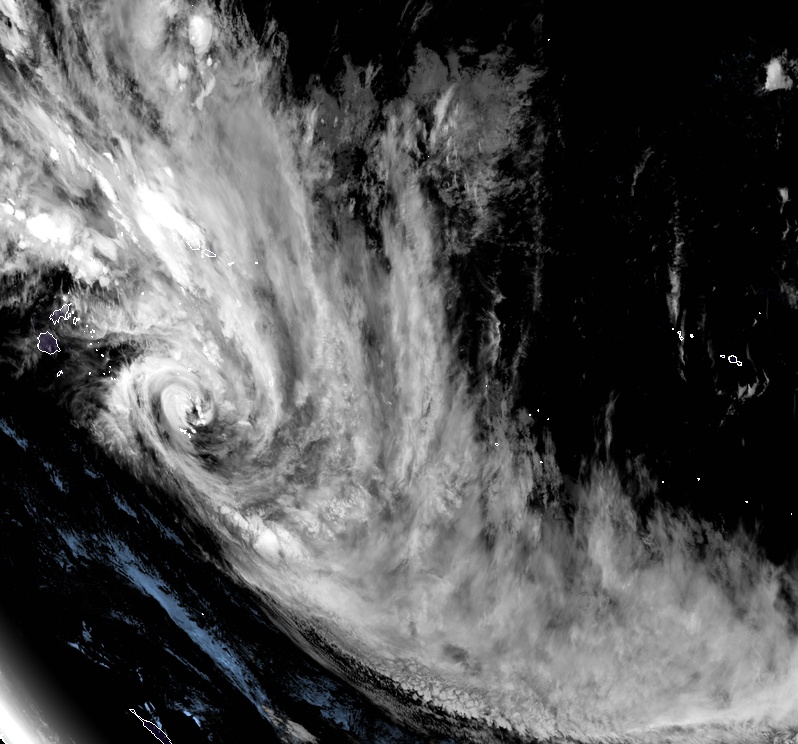 Nuku'alofa and Tongatapu, home to most of the Tongan population, along with nearby 'Eua, are still recovering from extensive damage caused by Cyclone Gita only two years ago. Today's near-miss was a relief for NEMO, the Matangitonga reports.

Exceptional sea levels were reported and authorities believe severe storm surge damage at Nomuka, located between Ha'apai and Tongatapu — and the closest to Tino's center.

"This was perhaps the second biggest swell on this North West side of Tongatapu in the past 25 years," wave watcher Shane Egan at Blue Banana Beach House, told Matangitonga. "There was so much debris in the water to avoid – all our step logs, coconuts, coconut trees, branches, fence posts with nails and large coral boulders. Everyone appeared to survive the day pretty much unscathed with no serious wounds," he said.

In Fiji, the first country to feel the effects of Tino, disruption to services is by now limited to a few re-scheduled flights, some power and water supplies interruption and roads blockage.