Bushfires in Australia have killed at least 22 people since August 2019 and destroyed more than 2 500 buildings, including over 1 400 homes. In addition, 28 people are still missing in the state of Victoria. Half a billion animals have been killed, including a third of the local koala population.

Strong, dry, northwesterly winds will cause ongoing fires to flare up yet again over the coming weekend, threatening communities that have already experienced widespread devastation.

"The fires in Australia are huge," said Anti Lipponen, a physicist and research scientist at the Finnish Meteorological Institute. "Today, the area of the smoke from the bushfires is about 12 400 000 km² (4 800 000 mi2). That is larger than, for example, the USA, Canada, or China."

Tens of thousands of people have been ordered to evacuate coastal areas in the states of Victoria and New South Wales on January 3, ahead of yet another weekend of extremely dangerous fire weather conditions to communities that have already experienced widespread devastation. According to Andrew Freedman of the Capital Weather Gang, the weather conditions over the next couple of days will be similar to what led to the bush fire crisis. 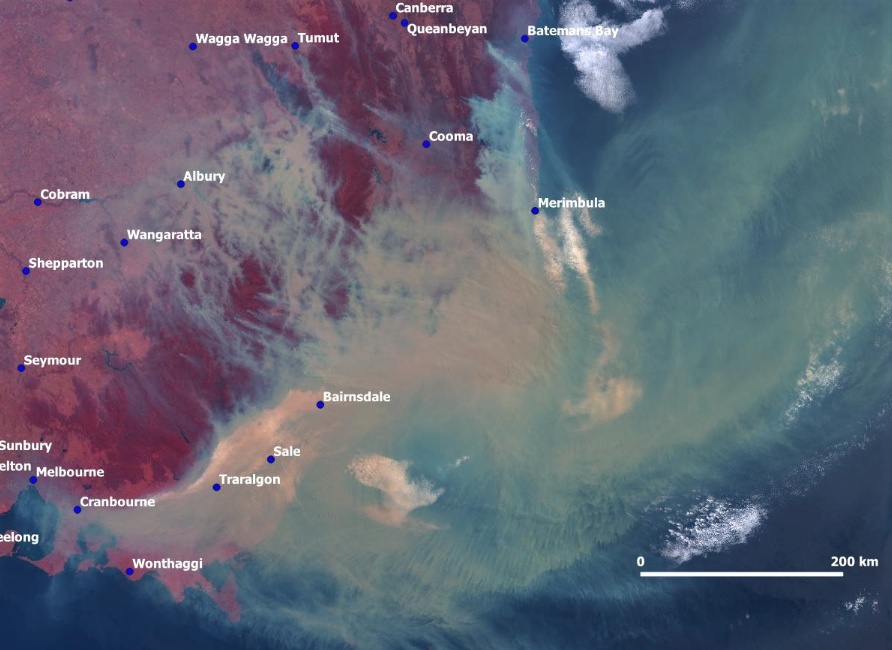 Temperatures across much of South Australia are expected to soar above 40 °C (104 °F) and gusty winds ahead of, and behind, an approaching cold front could generate areas of raised dust, BOM said today.

Fire dangers on January 3 will reach extreme levels for many southern districts, and that includes the Mount Lofty Ranges and Kangaroo Island. Today's fires on the Kangaroo Island were described as 'virtually unstoppable' and worst than expected. Rescuers evacuated two hundred people from a caravan park on the island after a fire broke through control lines.

Saturday, January 4 is shaping up to be another extremely dangerous day across Gippsland, northeast Victoria, and right along the southern coast and ranges of New South Wales, including the ACT. 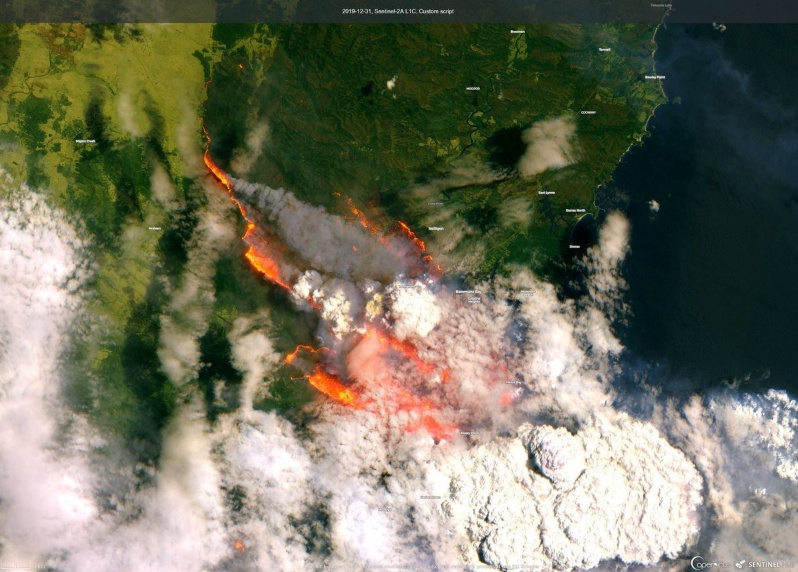 Conditions are set to mirror, or even deteriorate beyond what those observed on New Year's Eve as temperatures climb to 40 °C (104 °F) near the coast, and as high as 45°C (113 °F) inland.

Strong, dry, northwesterly winds will cause ongoing fires to flare up yet again, threatening communities that have already experienced widespread devastation.