According to the WSL Institute for Snow and Avalanche Research SLF, there was "a great deal of snowfall" across the southern ridges of the Alps over the last three days. As much as 300 mm (12 inches) was recorded in some areas of the country. 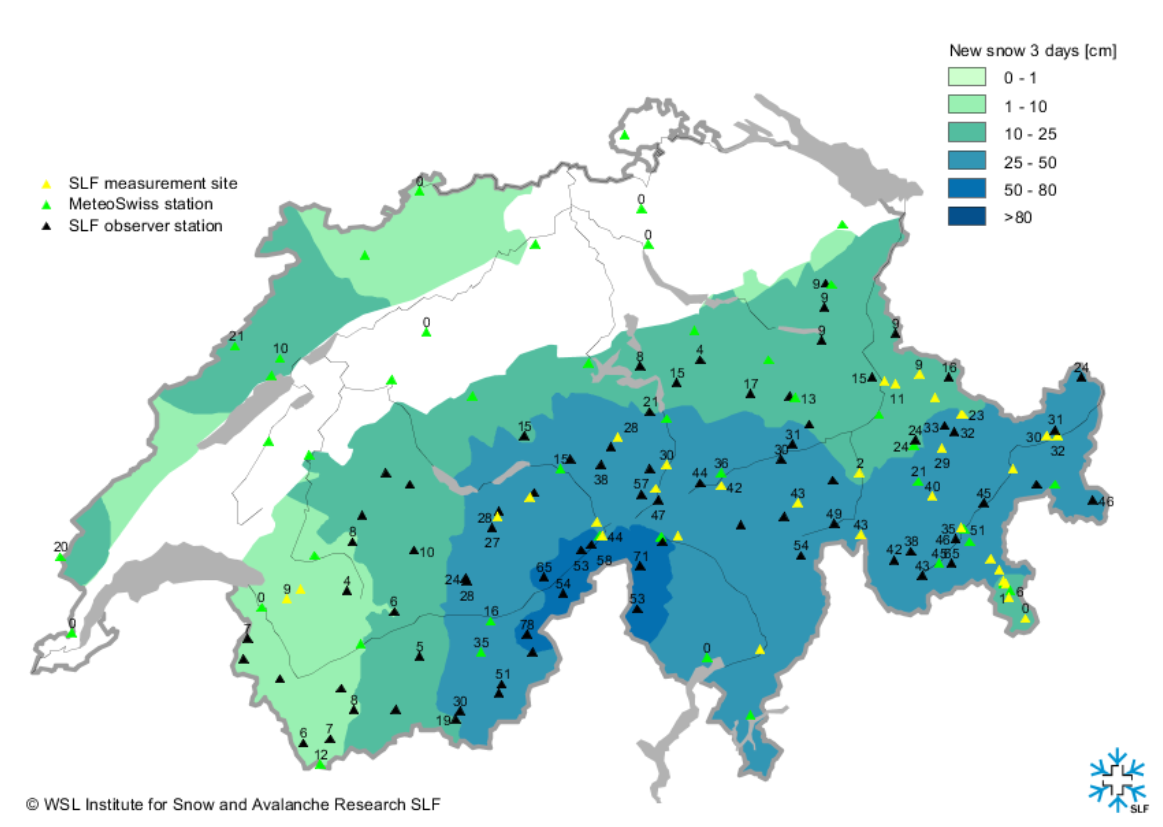 As a result, road and rail transport are facing their first major winter disruptions. Ski stations at Saas-Fee and Saas Grund have been cut off. Traffic information service Viasuisse said other roads have also been closed.

For instance, the Stalden-Saas Grund axis in Valais has been shut down, making it impossible to access the ski station of Saas-Fee by road.

Some roads in canton Graubunden, particularly around Davos, Arosa and Silvaplana, were also blanketed by snow. The Rhaetian Railway (RhB) line from Pontresina to Poschiavo is closed this weekend.

There would be risks of avalanches – the third-highest risk level – in most parts of southeastern Switzerland, the agency added.