Tropical Storm "Kalmaegi" (Ramon) intensified into a typhoon and continues bringing heavy rain and floods to Luzon, Philippines on November 19, 2019. At least 5 000 people have already evacuated their homes, while several municipalities in Cagayan remain under Signal #3. According to weather bureau PAGASA's update at 15:00 UTC today, the center of the storm is located about 100 km (62 miles) east-northeast of Aparri, Cagayan, slowly moving southwest with maximum sustained winds of 120 km/h (75 mph) and gusts up to 150 km/h (93 mph).

Signal #2 is up for the provinces of Batanes, Apayao, Kalinga, Abra, Ilocos Norte, Ilocos Sur, and the rest of Cagayan 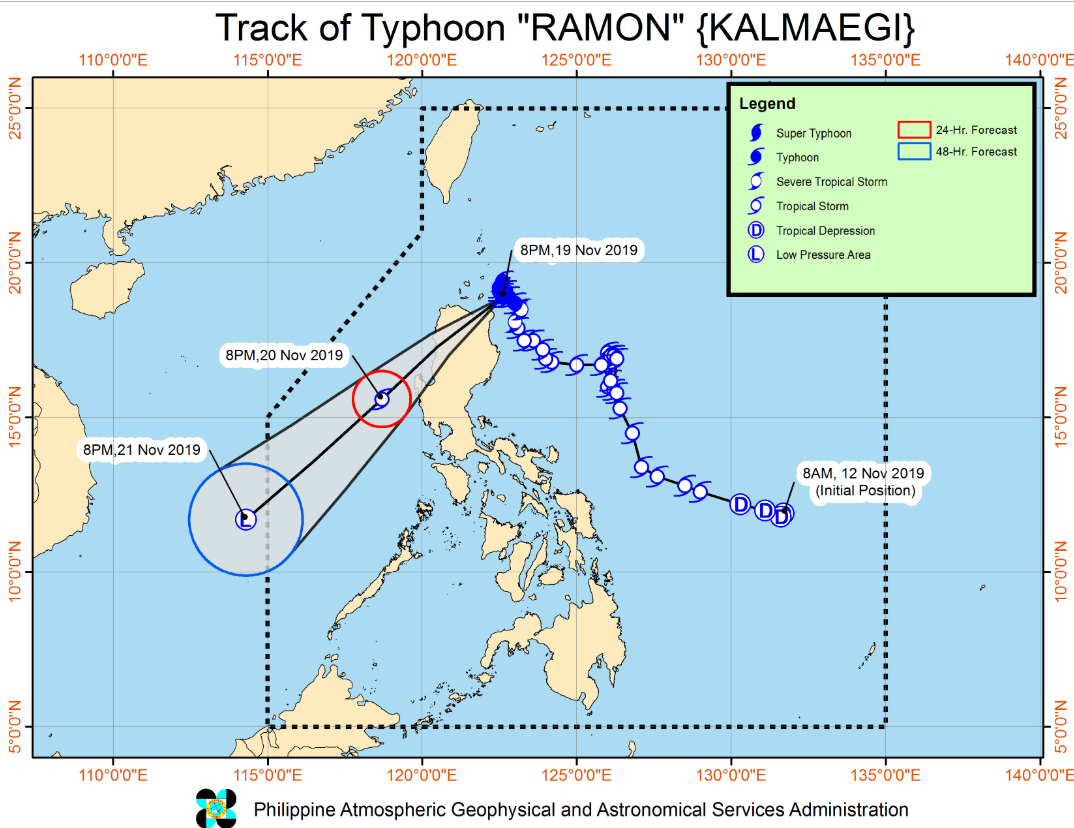 Several domestic flights have been canceled, and a number of schools have suspended classes. Small sea vessels are still advised to stay ashore with gale conditions forecast at sea.

In Camarines Sur, Governor Miguel Villafuerte has released a memorandum reiterating his order to all local executives and disaster managers to strictly monitor areas of jurisdiction, especially villages that are vulnerable to floods and landslide. The storm had previously caused landslides in Santa Rose Del Norte in Pasacao, damaging two houses.

"Almost 3 200 people have been affected (around 2 000 in Camarines Sur and 1 000 in Albay). Seven houses were completely destroyed in flooding in Pasacao and Tinambac in Camarines Sur, with a further 9 houses and 3 roads damaged," reports said.

The local government of Cagayan is also focusing on relief efforts for evacuees. 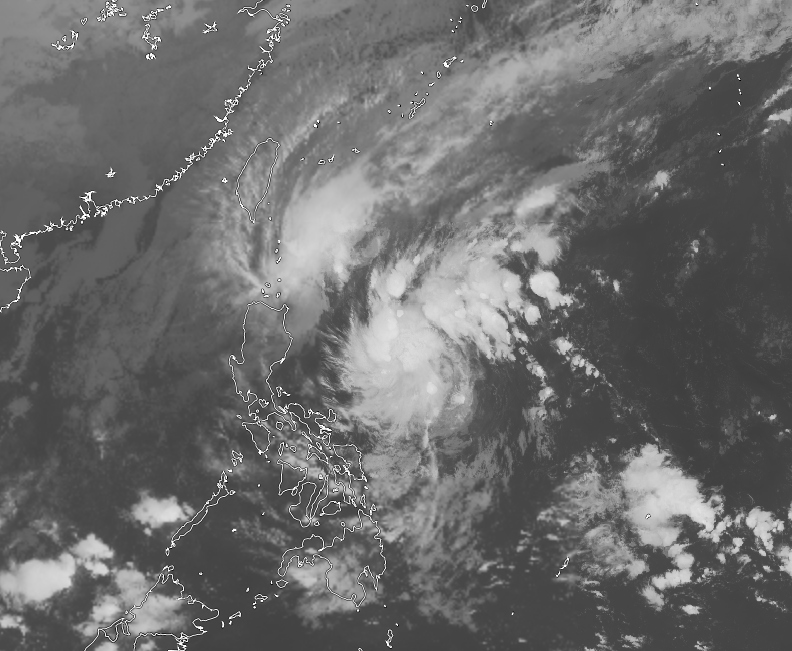 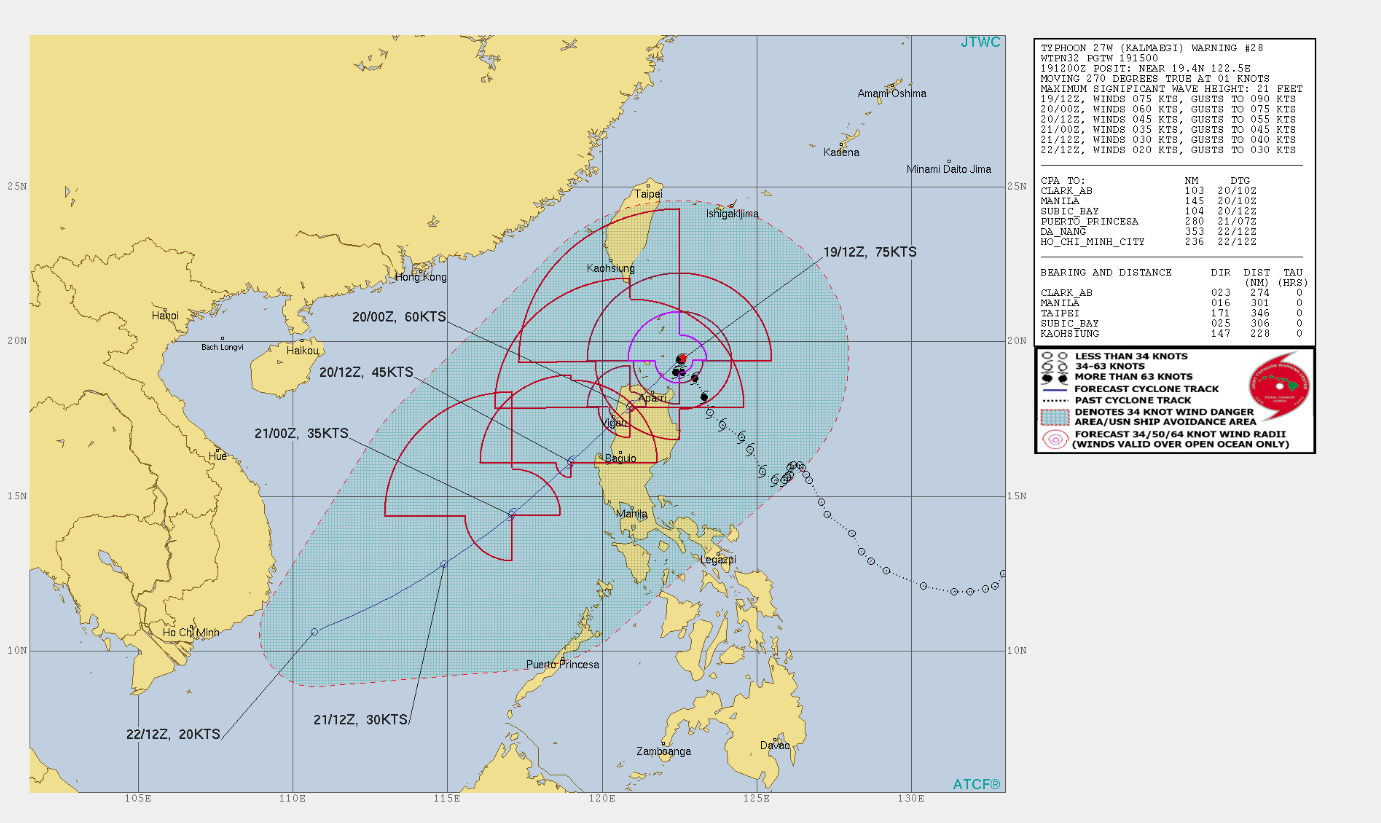 So far, Kalmaegi is still expected to make landfall in the Santa Ana-Calayan area in northern Cagayan between Tuesday evening, November 19 and Wednesday morning, November 20.

Forecasts say the storm will gradually weaken after hitting land "due to the land interaction and the northeast monsoon."

According to the agency, there will be moderate with occasional to frequent heavy rains over Batanes, Cagayan including the Babuyan Islands, and Apayao. Light to moderate with intermittent heavy rains are also expected over Ilocos Norte, Ilocos Sur, Abra, Mt. Province, Kalinga, and the northern portion of Isabela.

Storm surge up to 2 m (6 feet) is possible in La Union and Pangasinan. 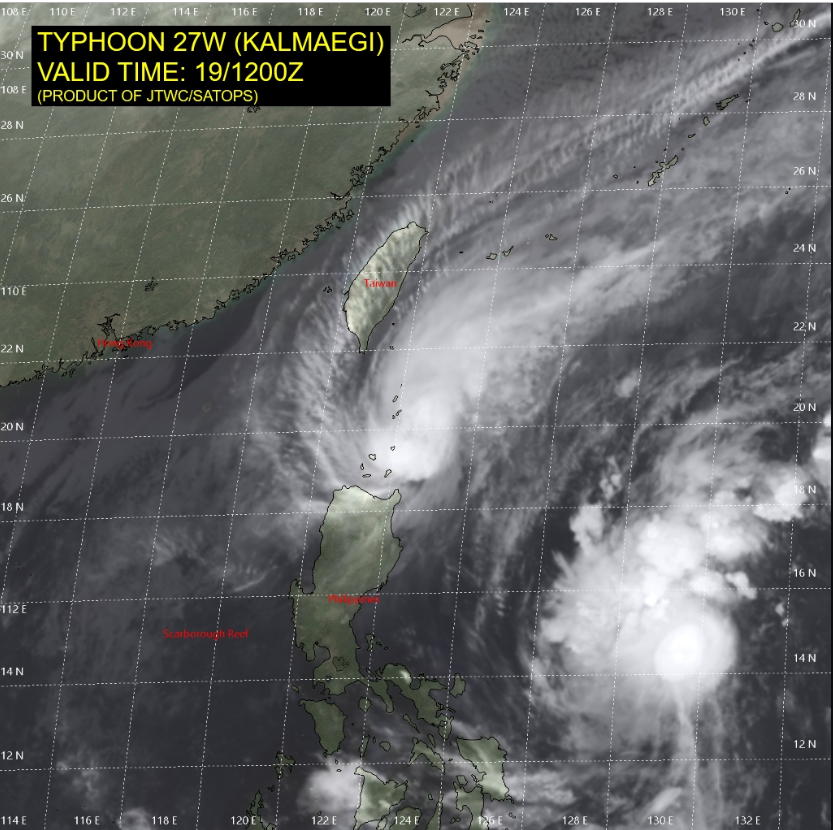 Meanwhile, another storm named "Sarah" by the PAGASA is entering the Philippine Area of Responsibility (PAR).