Magnitudes ranged from 4.4 to 6.0, according to data provided by the USGS. 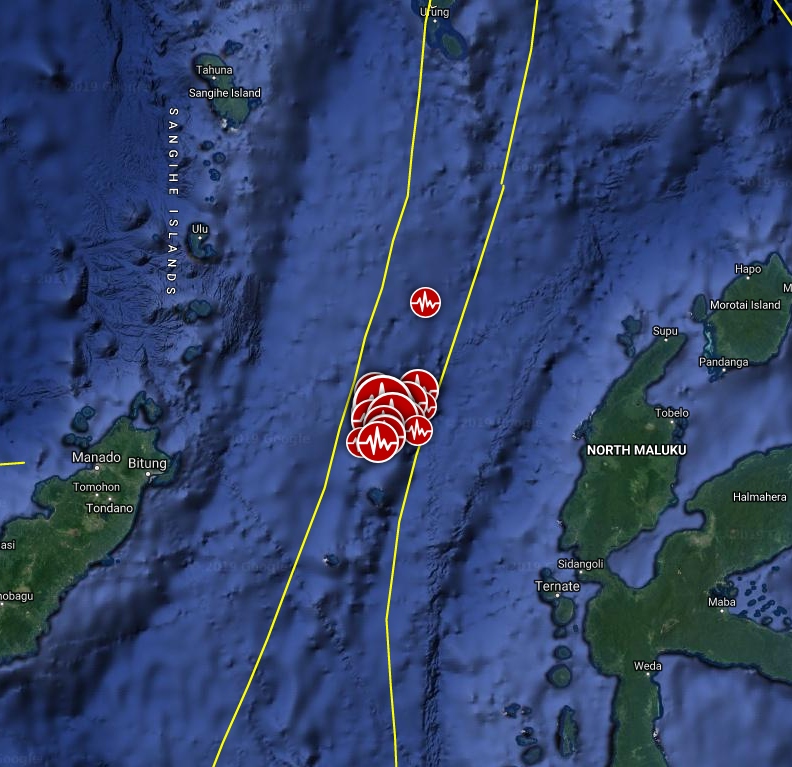 By observing the location of the epicenter and the depth of the hypocenter, the earthquake that occurred was a medium earthquake caused by deformation or enlargement in the Maluku Sea Plate. The results of the analysis of the source mechanism show that the earthquake had a mechanism of upward movement (Thrust Fault), BMKG said November 15. 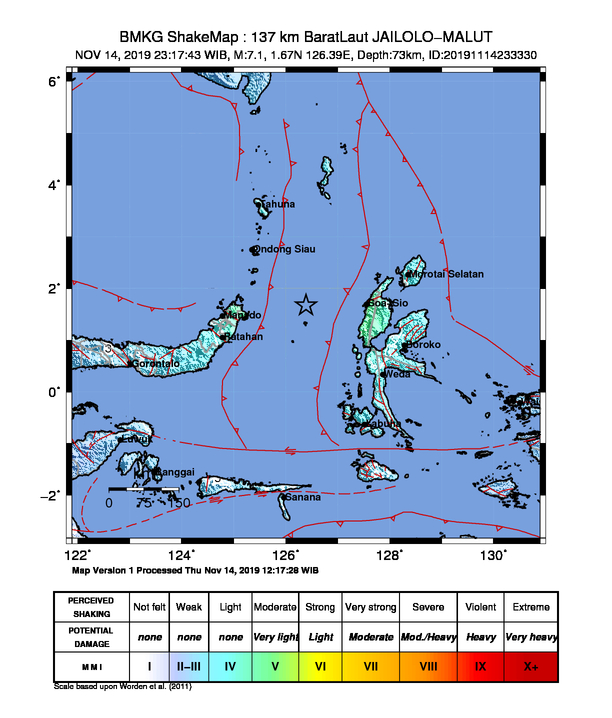 763 000 people are estimated to have felt moderate shaking. 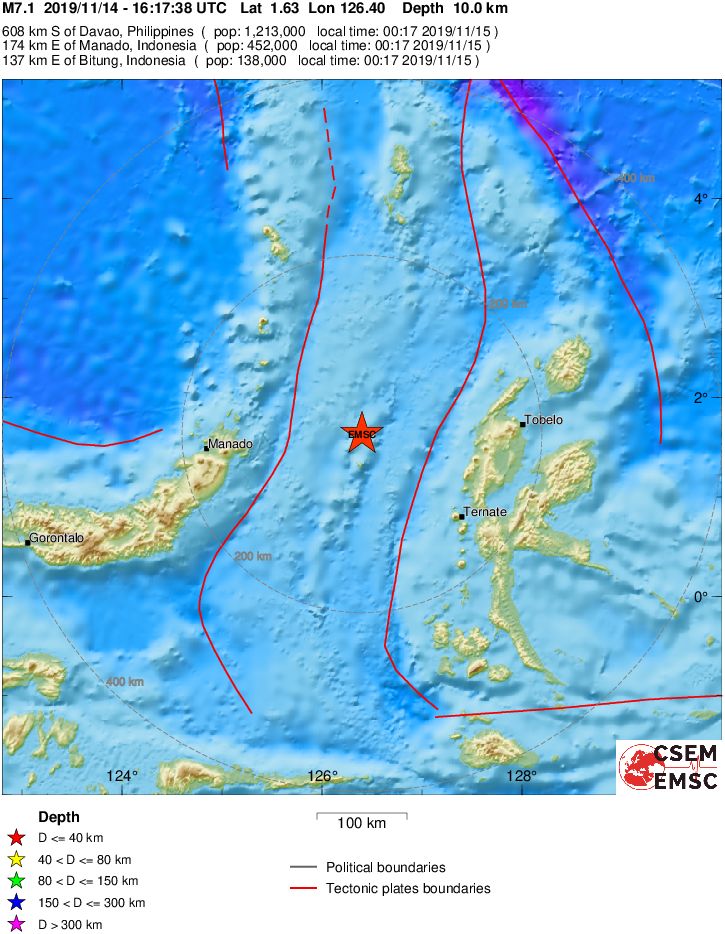 Officials are urging residents to remain vigilant against aftershocks, remain calm and make sure their buildings are earthquake resistant, and without cracks and damage.