A significant, and potentially historic, October winter storm is still on track to impact the northern Rockies and portions of the central and northern Plains tonight through Saturday, October 12, with as much as 30 – 60 cm (1 to 2 feet) of snow and isolated heavier totals becoming likely. Significant travel disruptions, power outages, and impacts to agriculture and livestock are all anticipated.

A vigorous upper-level trough and strong associated cold front will move from the Rockies into the central U.S. today, NWS forecaster Ryan noted.

Widespread moderate to heavy snow is expected today from southeast Montana into portions of the central and northern Plains.

By tonight into Friday morning, a more significant area of low pressure is forecast to develop along the front across the Upper Midwest, increasing the intensity of the snowfall west of the surface low across the Northern Plains. 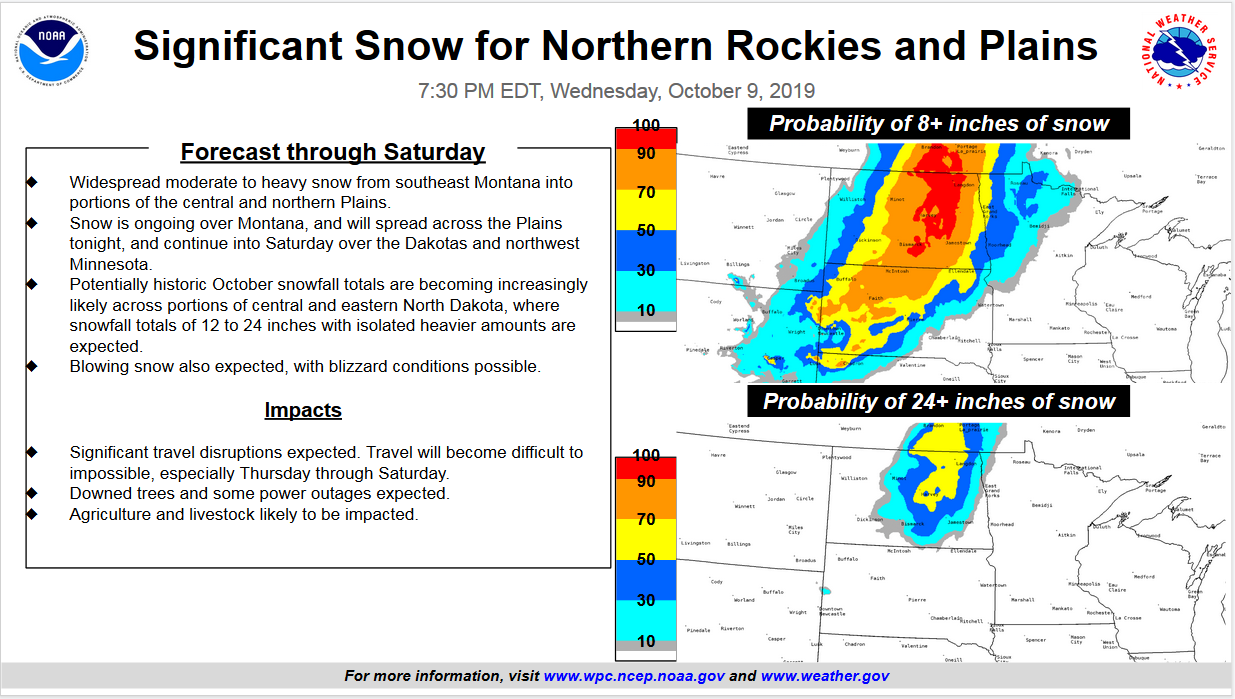 Through Saturday night, the system is expected to produce potentially historic amounts of 30 to 60 cm (1 to 2 feet) possible across portions of central and eastern North Dakota.

Strong and gusty winds may also accompany the snow, resulting in blowing snow and difficult travel conditions at times. In the cold air mass north and west of the frontal boundary, widespread record low temperatures are possible Friday morning from the Great Basin east across the Rockies into the southern and central Plains.

Farther south, heavy rain and severe thunderstorms are forecast to accompany the cold front across portions of the southern Plains today.

The NWS Weather Prediction Center is producing storm summaries for this winter storm. The page will be updated every 6-hours through the duration of the storm.