A group of tourists visited Anak Krakatau on September 18, 2019, and managed to capture a surprising explosion from a very close distance.

The activity at the volcano has not changed over the past weeks, with intermittent phreatic or phreatomagmatic explosions in the crater lake,  Volcano Discovery reports.

Krakatau's seismic network recorded five eruptive events from September 9 to 15, according to PVMBG. A webcam at the summit recorded diffuse white plumes rising 150 m (492 feet) from the bottom of the crater, and dense gray-and-white ash plumes rising 300 m (984 feet).

The Alert Level remains at 2 (on a scale of 1-4), and the public is warned to remain outside of the 2-km-radius (1.2 miles) hazard zone from the crater. 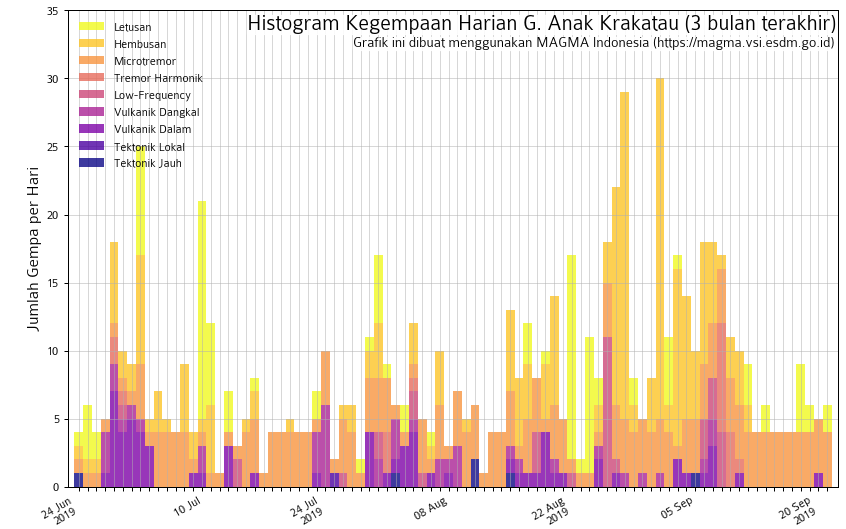 A violent phreatomagmatic eruption took place at the volcano at 02:09 UTC on June 25, 2019, and was also recorded on video: