Tropical Storm "Chantal" formed in the North Atlantic Ocean, south of the Newfoundland at 03:00 UTC on August 21, 2019, as the third named storm of the unusually slow 2019 Atlantic hurricane season.

The Atlantic went from July 15 – August 19 with zero named storms, making it the first hurricane season to do so since 1982, said Dr. Philip Klotzbach, Meteorologist at CSU specializing in Atlantic basin seasonal hurricane forecasts.

Chantal was named at 40.2°N – the highest latitude named storm formation location for an Atlantic tropical cyclone since Alberto in 1988. 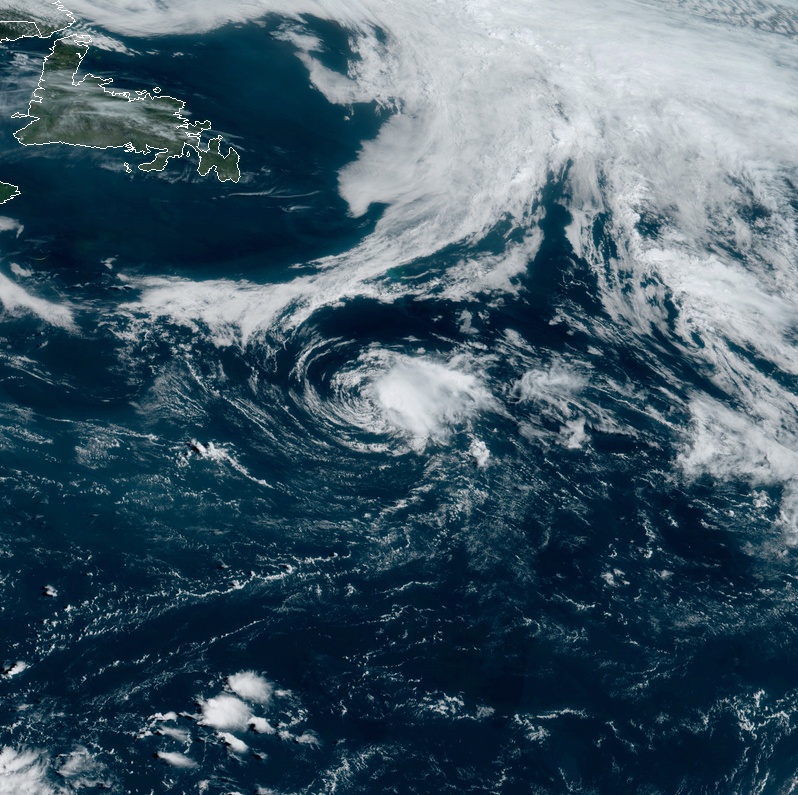 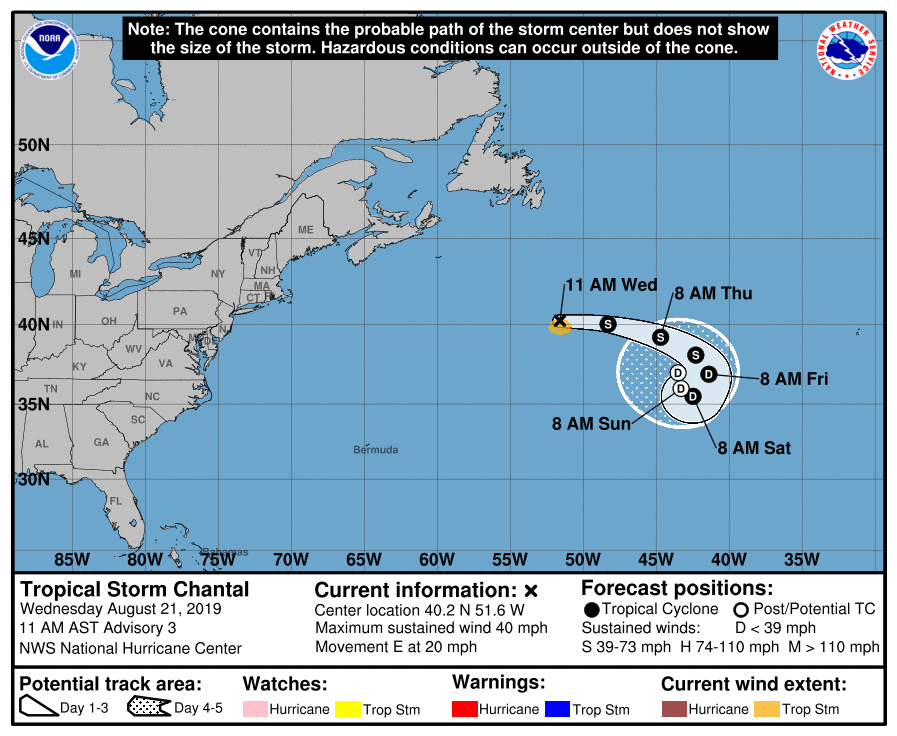 Gradual weakening is expected and Chantal is forecast to become a tropical depression in a couple of days, without affecting any land.