The animation below depicts satellite-based measurements of rainfall from August 1 – 12, 2019. The darkest reds reflect the highest rainfall amounts, with many places receiving 600 mm (24 inches) or more during this period.

The image below shows the totals after twelve days of rain, from August 1 – 12. The measurements are a product of Global Precipitation Measurement (GPM) mission, a partnership between NASA, the Japan Aerospace Exploration Agency, and five other national and international partners. 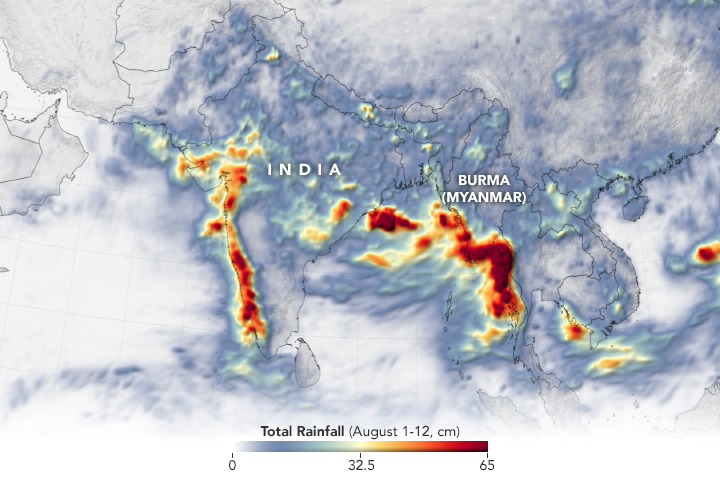 At least 42 people have lost their lives in Karnataka and over 580 000 were forced to evacuate after unprecedented floods hit the state. 300 homes, 5 bridges and numerous roads and highways were damaged or destroyed.

At least 65 people were killed in Myanmar after a large landslide hit its Mon state on August 9, destroying dozens of homes. At least 80 000 people are displaced and sheltering in 170 evacuation sites.