The strikes occurred near 85 degrees north and 120 degrees east, which is about 1 120 km (700 miles) north of the Lena River Delta of Siberia, Russia.

This lightning was detected by the Vaisala's GLD  lightning detection network which is used by the national weather service.

It's one of the furthest north lightning strikes in Alaska forecaster memory, NWS said. 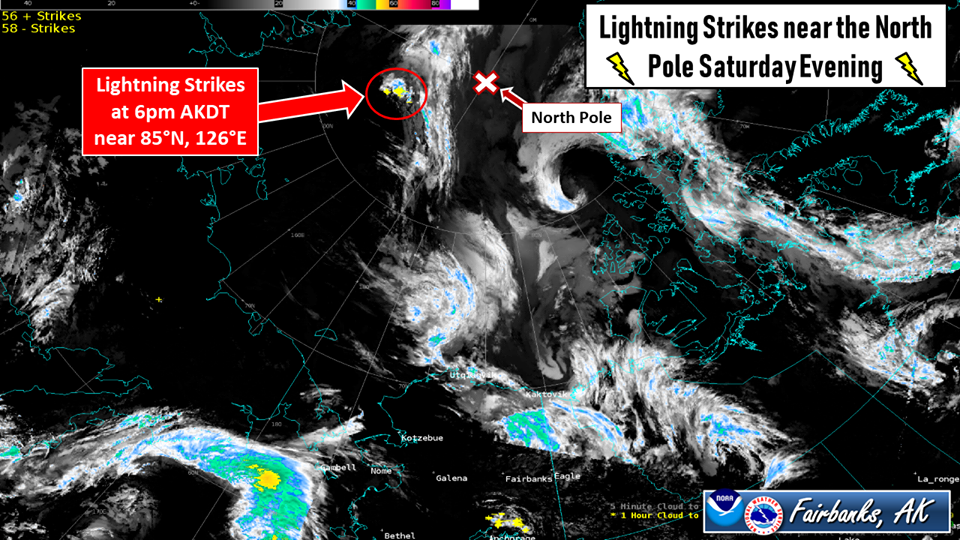 "I wouldn't say it's never happened before, but it's certainly unusual, and it piqued our attention," NWS meteorologist in Fairbanks, Alaska, Ryan Metzger told the Washington Post.

The cause of the lightning strikes was due to instability near the pole with ample warm and moist air in the lower atmosphere giving rise to thunderstorms.

Ryan who is a research scientist for Vaisala, a network to detect lighting around the globe, placed the lightning into a historical aspect by going through the data archives. According to Ryan, the network found out lightning north of 85 degrees just 3 times.

"The maximum number of lightning discharges in any one storm event was 7," he said. "We typically see 3 or 4 lightning storms north of 80 degrees each summer. We usually detect fewer than 50 discharges in each of these storms."