This is the latest in a series of small eruptions at the volcano that started on April 16, 2019, after a period of increased seismicity detected since April 14.

The Alert Level remains at 2 (on a scale of 1-5) since April. Residents and tourists are not allowed to enter areas within 1 km (0.62 miles) of the crater. 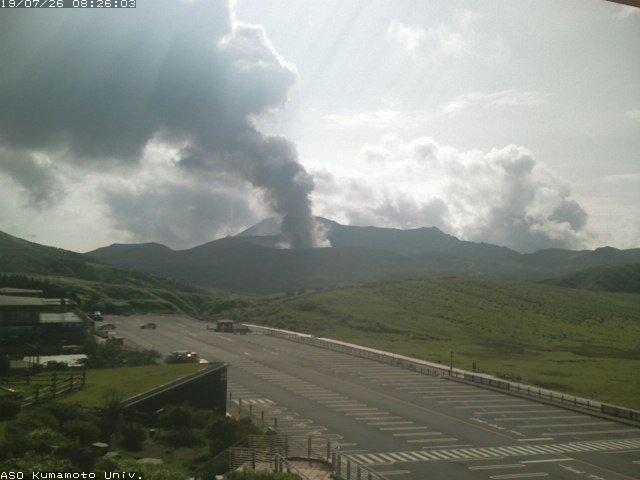 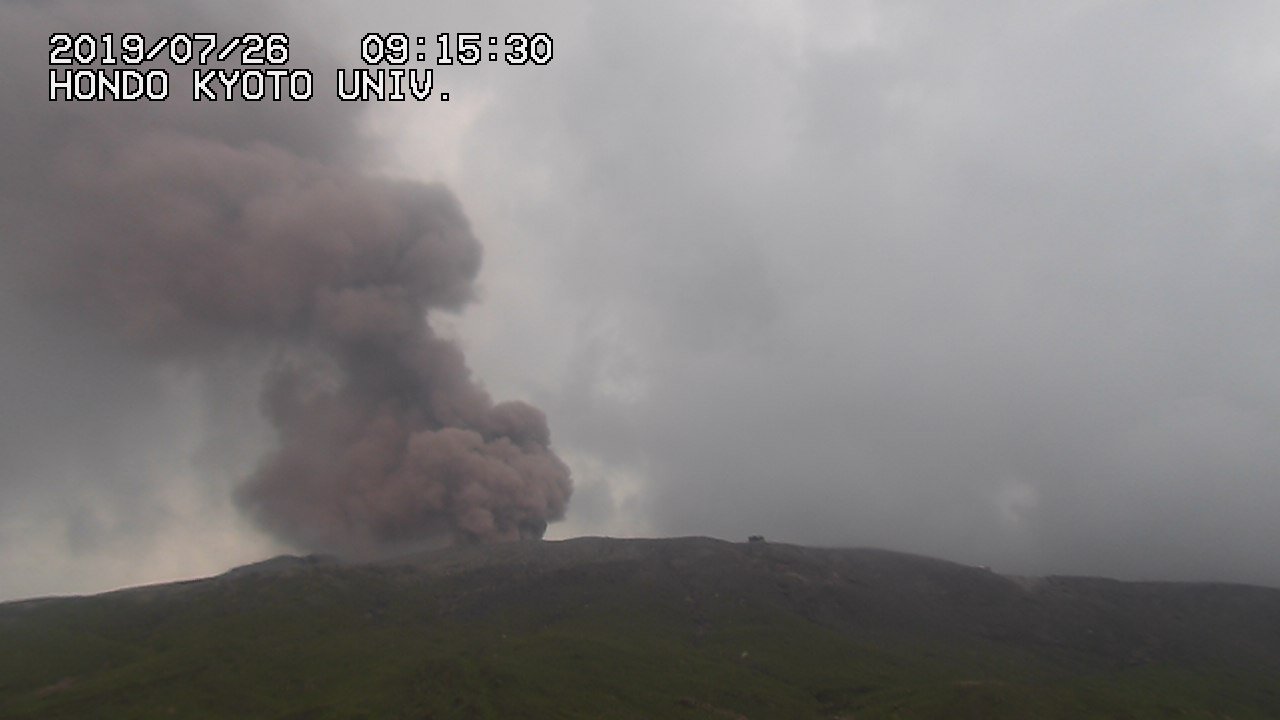 Even a small eruption can be dangerous as pyroclastic flows could be produced and large flying rocks could be ejected far away from the crater, JMA said in April.

The April 16 eruption was Asosan's first since October 2016 (VEI 3) when it produced a column of ash up to 11 km (36 000 feet) above sea level and sent large boulders down the slopes of the volcano.

Ash rained down on cars, houses and roads in the city Aso and was reported as far as 320 km (200 miles) from the crater.

The October 2016 eruption was the first explosive eruption at the volcano since 1989 (VEI 2) and the first VEI 3 eruption since June 1906.

The 24-km-wide Asosan caldera was formed during four major explosive eruptions from 300 000 to 90 000 years ago. These produced voluminous pyroclastic flows that covered much of Kyushu. The last of these, the Aso-4 eruption, produced more than 600 km3 (144 mi3) of airfall tephra and pyroclastic-flow deposits. A group of 17 central cones was constructed in the middle of the caldera, one of which, Nakadake, is one of Japan's most active volcanoes. It was the location of Japan's first documented historical eruption in 553 AD.