A strengthening tropical cyclone named Danas by the JMA and Falcon by the PAGASA is dumping moderate to heavy rains over parts of northern Philippines on July 16, 2019. The cyclone is expected to closely approach or make landfall over Babuyan, Philippines and then possibly over the eastern coast of Taiwan as it moves towards China and the Korean Peninsula.

The system continued organizing while approaching Luzon and strengthened into a tropical storm on July 16 – JMA named it Danas. As of 15:00 UTC on July 16, JTWC still categorized it as a tropical depression. 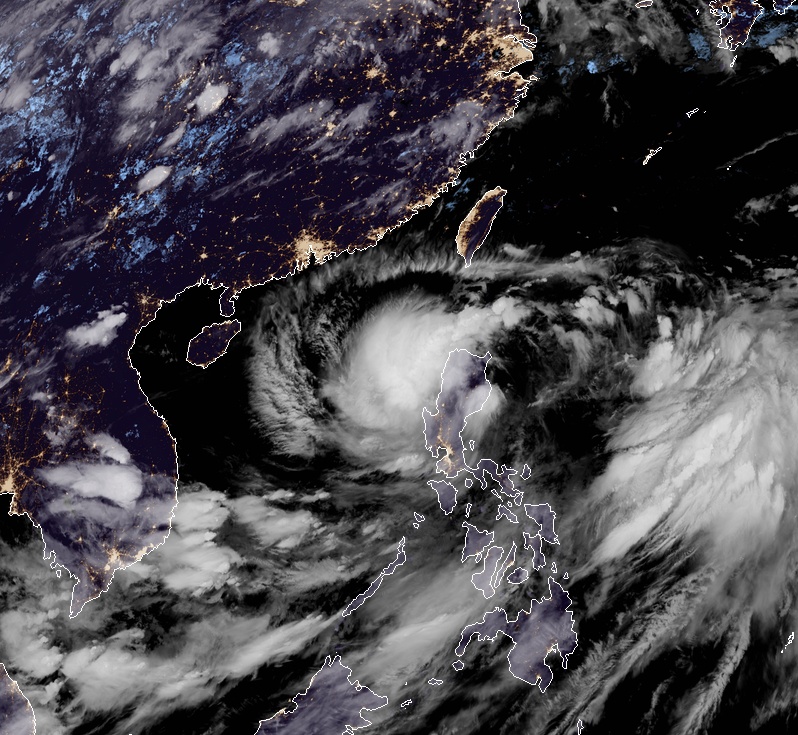 According to a Severe Weather Bulletin #8 issued by the PAGASA at 14:00 UTC (22:00 PHT) on July 16, Danas/Falcon has maintained its strength as it continued moving closer towards northern Luzon.

Residents in the aforementioned areas, especially those living in areas identified to be at risk of flooding and landslides, are advised to take precautionary measures, coordinate with local disaster risk reduction and management offices, and continue monitoring for updates, especially the Thunderstorm Advisories and Heavy Rainfall Warnings to be issued by PAGASA Regional Services Divisions.

This weather disturbance is expected to closely approach or make landfall over Babuyan, PAGASA said. 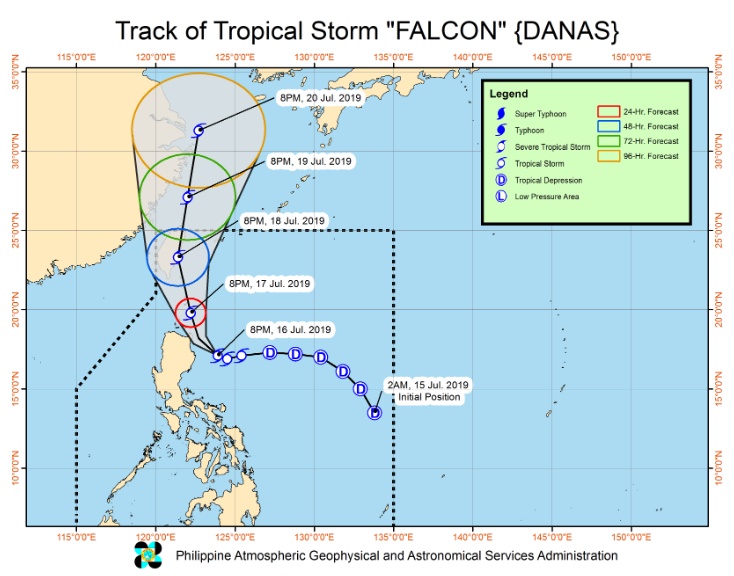 TCWS no.1 and 2 are in effect in parts of Luzon, Visayas and Mindanao.

Current forecast tracks take Danas over Babuyan, the Philippines on July 16/17 and into eastern/northern Taiwan on July 16.