A severe heatwave for the time of year is currently affecting western, central and northeastern Europe, with the most affected countries Spain, France, northern Italy, Switzerland, Germany, Poland and the Czech Republic.

The Czech Hydro-Meteorological Institute said the temperature reached 38.5 °C (101.3 °F) in Doksany, setting a new national high for the month. New daily records were set at some 80% of local measuring stations, AP reports.

The temperatures could top 40 °C (104 °F) in parts of continental Europe in the coming days.

As of June 27, three fatalities in Montpellier coastal area, southern France. The French authorities have announced school closures, with exams postponed for 800000 students and traffic restrictions.

Over the next 24 hours, the heatwave will continue over central and western Europe, particularly over most of Spain, central-southern France and central-northern Italy.

The map below shows the temperature of the land surface, not air temperature which is normally used in forecasts, on June 26. The white areas in the image are where cloud obscured readings of land temperature and the light blue patches are snow-covered areas. 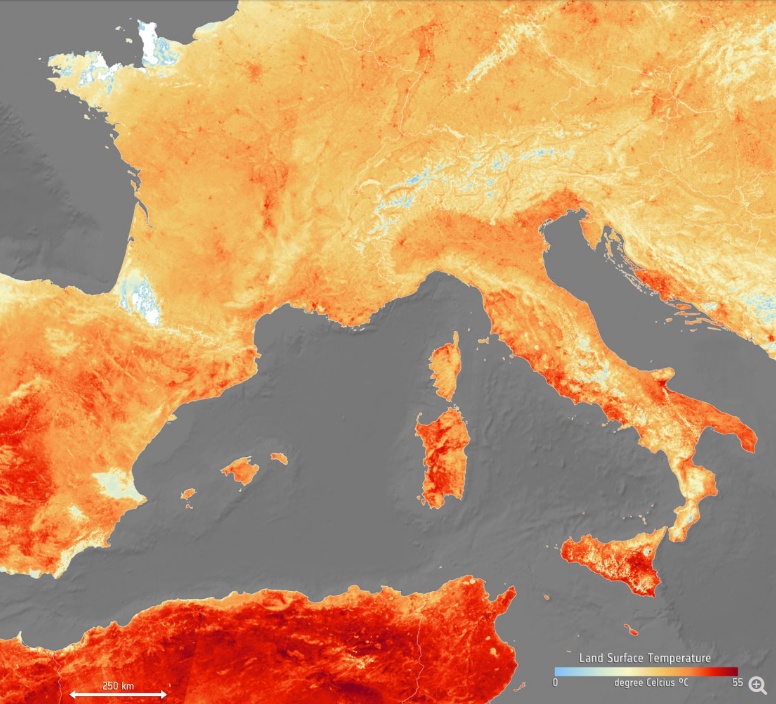