No corresponding signal was seen in regional infrasound data or cloudy satellite observations. Low-level seismic activity was elevated just before and after the event. In response to this activity, AVO is raising the Aviation Color Code YELLOW and Alert Level to ADVISORY.

Great Sitkin is monitored with a local real-time seismic network, which will typically allow AVO to detect changes in unrest that may lead to an explosive eruption. Rapid detection of an ash-producing eruption would be accomplished using a combination of seismic, infrasound, lightning, and satellite data. 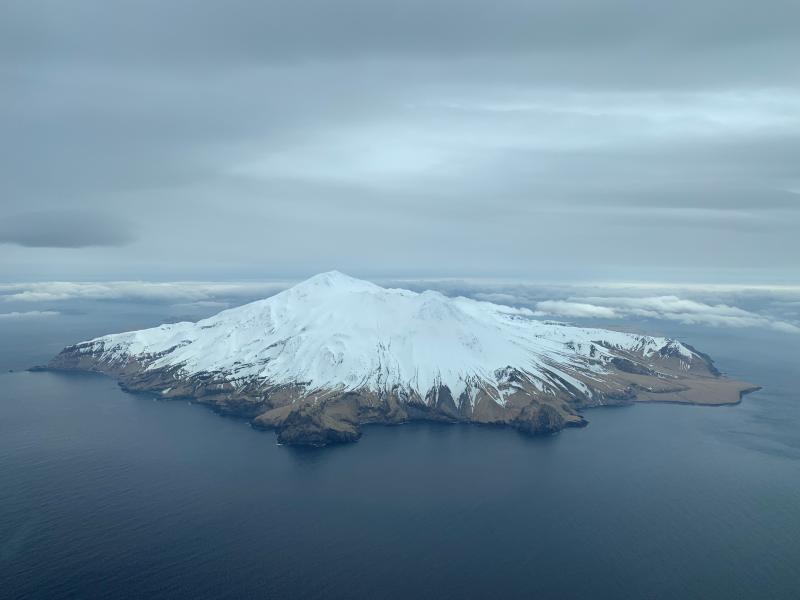 Great Sitkin volcano is monitored by a five-station seismic network on Great Sitkin Island and with additional seismic stations on the nearby islands of Igitkin, Adak, Kagalaska, and Kanaga. A six-element infrasound array to detect explosions (atmospheric pressure waves) was installed on Adak Island in June 2017.