The news was brought to our attention by volcanologist Tom Pfeiffer of Volcano Discovery on May 30, 2019. Their expedition leader reported an explosion in the Danakil Depression around 01:47 local time on May 27. His report mentions a fissure in the area north of Afdera volcano and south of the Erta Ale range, near the contact between the salt plain and the volcanic range.

"Contacts from on location and at the university confirmed that an eruption actually took place and formed a small cone," Pfeiffer noted. 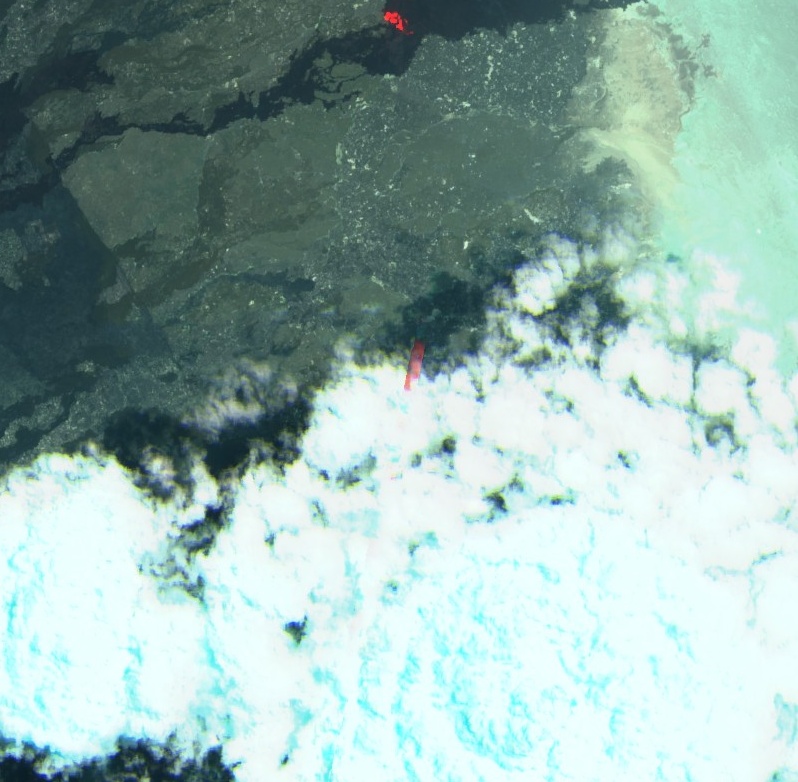 "If the thermal signal is from lava, which is very likely, it seems that a new eruptive fissure has opened up there," Pfeiffer said.

"An interpretation is that the central conduit still being largely blocked following the collapse events in early 2017 force magma to find alternative ("easier") pathways, such as during the (still ongoing) flank eruption from vents on the southern and southeastern flanks that followed."

Similar IR signatures (artefacts?) on May 19. 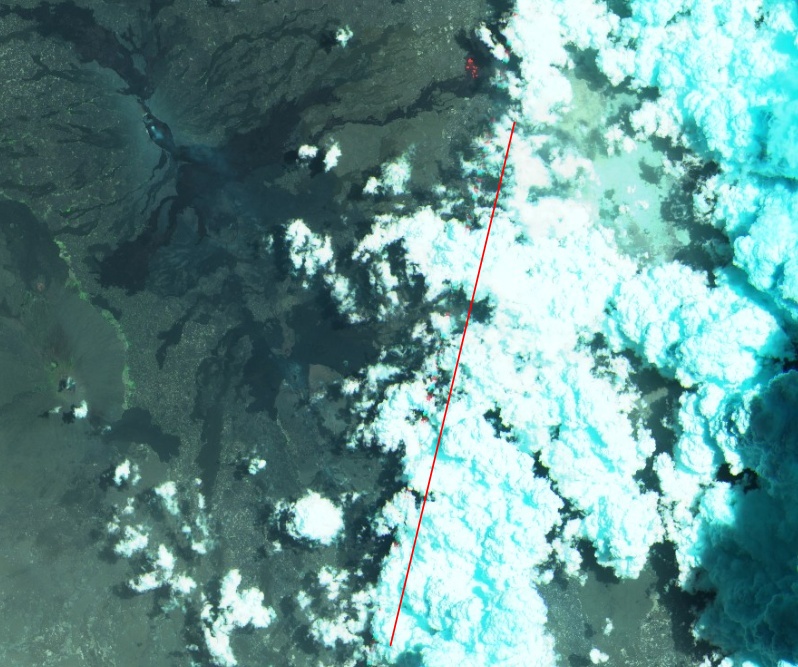 A cloudless image was acquired on May 14.

As reported by Volcano Discovery, visitors noted changes at Erta Ale’s lava lake from January 16 to 20, 2017, characterized by waves in the lava lake, intense spattering, fountaining, and rim overflows (mainly on January 17) which traveled as far as 1 km (0.62 miles).

During the evening of January 20, explosions of very large gas bubbles ejected spatter 30 m (98 feet) high. Crater rim collapses affected the N crater where a new oval-shaped pit crater (150 x 30 m and 20 m depth / 492 x 98 x 65 feet) formed during a 24-hour period. A large collapse also occurred in the S part of the crater. The activity was accompanied by ash emissions that rose as high as 800 m (2 624 feet). The report noted that on January 21 new fissures opened SSE from the summit caldera, producing large amounts of lava.

According to NASA's Earth Observatory, a satellite image acquired on January 26 showed two distinct infrared hotspots representing the SE lava flows. On January 27, Simon Carn stated that the eruption produced the largest SO2 emissions from Erta Ale ever measured from space.

Erta Ale is an isolated basaltic shield that is the most active volcano in Ethiopia. The broad, 50-km-wide (31 miles) edifice rises more than 600 m (1 968 feet) from below sea level in the barren Danakil depression. Erta Ale is the namesake and most prominent feature of the Erta Ale Range.

The volcano contains a 0.7 x 1.6 km (0.4 x 0.9 miles), elliptical summit crater housing steep-sided pit craters. Another larger 1.8 x 3.1 km (1.1 x 1.9 miles) wide depression elongated parallel to the trend of the Erta Ale range is located SE of the summit and is bounded by curvilinear fault scarps on the SE side.

Fresh-looking basaltic lava flows from these fissures have poured into the caldera and locally overflowed its rim.

The summit caldera is renowned for one, or sometimes two long-term lava lakes that have been active since at least 1967, or possibly since 1906. Recent fissure eruptions have occurred on the N flank.