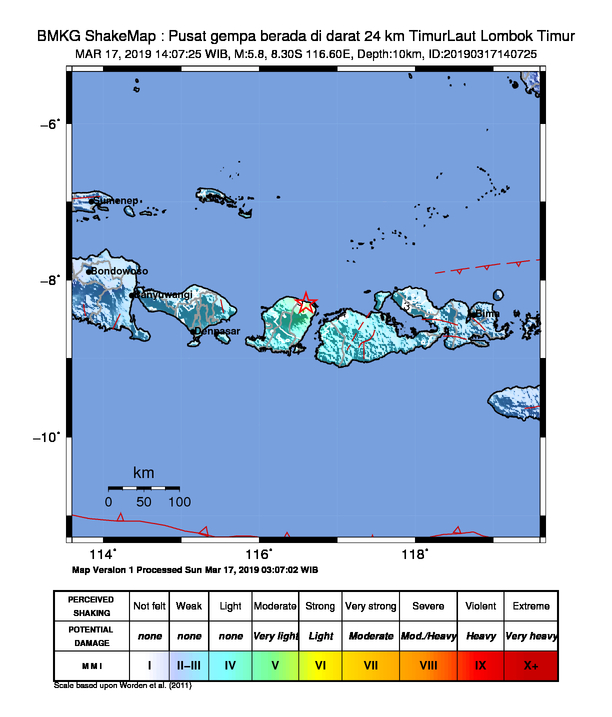 According to a statement released by the Meteorology, Climatology and Geophysics Agency, the quake caused a large landslide at the Tiu Kelep Waterfall in Bayan district, killing several people and trapping about 40.

"There were about 40 tourists affected by the landslide. Most of the victims were Malaysians and domestic tourists," the administration spokesman said in a statement. 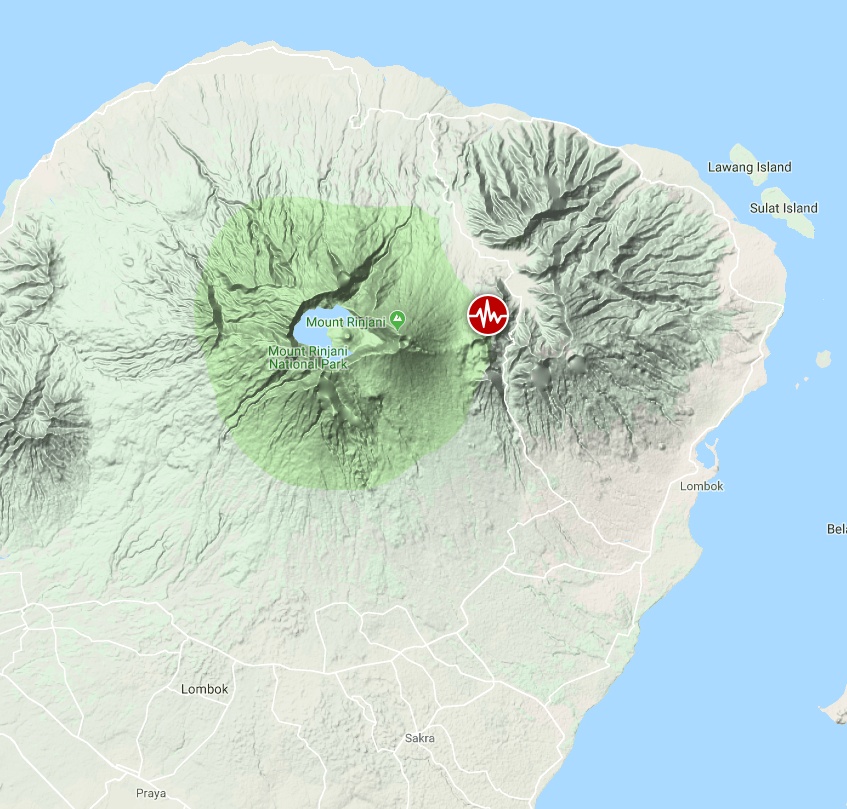 The Regional Disaster Mitigation Agency and the North Lombok Health Agency dispatched four ambulances to the scene, as well as medical and rescue personnel to aid and relocate victims.

At 12:35 UTC, the spokesman for Indonesia's disaster management agency, Sutopo Purwo Nugroho, said 2 people were killed and 44 injured. 32 homes collapsed and 499 were damaged.

This region was one of several badly damaged areas after a series of earthquakes hit the island in July and August 2018, killing more than 500 people and leaving more than 1 500 injured.