The eruption at Mount Bromo continues at moderate levels on March 18, 2019. This eruptive phase started on February 18, 2019 after 29 months of relative quiet.

The Alert Level of the volcano remains at 2 of 5 since 2016. Visitors and tourists are prohibited from engaging in activity within 1 km (0.62 miles) from the summit crater. 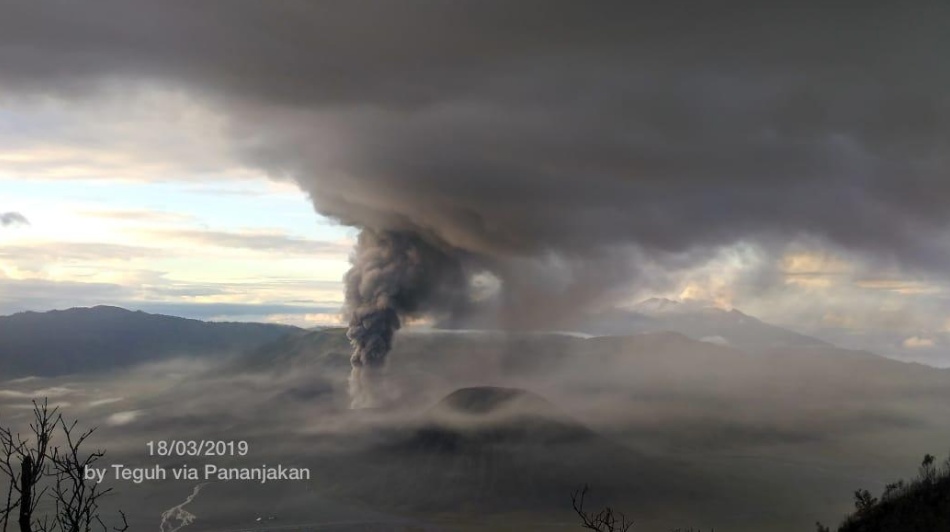 "According to the Bromo PVMBG, the mountain has been on Alert Level 2 [caution] since 2016 after its eruption in 2011. We are currently preparing to increase the alert level and security for Mt. Bromo visitors while coordinating with the central PVMBG," Bromo Tengger Semeru National Park (TNBTS) management head Jhon Kenedie said February 19.

Visitors are prohibited from entering a 1 km (0.62 miles) radius from the park's craters but Kenedie said they can still enjoy nearby hills and panoramas. 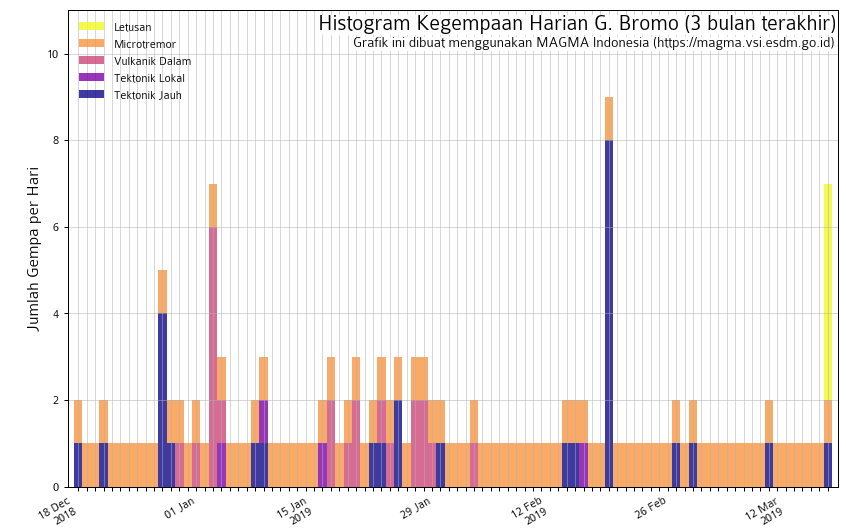 The 16-km-wide (9.9 miles) Tengger caldera is located at the northern end of a volcanic massif extending from Semeru volcano. The massive volcanic complex dates back to about 820 000 years ago and consists of five overlapping stratovolcanoes, each truncated by a caldera. Lava domes, pyroclastic cones, and a maar occupy the flanks of the massif.

The most recent of the calderas is the 9 x 10 km (5.6 x 6.2 miles) wide Sandsea caldera at the SW end of the complex, which formed incrementally during the late Pleistocene and early Holocene. An overlapping cluster of post-caldera cones was constructed on the floor of the Sandsea caldera within the past several thousand years.