The Japan Meteorological Agency (JMA) has raised the Alert Level for Asosan volcano, Kyushu, Japan from Level 1 to Level 2 (do not approach the crater) at 06:00 JST on March 12, 2019. The last eruptive episode of this volcano started on October 7, 2016 and ended on November 12 of the same year.

The decision to raise the alert level was made due to increasing gas emissions in February and seismicity in March. 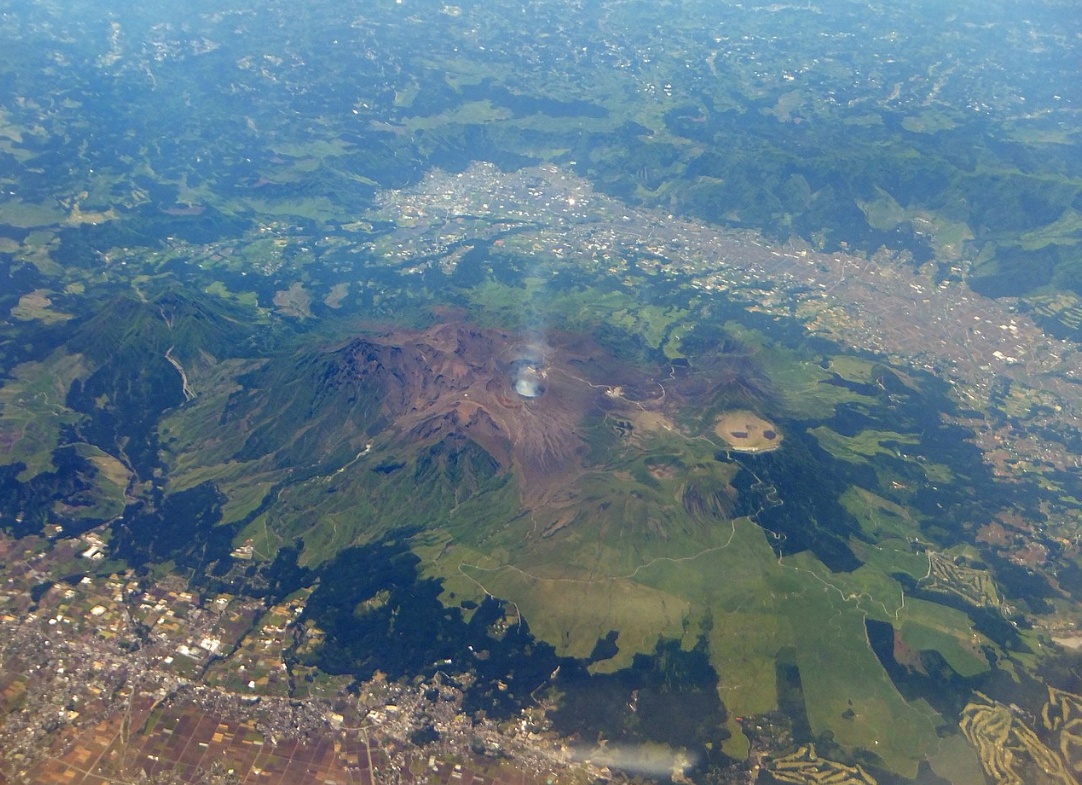 It was Asosan's first 'explosive eruption' at the peak since January 1989.

Japanese media said volcanic ash had accumulated on cars, houses and roads in the city of Aso, located about 8 km (5 miles) from the volcano. Ash, however, was reported as far as 320 km (200 miles) from the crater.

A window was cracked by a falling rock at an Aso youth center about 5 km (3 miles) away from the crater.

Farmers have reported that some vinyl greenhouses where tomatoes and asparagus were being grown, 6 – 8 km (4 – 5 miles) away from the crater, had been broken by ash and small rocks.

Some 29 000 households lost power shortly after the eruption, but the problem was fixed in less than two hours, Kyushu Electric spokesman said and added the eruption had no impact on its Sendai nuclear plant, located about 160 km (100 miles) south of the volcano.

The 24-km-wide (14.9 miles) Asosan caldera was formed during four major explosive eruptions from 300 000 to 90 000 years ago. These produced voluminous pyroclastic flows that covered much of Kyushu.

The last of these, the Aso-4 eruption, produced more than 600 km3 (144 mi3) of airfall tephra and pyroclastic-flow deposits. A group of 17 central cones was constructed in the middle of the caldera, one of which, Nakadake, is one of Japan's most active volcanoes. It was the location of Japan's first documented historical eruption in 553 AD.

The Nakadake complex has remained active throughout the Holocene. Several other cones have been active during the Holocene, including the Kometsuka scoria cone as recently as about 210 CE.

Historical eruptions have largely consisted of basaltic to basaltic-andesite ash emission with periodic strombolian and phreatomagmatic activity. The summit crater of Nakadake is accessible by toll road and cable car, and is one of Kyushu's most popular tourist destinations. (GVP)