Four days of heavy snowfall came to an end on February 28, 2019, leaving statewide snowpack at 153% of normal. Snow depths and water content equaled California's all-time record level for February. While most of the state's reservoirs are at or above 100% of their historical average, more heavy rain and snow are in expected this week.

The Department of Water Resources (DWR) conducted its third Phillips Station snow survey of 2019 to get a better picture of the Sierra Nevada's water content as a whole.

All weather events combined, but mostly several atmospheric rivers, brought the statewide snowpack to 153% of normal. 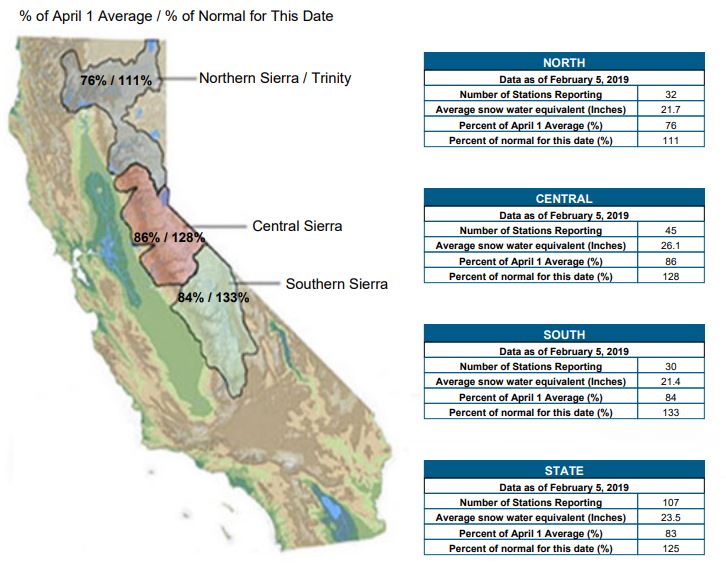 Snow water equivalent is defined as the depth of water that theoretically would result if the entire snowpack melted instantaneously – it is extremely important for drinking water and drought considerations.

"This winter’s snowpack gets better each month and it looks like California storms aren’t done giving yet," said DWR Director Karla Nemeth. "This is shaping up to be an excellent water year." 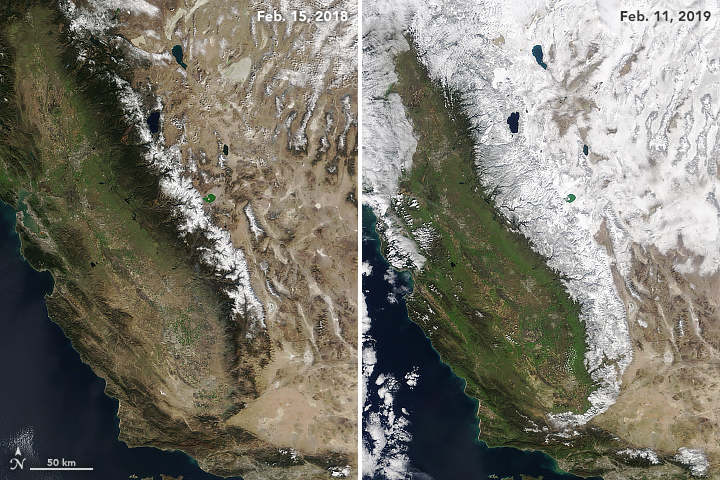 Deep moisture associated with the next Pacific storm is forecast to bring heavy rain, with heavy mountain snow, and potential for flash flooding to portions of central and southern California Tuesday and Wednesday, March 5 and 6, 2019.