Two massive sinkholes have opened up in a clover field in the Resadiye neighborhood of Karapinar city, central Turkey's Konya Province over the past few days. Karapinar district, built on a volcanic field, is home to about 55 734 people and an increasing number of sinkholes. Local are expressing fears that some of their homes are about to be swallowed.

Karapinar Municipality officials wired off both sinkholes to prevent accidents.

Owner of the field where the holes opened said they heard their dogs barking as one of the holes opened, adding that another similar sinkhole opened up in his field about 8 months ago.

Other sinkholes had emerged in the area in previous years and experts said the geological structure of the region and heavy rainfall contributed to the increase in sinkholes. 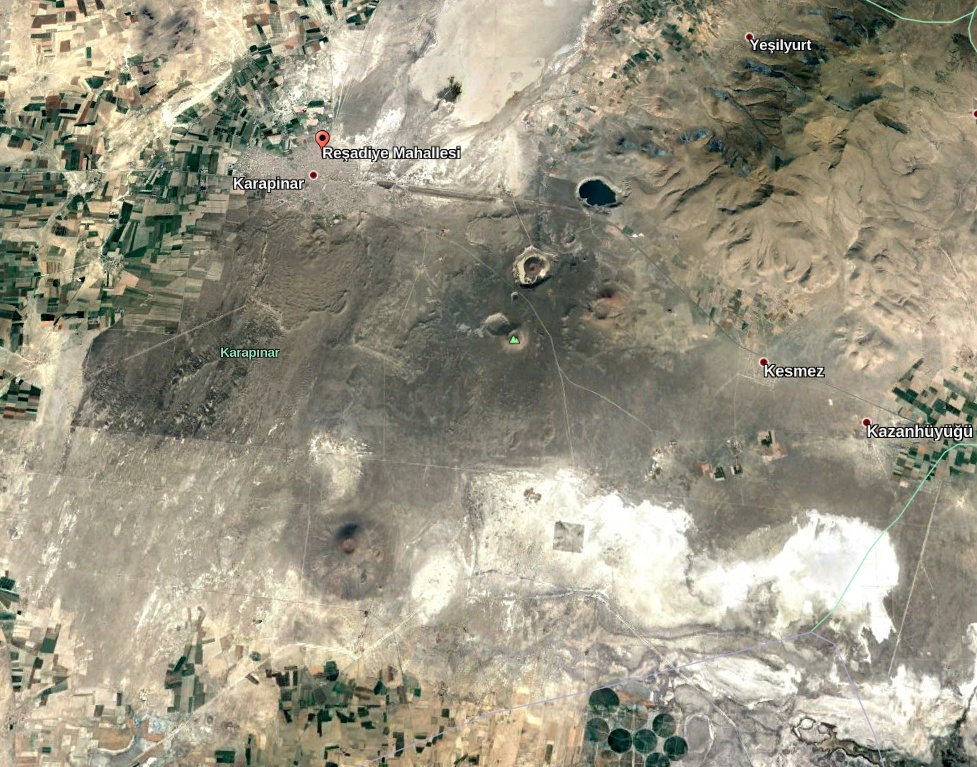 On June 29, 2015, the Daily Sabah reported nine new sinkholes opened up around Karapinar in just three months. Some of the holes were about 70 m (230 feet) deep.

The Karapinar city was built on the Karapinar Volcanic Field, consisting of five cinder cones, two lava fields and several explosion crater and maars. Meke Dağı, at 300 m (980 feet) in elevation, is one of the largest cinder cones in the Central Anatolia Region. 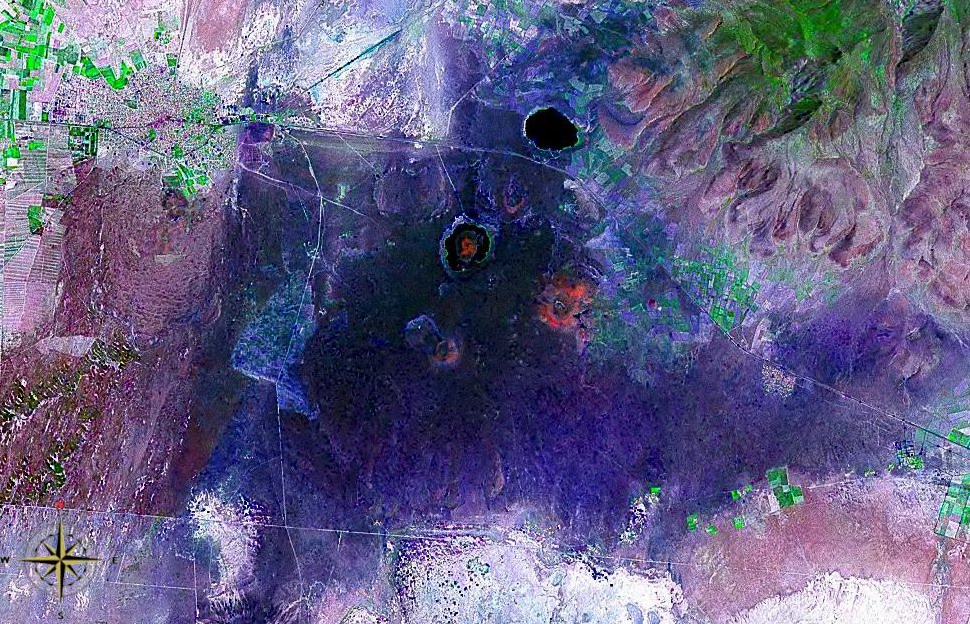