A low pressure area described by NWS Honolulu as historic is affecting Hawaii with strong gusty winds, rain squalls and large destructive surf since Friday, February 8, 2019. The storm, known as Kona low, is now slowly drifting NE of the state but strong winds will continue overnight and authorities urge people to remain cautious. One person was killed during the storm and over 25 000 customers left without power. The DLNR Division of State Parks reports that for perhaps the first time ever, snow has fallen in a Hawai‘i State Park.

"The forecasters were spot on with their predictions. They’re calling this an unprecedented event and we concur that we rarely if ever have seen the combination of record high on-shore waves, coupled with gale force winds," Sam Lemmo, administrator of Hawaii’s Department of Land and Natural Resources (DLNR) said. 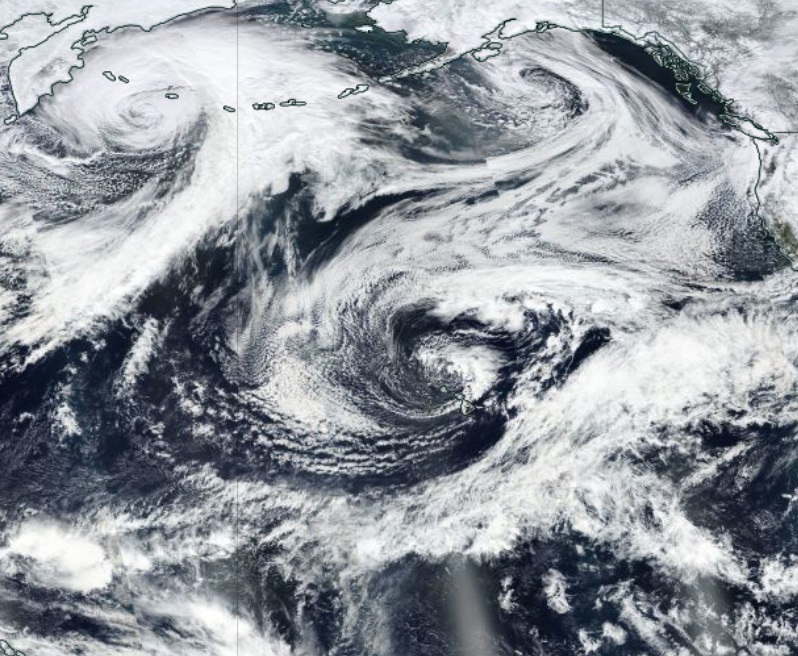 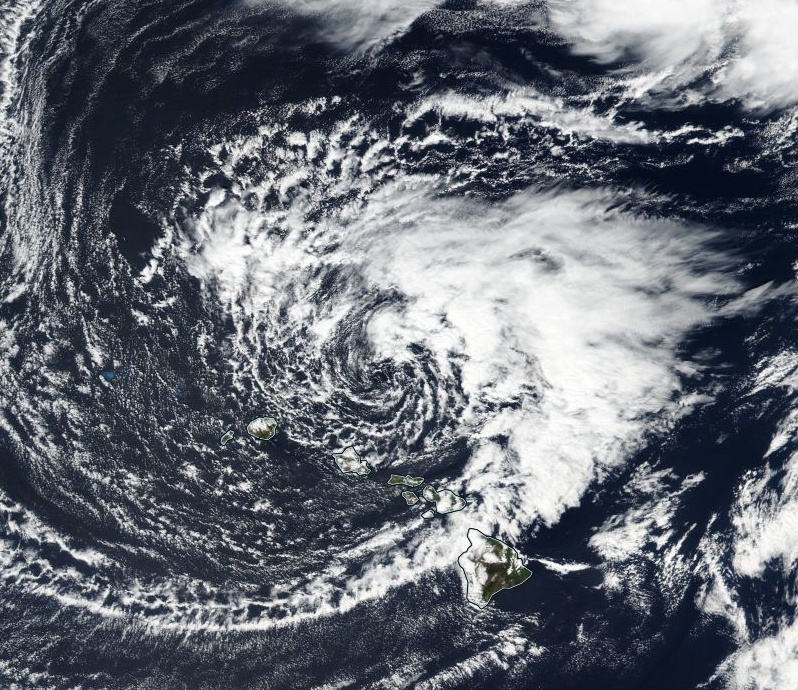 "That’s the strongest wind gust I’ve ever seen [at Mauna Kea]," said Jon Jelsema, senior forecaster at the Weather Service office in Honolulu. "We tend to get a gust maybe to 241 km/h (150 mph) once a winter or so, but never 191 mph."

Officials opened two evacuation centers Sunday morning and urged residents to monitor conditions and be cautious, especially those living on the north shores where coastal flooding was expected.

A 66-year-old California man died Friday, February 8 after getting stuck in rough ocean conditions in Napili Bay, off northwest Maui. One person was seriously injured when a utility pole fell on his vehicle on February 10.

The storm has forced the closure of numerous state parks across the state. Many campers cleared out ahead of the storm and officers from the DLNR Division of Conservation and Resources manned roadblocks on closed roads.

DLNR is particularly concerned about the possible impacts of wave inundation and shoreline retreat undercutting the foundations of some north shore homes, already under siege from previous coastal events.

The DLNR Division of State Parks reports that for perhaps the first time ever, snow has fallen in a Hawai‘i State Park. Polipoli State Park on Maui is blanketed with snow. It could also be the lowest elevation snow ever recorded in the state. Polipoli is at 1.8 km (6 200 feet) elevation.

"All of the emergency management agencies and the National Weather Service did a great job coordinating efforts, forewarning people, and from our observations, folks are paying attention," Case concluded.

Asked if this storm was more powerful than the 1980 Kona low, NWS Honolulu said its hard to say at this moment. "We are still busy forecasting the weather impacts. However, after the storm passes we'll have time for a more thorough historical analysis.

The 1980 Kona low caused severe weather across the entire state, forcing the closure of all airports. Rainfall was extremely heavy, surpassing 508 mm (20 inches) in many locations, particularly on the Big Island and Maui.

Winds from the storm averaged around 65 – 80 km/h (40-50 mph) on the open ocean, but varied tremendously on land due to unique geographic features.

Some areas experienced wind gusts well over hurricane force, including a low altitude gust of 171 km/h (106 mph) on Lahaina Roads, Maui. Haiku, on the windward coast of Maui, experienced a wind gust of 121 km/h (75 mph).

On the high mountain summits of the Big Island and Maui, winds of over 180 km/h (110 mp) were recorded.