Urgent measures are underway this week after a 'large and unusual' landslide that took place last month in remote Khabarovsk region, southern Russia, blocked Bureya River. The water level is now rising above the newly formed natural dam, forcing authorities to issue evacuation orders for downstream villages. This is the largest landslide event in Russia in recent years. 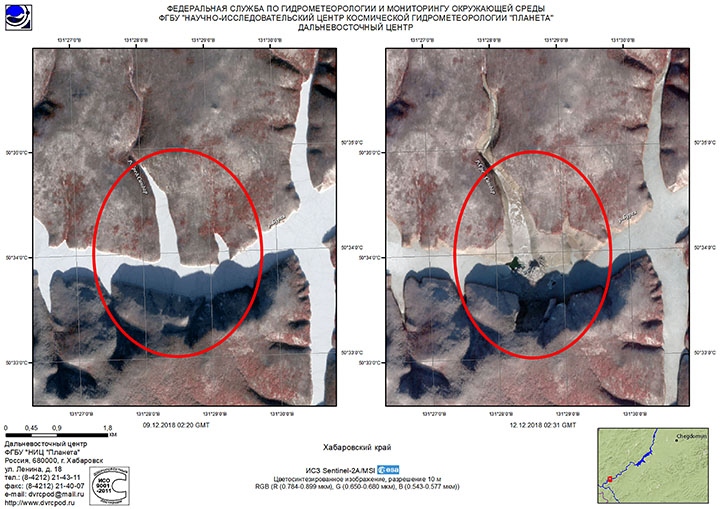 According to The Siberian Times, a state of emergency has been declared for Verkhnebureysky district of Khabarovsk region and the Bureysky district of Amur region due to flood threat. Officials have called in the army to help evacuate residents of remote villages.

A team of specialists, including geomorphologists, geologists, hydrologists and land-surveyors are now at the site conducting reconnaissance work.

"Given the significant size of the landslide, units of engineer and railway forces with special equipment, as well as army and transport aviation, will be involved in clearing the rock," a defense ministry source said.

Professor Dave Petley, one of the world's leading authorities on landslides, analyzed satellite imagery and concluded this was a rockslope failure. "The landslide appears to be about 500 m (1 640 feet) wide and up to about 1.5 km (0.93 miles) long."

Hunters who first reached the site said they were alerted by a sudden and inexplicable change in the flow of the river. They reported 'hot rocks' on which they could warm their hands, sparking a meteor impact theory.

Russian scientists are describing the slide as large and unusual.