Tropical Cyclone "Gaja," the 6th named storm of the 2018 North Indian Ocean cyclone season, continues tracking toward a landfall in southeastern India. RSMC New Delhi expects Gaja to intensify further into a Severe Cyclonic Storm and weaken back to Cyclonic Storm before it makes landfall sometime after 12:00 UTC, November 15 between Chennai and northern tip of Sri Lanka with wind speeds up to 90 km/h (56 mph) and gusts to 100 km/h (62 mph).

Gaja formed November 10 in the Bay of Bengal and continued strengthening. On November 14, the system appeared more organized than the previous day as powerful thunderstorms circled the center. A thick band of thunderstorms wrapped into the low level center from the eastern quadrant.

The Regional Specialized Meteorological Center for Tropical Cyclones over the Northern Indian Ocean or RSMC has issued a tropical storm warning for southern India. 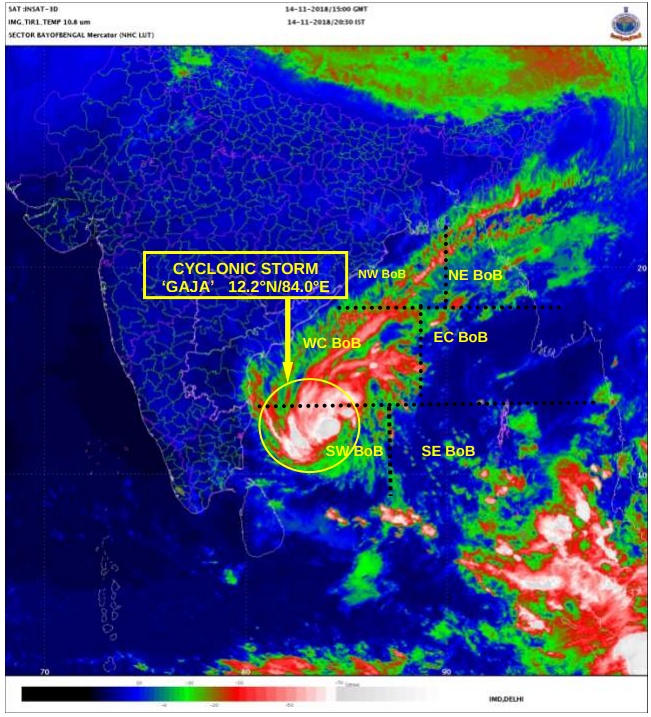 "It is very likely to move west-southwestwards and intensify further into a Severe Cyclonic Storm during next 12 hours. 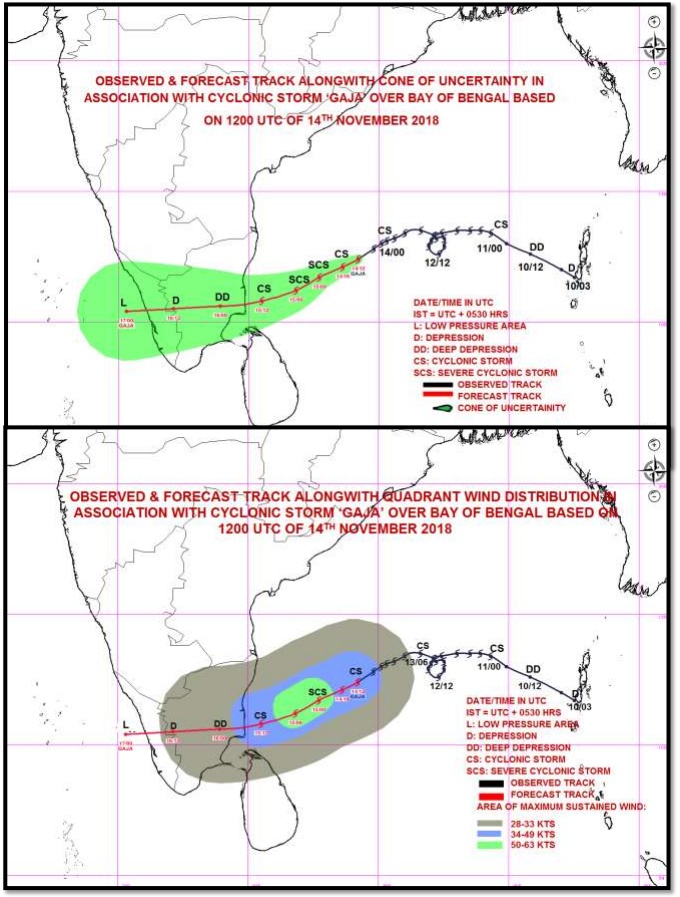 On November 15, Kerala should see rainfall at most places with heavy falls as islated places, as well as Rayalaseema, and South Coastal Andhra Pradesh.

Sea condition is high over Southwest and adjoining Westcentral Bay of Bengal. It will become ‘very high’ from early morning November 15 (IST) and high over the southwest Bay of Bengal during the afternoon. The sea condition is very likely to be rough to very rough along and off Tamil Nadu-south Andhra Pradesh coasts and high along and off Tamil Nadu and Puducherry coast from November 15 afternoon onwards.

Storm surge about 1 meter (3.3 feet) above astronomical tide is very likely to inundate low lying areas of Nagapattinam, Thanjavur, Pudukkottai and Ramanathapuram districts of Tamil Nadu and Karaikal district of Puducherry at the time of landfall.

Damage is expected over districts of Cuddalore, Nagapattinam, Tiruvarur, Thanjavur, Pudukkottai and Ramanathapuram, Tamil Nadu and Karaikal district of Puducherry.

Major damage is possible to thatched huts/houses, rooftops may blow off and unattached metal sheets may fly. Damage to power and communication lines is also possible as well as major damage to Kutcha and minor damage to Pucca roads, breaking of tree branches and uprooting of large avenue trees, damage to paddy crops, banana, papaya trees and orchards. Seawater inundation in low lying areas after erosion of Kutcha embankments is possible.

RSMS suggests the following actions: Total suspension of fishing operations along and off Tamil Nadu and Puducherry and adjoining south Andhra Pradesh coasts.

The fishermen are advised not to venture into Southwest and adjoining westcentral Bay of Bengal.

Coastal hutment dwellers are advised to move to safer places. Other people in the affected areas to remain indoors. 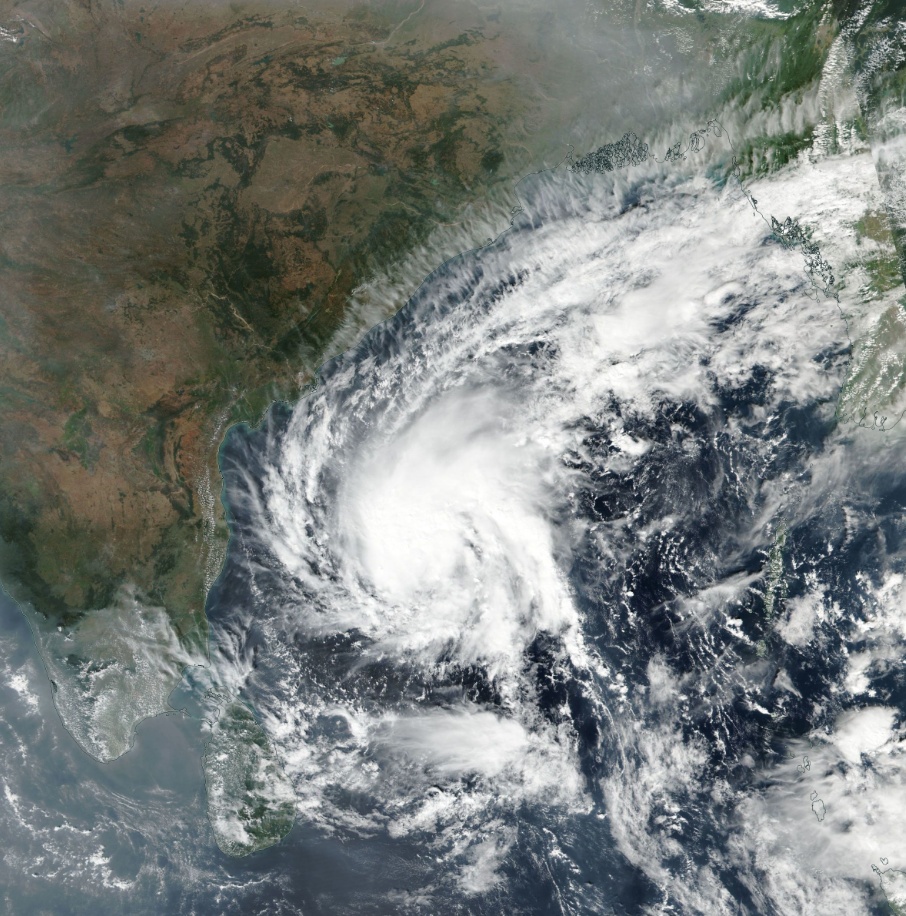 JTWC forecasters said the storm may likely hold together before it exits into the Arabian Sea.