The center of Typhoon "Yutu," known in the Philippines as Rosita, is just east of Luzon at 16:00 UTC, October 29. Yutu is expected to make landfall over Southern Isabela – Northern Aurora area by the end of the UTC day (05:00 – 07:00 local time, October 30) with maximum sustained winds of 150 km/h (92 mph). This would make it a Category 2 hurricane equivalent on the Saffir-Simpson scale. Storm surge up to 3 m (10 feet) is possible over some coastal areas along with moderate to heavy rain across Northern and Central Luzon.

Impact of the wind (TCWC 3) 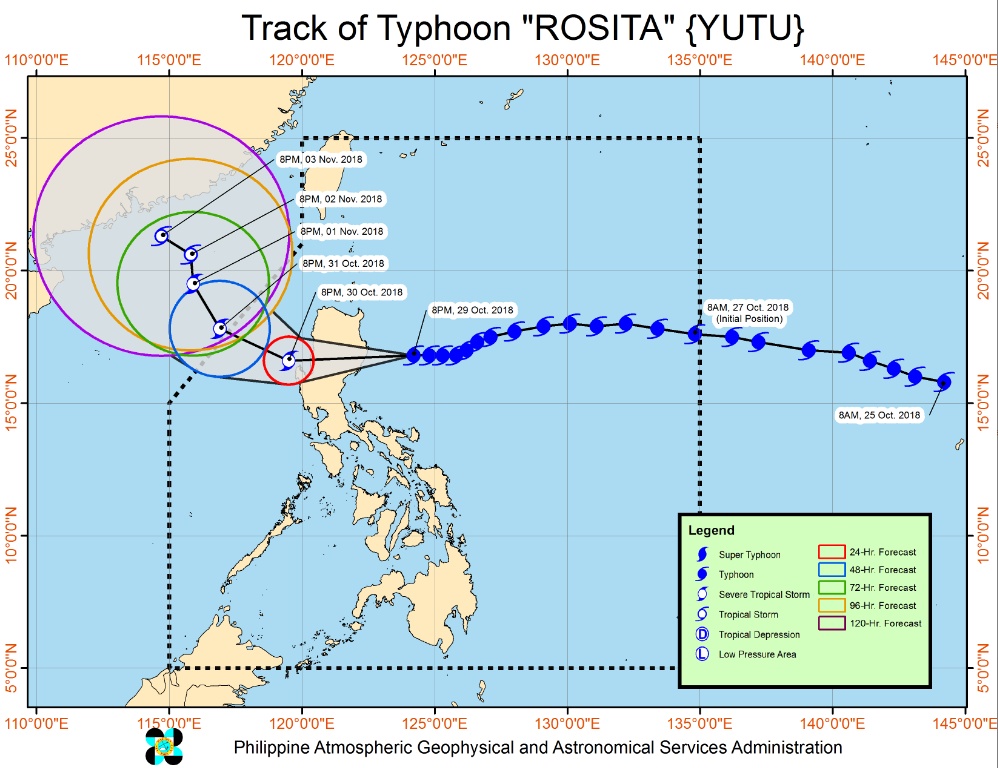 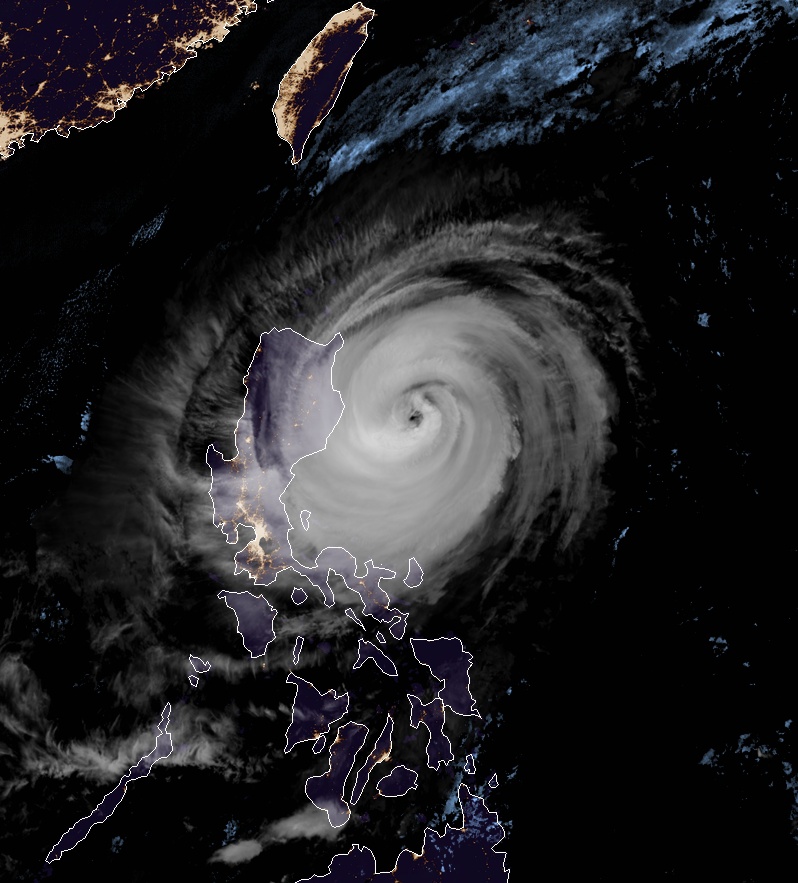 Residents in these areas, especially those living near river channels, in low-lying areas and mountainous areas, are advised to take appropriate actions against possible flooding and landslides, coordinate with the local disaster risk reduction and management offices.

Storm surge of up to 3 m (10 m) is possible over the coastal areas of Isabela, Cagayan, Aurora, Ilocos Sur, Ilocos Norte and La Union.

Yutu underwent explosive intensification after it was born on October 21 and made landfall in Tinian and Saipan, Northern Mariana Islands on October 24 as the most powerful storm on record to impact the islands – maximum sustained winds 285 km/h (180 mph).