A new phreatic eruption took place at Mount Gamalama volcano, Halmahera, Indonesia at 02:52 UTC on October 4, 2018. The last eruption of this volcano took place in 2016.

The eruption ejected volcanic ash up to 2.1 km (7 000 feet) above sea level. Ash column with moderate to thick intensity is headed to the northwest, Magma Indonesia said.

The activity level of the volcano remains at Level 2 (Warning) and the public is reminded to stay at least 1.5 km (0.93 miles) from the crater. 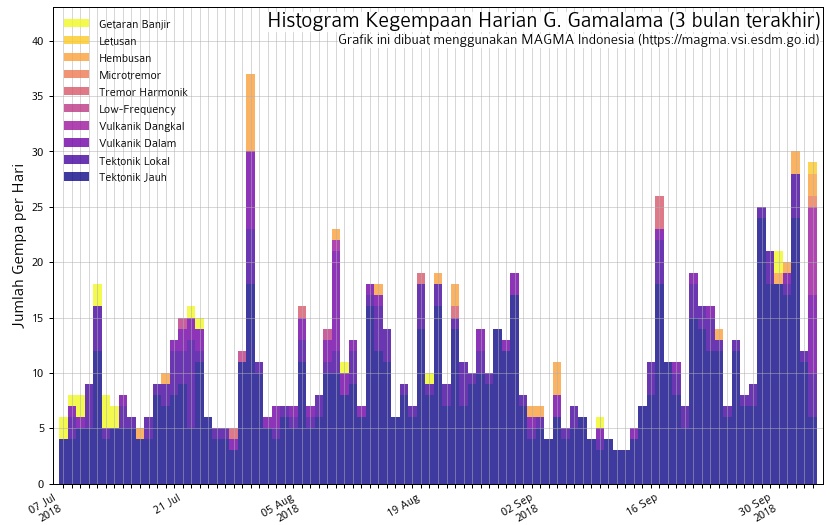 The last eruption of this volcano took place on August 3 and 4, 2016. It had Volcanic Explosivity Index of 1. 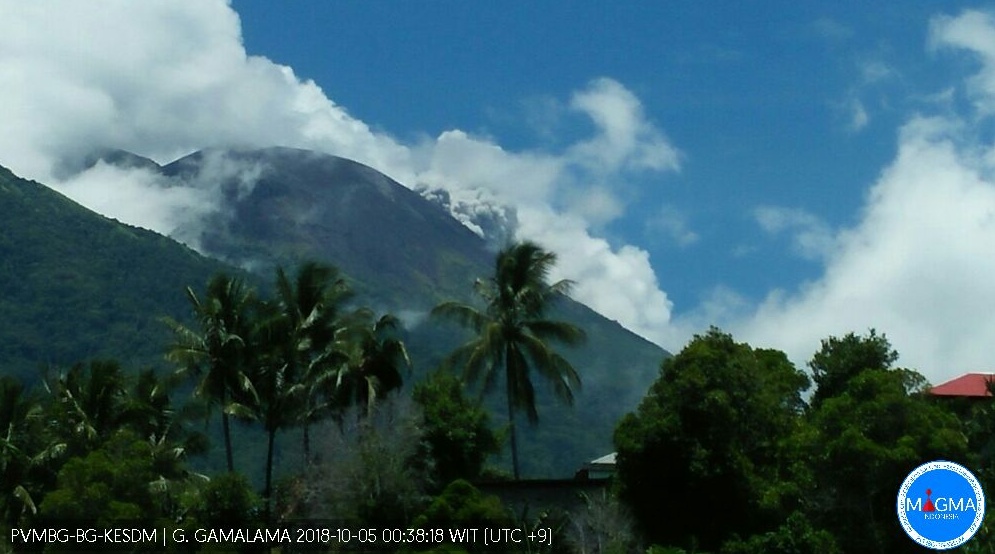 Gamalama (Peak of Ternate) is a near-conical stratovolcano that comprises the entire island of Ternate off the western coast of Halmahera and is one of Indonesia's most active volcanoes.

The island of Ternate was a major regional center in the Portuguese and Dutch spice trade for several centuries, which contributed to the thorough documentation of Gamalama's historical activity.

Three cones, progressively younger to the north, form the summit of Gamalama, which reaches 1715 m. Several maars and vents define a rift zone, parallel to the Halmahera island arc, that cuts the volcano.