Tropical Storm "Maria" formed July 4, 2018, very close to Guam as the 8th named storm of the 2018 Pacific typhoon season. On July 5, Maria intensified into a Severe Tropical Storm, or Category 1 typhoon according to JTWC. 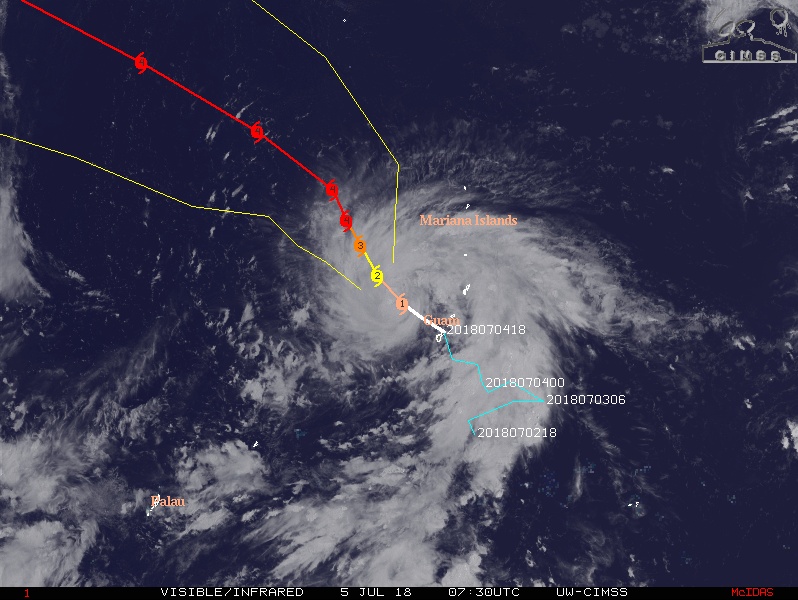 Maria dumped heavy rain (up to 150 mm / 6 inches) on Guam and produced gusty winds and minor storm surge as it passed over.

The system is still affecting Guam and the Northern Mariana Islands but conditions are expected to improve by early Friday, July 6 (local time).

This storm will continue intensifying over the next couple of days, quite possibly reach super typhoon status (JTWC) and could come close to the Ryukyu Islands, Japan early next week. 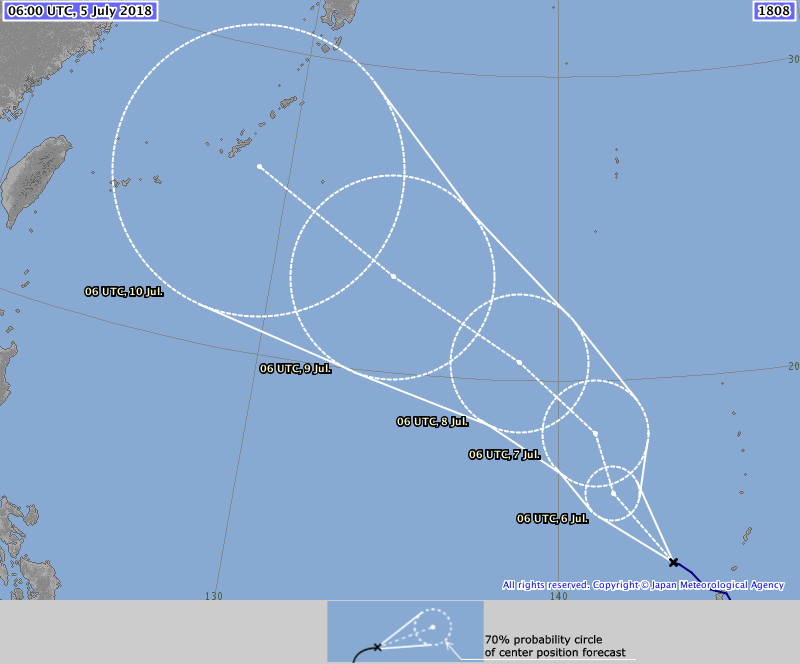 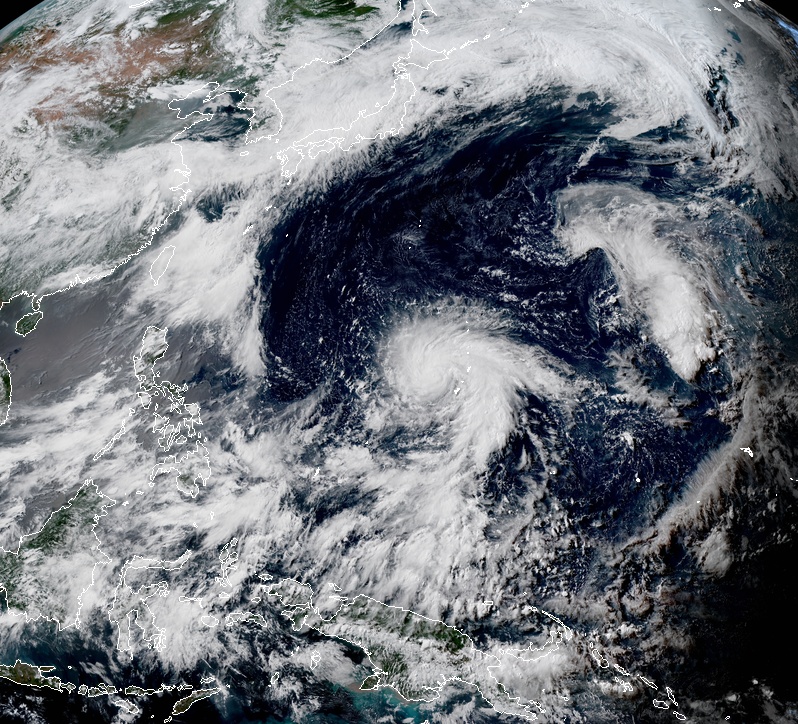 Taiwan's Central Weather Bureau said the storm should not have a direct impact on Taiwan. However, if a high pressure system strengthens, Maria could change its course and lash northern Taiwan by Monday, July 9.

It is still too early to make an accurate prediction as Maria's future path could be drastically changed.