Residents of Uttar Pradesh's Muzaffarnagar district claim that two meteorites have fallen from the sky on June 29, 2018, after heavy rain in the area.

The objects, so far two of them, have been found near a house in Kasoli village after a loud noise shook the region. Both were handed over into 'safe custody' to sub-divisional magistrate.

"Both the objects resembled quartz in appearance but their exact nature will be ascertained after proper analysis. The stones will be sent to the Indian Institute of Sciences (IISc) in Bangalore for analysis," Muzaffarnagar’s district magistrate Rajeev Sharma said.

According to Newsheads, a farmer and his brother saw the meteorites falling from the sky with a loud bang after heavy rain in the area. 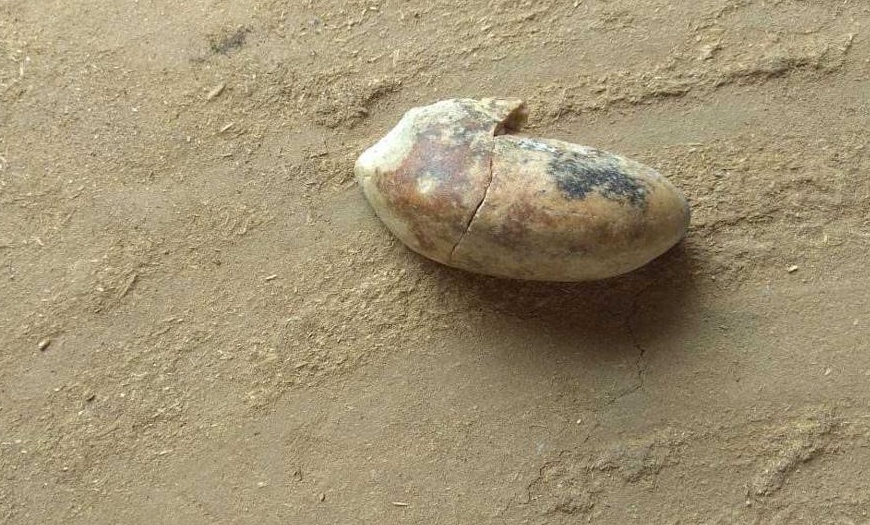 One of the suspected meteorites that crashed near a house in  Kasoli village, Muzaffarnagar district, Uttar Pradesh, India on June 29, 2018. Credit: HTP, via HindustanTimes

"Both stones were very hot and white in color," they said. "Their outer surface, however, turned black and brown perhaps due to overheating," one of the brothers said.

This is not the first such report coming from the same district, NDTV said.

In November 2003, the scientist had confirmed the finding of a big black-coloured meteorite in Kasoli village. The meteorite had a diameter of 29 cm (11.4 inches) and was 11-cm (4.3 inches) thick. It had created a 38-cm (15-inch) deep crater when it landed in the village.

Two meteorites were found in the Karimpur village in the district in 2009.

Featured image: One of the suspected meteorites that crashed near a house in Kasoli village, Muzaffarnagar district, Uttar Pradesh, India on June 29, 2018. Credit: HTP, via HindustanTimes