Nearly 200 homes were destroyed by lava over the past 48 hours, bringing the total number to nearly 300 since Kilauea begun erupting on May 3, 2018.

"It is safe to say that hundreds of homes were lost," Janet Snyder, a spokeswoman for Hawaii County said Tuesday, June 5, 2018, referring to events that happened overnight Tuesday in the Kapoho Beach Lots and Vacationland neighborhoods.

"Lava is extending 1.1 km (0.7 miles) from the former coastline. To the south, lava is entering the water at the Vacationland tidepools, having inundated most of that subdivision. To the north, lava has covered all but the northern part of Kapoho Beach Lots. The northernmost lobe of the Fissure 8 flow, in the Noni Farms Road area, advanced downslope about 180 m (200 yards) overnight." 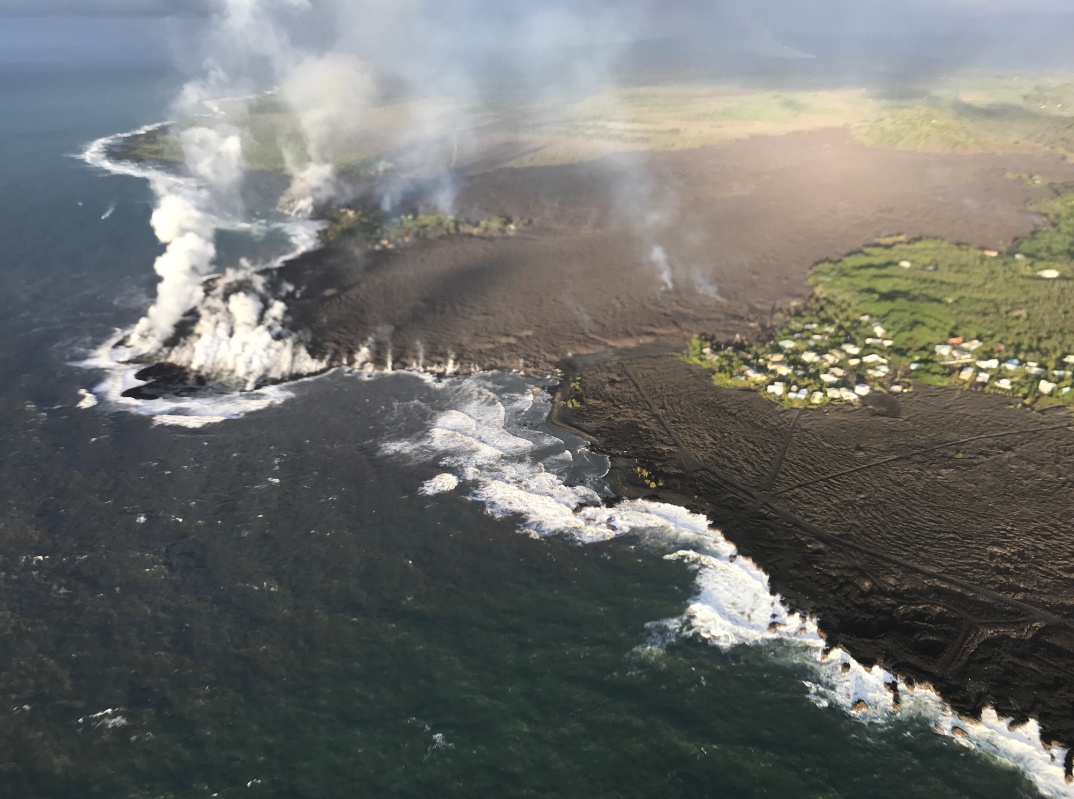 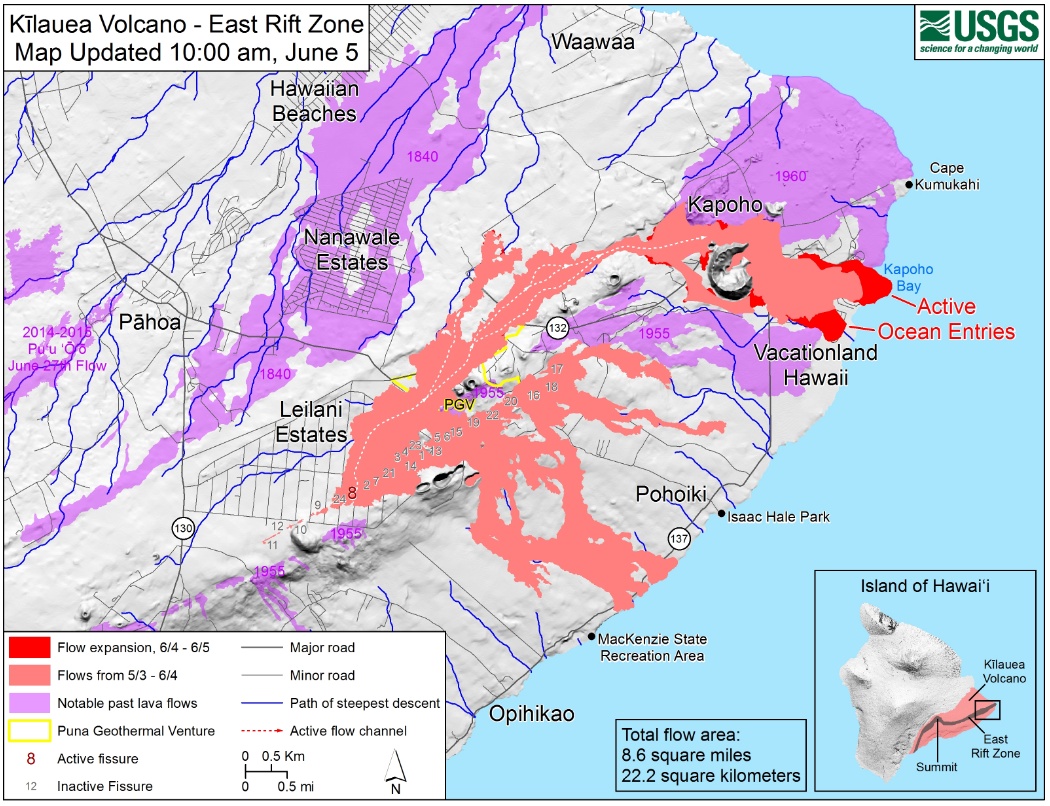 According to estimates made by videographer Mick Kalber, who once again provided overflight video over Kapoho on Tuesday morning, the lava flow has 'destroyed nearly 200 homes in just the past 36 hours.'

"By this morning, lava had absolutely decimated the pristine coastal vacation spots, which included some of the best snorkeling reefs in East Hawaii. Many of the homes in the upscale gated community of Kapoho Beach Lots were valued at several million dollars each. These were vacation homes and rentals, as well as primary residences."

This eruptive activity continues to feed a channel transporting lava to the east to the ocean entry in the Kapoho Bay area. Minor breakouts along the channelized flow have been very small and stagnated before traveling any significant distance.

Pele's hair and other lightweight volcanic glass from high fountaining of Fissure 8 are falling downwind of the fissure and accumulating on the ground within Leilani Estates. Winds may waft lighter particles to greater distances.

Volcanic gas emissions remain very high from the fissure eruptions and trade wind conditions are currently bringing vog to the south and west sides of the Island of Hawaii.