Three new fissures have opened up in Kilauea's ongoing East Rift eruption, bringing the total number of eruptive to 18 so far. Spattering is noted, forcing some local residents to evacuate, and the USGS warns that more activity is likely along the rift.

This outbreak is very close to the Puna Geothermal Venture plant, where plant operators removed 60 000 gallons (227 000 liters) of highly flammable pentane earlier in the week.

During a May 9 press conference, Hawaii Governor David Ige said that authorities are also concerned about the effects of lava on the plant's geothermal wells.

This new eruptive phase follows a dramatic week in the ongoing and very complex Kilauea eruption.

On May 9th, the USGS warned of possible steam-driven eruptions at Kilauea's summit once the rapidly falling lava lake up there gets below ground-water level.

A half-hour later, there was a big explosion from the summit crater. During a community meeting that evening, scientists from the Hawaiian Volcano Observatory reported that it was not the expected phreatic explosion; instead, a small eruption-related earthquake had triggered rockfall into the lava lake, causing an explosion.

Also during that meeting, volcanologists said that Hawaii Volcanoes National Park would close because of this concern. While such steam-driven eruptions at the summit could hurl huge boulders a short distance from the crater, the main problem for residents in the area will be ashfall like that accompanying a similar Kilauea eruption in 1924.

This ash-fall would not be life-threatening but it can be irritating and dangerous to health and property.

Sulfur dioxide and other volcanic gases continue to make the Puna District's new fissures hazardous. Hawaii National Guard personnel have been monitoring air quality there. As well, they are preparing for a mass evacuation of the area by sea and air if larger lava flows begin. 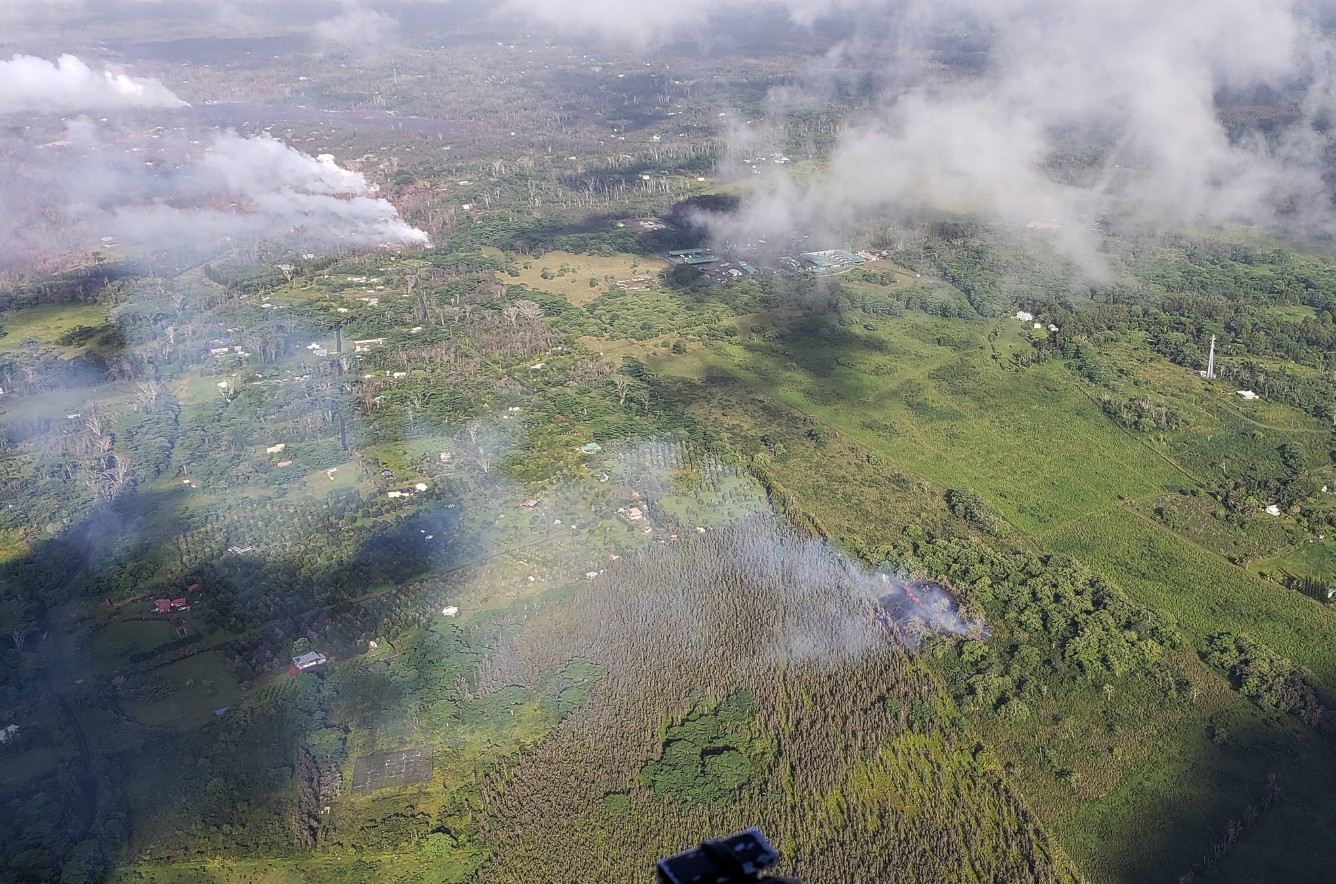 The disaster declaration means that federal assistance will be available for public facilities such as roads, public parks, schools and water pipes damaged or destroyed by the Kilauea volcanic eruption and earthquakes. It also covers costs for emergency protection measures including personnel for security and roadblocks, geologists and the military.