An unusual smell was detected in an ice cave known as Kristallinn (Crystal) in Breiðamerkurjökull, Iceland on March 25, 2018. Specialists from the Iceland Met Office are now using equipment to measure for sulfur dioxide and sulfur hydroxide in the cave.

The cave is not far from Öræfajökull which has experienced seismic unrest this year but it's unclear at this time whether the two are connected.

"Whether this is connected to Öræfajökull is too early to say but we do know that there is something going on in Öræfajökull," Bjarki Kaldalón Friis of the Iceland Met Office said.

A pilot flying over Öræfajökull volcano in November 2017 noticed a new ice-cauldron within the volcano's caldera and authorities raised the aviation color code to yellow. It was later concluded that the caldera had deepened by 20 meters (65 feet) and crevasses have become larger since it was first spotted. 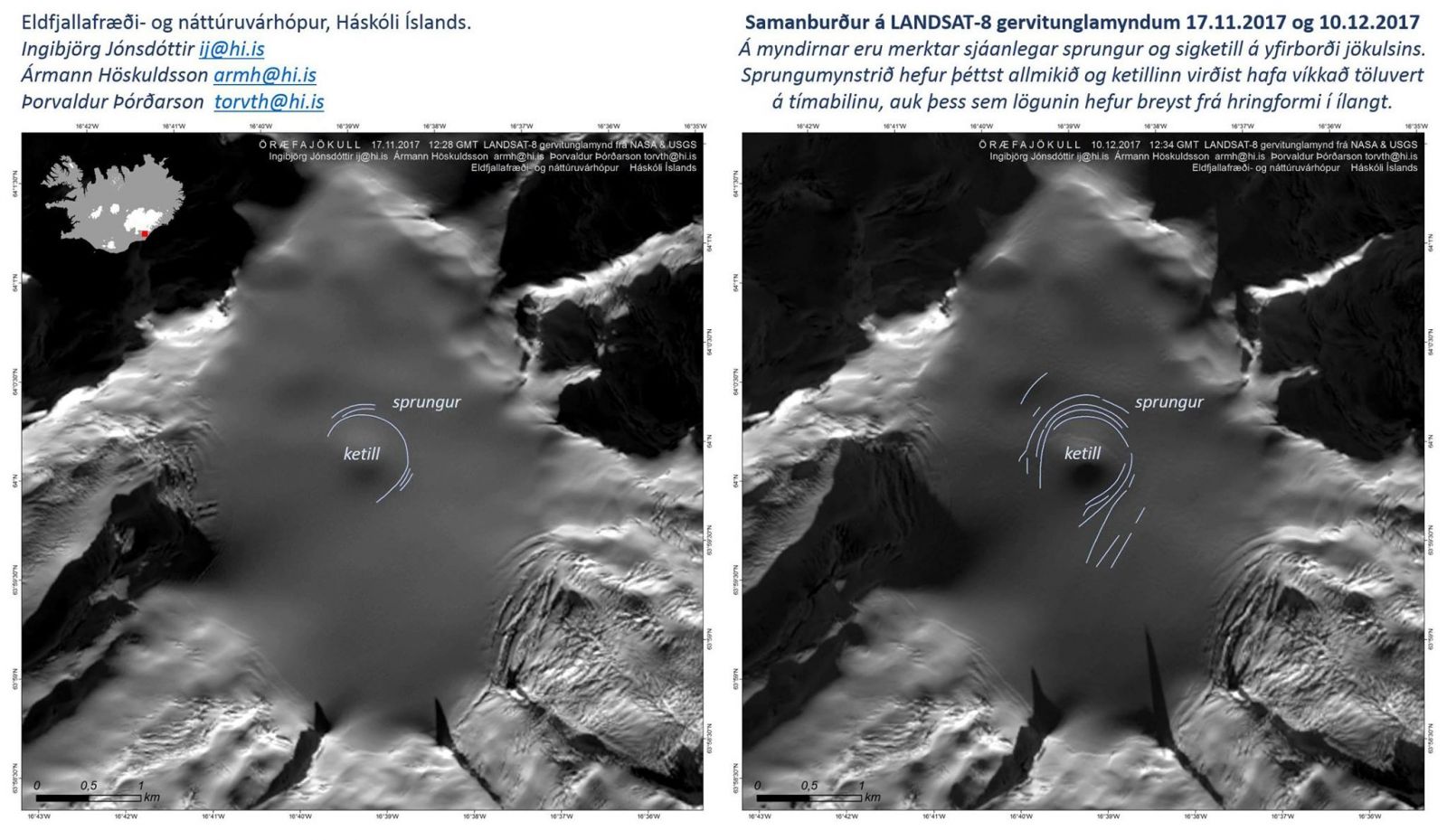 Image showing widening of Öræfajökull cauldron. Left image: November 17, 2017. Right image: December 10, 2017. The word 'ketill' is the cauldron, and 'sprungur' are the crevasses. Image credit: Volcanology and Natural Disasters Group of the University of Iceland

On February 9, 2018, Öræfajökull was hit by M3.6 earthquake, largest on record since instrumentation in the area started in 1976.

The last eruptive episode of this volcano started in August 1727 and ended in May 1728.

Öraefajökull, Iceland's highest peak, is a broad glacier-clad central volcano at the SE end of the Vatnajökull icecap. A 4 x 5 km (2.5 x 3 miles) subglacial caldera truncates the summit of the dominantly basaltic and rhyolitic volcano.

It and another eruption during 1727-28 were accompanied by major jökulhlaups (glacier outburst floods) that caused property damage and fatalities. (GVP).