According to the USGS, some 128 000 people are estimated to have felt moderate shaking.

However, CSN Chile reports very strong shaking in Arica and in the village of Codpa. Strong shaking was reported in Cuya, Pocon Chile and Putre. 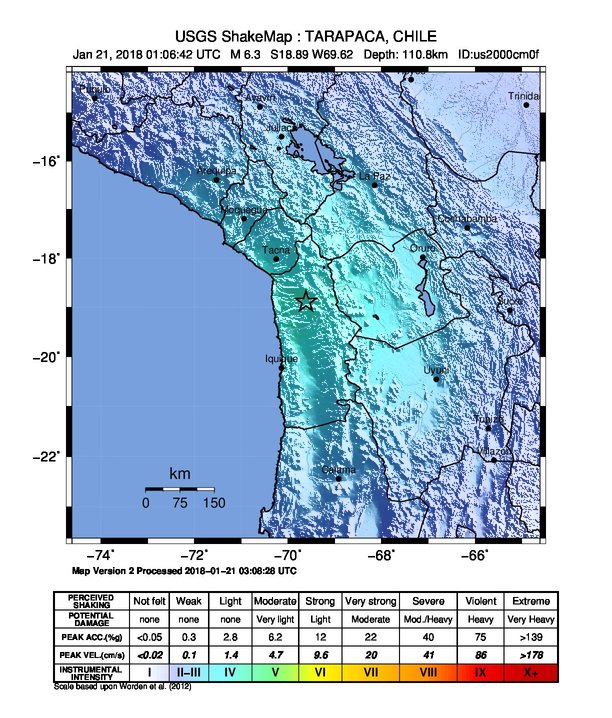 Overall, the population in this region resides in structures that are vulnerable to earthquake shaking, though resistant structures exist. The predominant vulnerable building types are adobe block with concrete bond beam and unreinforced brick with concrete floor construction. Recent earthquakes in this area have caused secondary hazards such as landslides that might have contributed to losses. 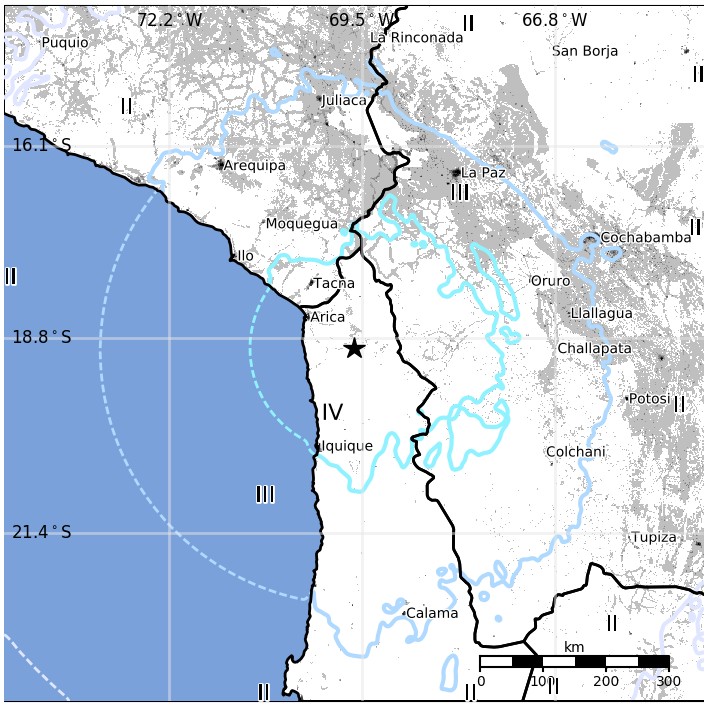 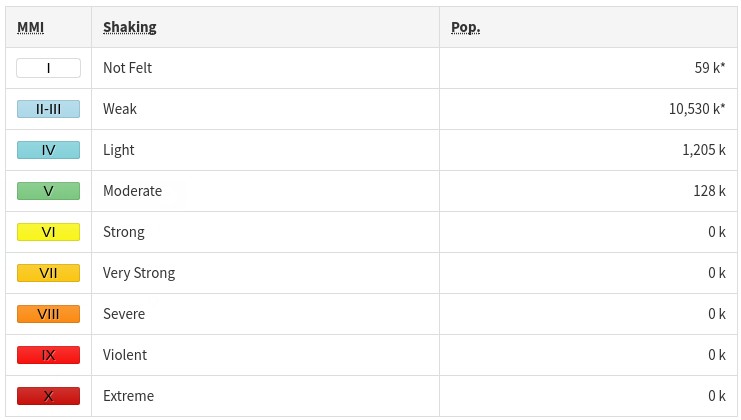 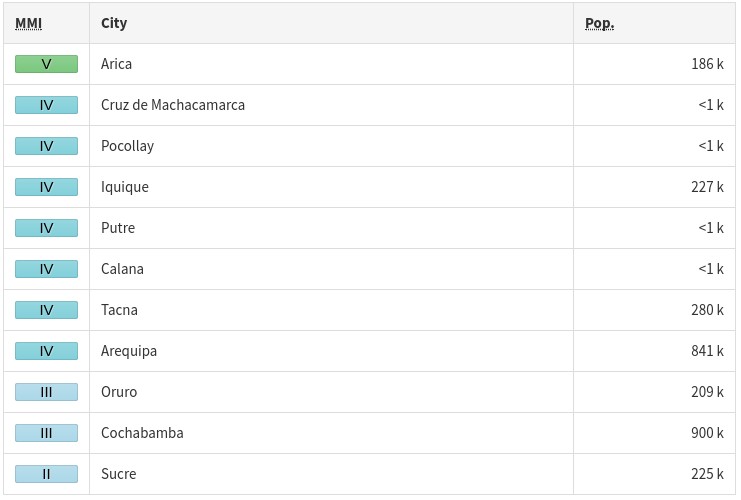 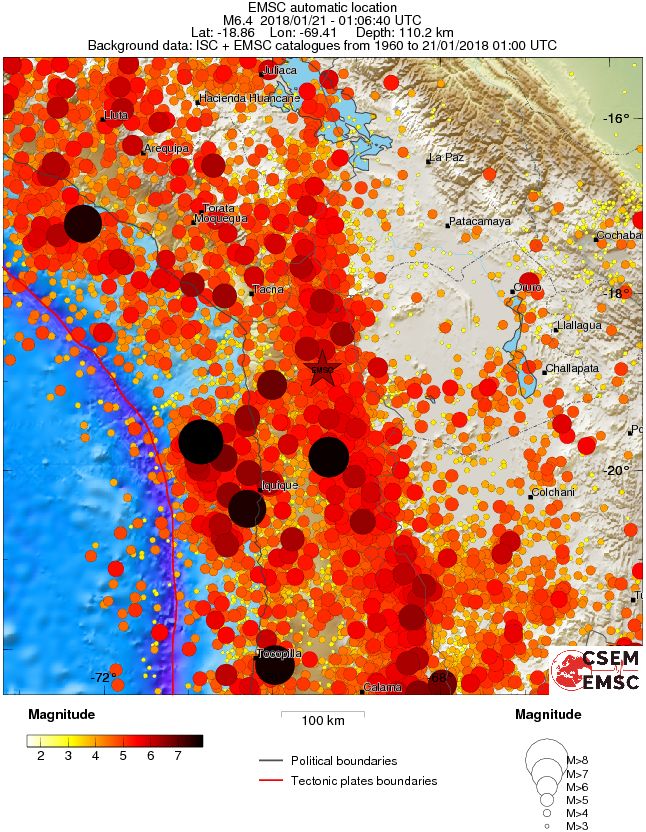